END_OF_DOCUMENT_TOKEN_TO_BE_REPLACED
In all the time that I’ve been writing about EVE Online, one of the most common recurring comments is that the game badly needs some compelling avatar-based gameplay. Many people have been compelled to try EVE over the years after hearing some crazy story of a record-breaking heist or massive ship battle only to be put off that you spend all of your time trapped inside a spaceship (or an escape pod if you run into trouble). CCP has even been teasing us with the idea of getting out of our ships and walking around inside stations since as far back as Fanfest 2006, but the feature never fully materialised.

Originally called Ambulation and later renamed to Walking in Stations, EVE‘s avatar gameplay represented a massive technical challenge of a scale that the studio had never tackled before. The feature was reportedly partially developed and then scrapped several times over the years, with grand plans periodically emerging for things like player-owned social bars, gambling minigames, and holographic war rooms. When the feature finally landed in 2011’s Incarna expansion, it didn’t live up to expectations, and the backlash from its ludicrous microtransaction prices and the perception of wasted developer time had serious repercussions for CCP’s bottom line. Development on avatar-based gameplay ceased at that point, but nearly five years on I’m beginning to think that now would be the perfect time to revisit it.

In this edition of EVE Evolved, I look at the reasons that avatar gameplay failed in EVE the first time and why I think now may be a good time to pick it back up again. 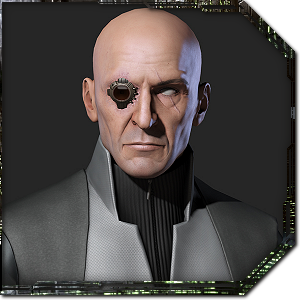 Incarna and the Summer of Rage

If you were following the EVE Online news back in 2011, you’ll probably remember the events that came to be known as the Summer of Rage or Monoclegate. It all kicked off with the release of the Incarna expansion, which added the long-awaited walking in stations feature. The feature was initially limited to letting players walk about inside a private captain’s quarters environment and buy clothing from a new cash shop, with promises of multiplayer environments to follow. Unfortunately, many players’ computers struggled to smoothly render the single character inside a single room.

Complaints over technical problems and the exorbitant pricing of cosmetic items soon reached boiling point as players discovered many items of virtual clothing cost more than their real-life equivalents. The leak of an internal company newsletter and memos from the CEO compounded the drama by showing that CCP was planning to pursue an aggressive microtransaction strategy that wasn’t limited to cosmetic items. Players raged against CCP and Incarna, and in the end they got their wish — CCP did a complete 180 degree turn and promised to focus only on cosmetic microtransactions and in-space gameplay ever since. 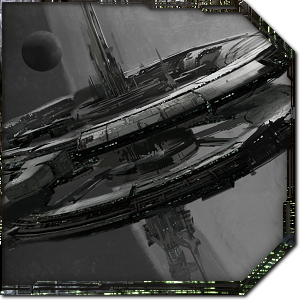 When players raged against Incarna‘s perceived cash grab, it unfortunately signed the death warrant of Walking in Stations as a feature. When I chat to developers at Fanfest each year, I still get the impression that they worry players might try to burn the house down again if CCP ever revisits the idea. But the truth is that the Summer of Rage was precipitated by years of systemic neglect on EVE‘s in-space features. Developers moved from one huge expansion feature to the next without fixing emerging gameplay problems, bugs and quality of life issues.

CCP had already revealed that a lot of dev time and resources were being funnelled into the development of Incarna, and players saw this as being to the detriment of the rest of the game. The expansions that followed Incarna went back and cleaned up practically every part of the game that had been left broken, even replacing old legacy code that had been labelled as “untouchable” previously. The Crucible, Inferno, and Rubicon expansions were extremely well-received by players, and EVE hit an all-time peak in player activity after the deployment of Retribution and Odyssey. My point is that today’s EVE is no longer the neglected game it was back in 2011, so CCP shouldn’t fear the same backlash if it decides to revisit walking in stations as a feature. EVE players never had an irrational hatred of bipedal avatars or gameplay taking place inside space stations; they just wanted their broken game to be fixed. 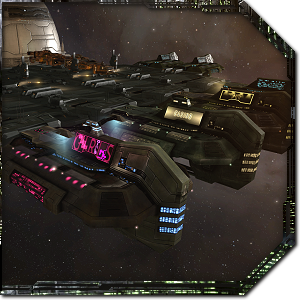 I recall excitedly booting up EVE after Incarna‘s release in 2011 and getting into the captain’s quarters for the first time, only to find my GPU running at 100% and my system bluescreening after just a few minutes. The average computer back in 2011 would never have handled the load of a multiplayer environment with multiple characters and huge space station environments, but it’s been almost five years now. The phone in my pocket is probably more powerful than the computer I had back then, and that’s saying something because it’s a bloody Windows phone. EVE‘s servers are getting a sizeable upgrade too, and elastic cloud computing has become a realistic option for scalable game servers.

On the gameplay side, EVE is also now genuinely at risk of being overshadowed by the avatar gameplay in Star Citizen. This isn’t just theoretical any more, either; you can already get out of your ship and explore damaged stations in the latest SC alpha build. EVE Online inspired us back in 2012 with an amazing cinematic trailer showing a team of space archeologists docking at a Sleeper structure and exploring inside the ruins on foot, but Star Citizen could literally have this kind of mission playable in-game. EVE being a huge single-shard sandbox game does lend itself more naturally to social interaction and real exploration gameplay, so it could be to EVE‘s advantage to have some compelling avatar gameplay when SC launches and future plans to expand it.

Walking in stations was a feature far ahead of its time, first considered back in 2006 when it was frankly infeasible and finally landing in a limited form in 2011 when gaming computers could barely handle it. EVE‘s body-sculpting character creator was similarly way ahead of its time and is only now being overtaken by amazing editors in games like Black Desert. With EVE in a good development state and gaming PCs being a lot more powerful now, it feels like this ambitious feature’s time has finally come.

Perhaps once player-owned citadels have been released and Valkyrie has shipped, EVE might once again turn its attention to what’s going on inside stations. We could get shared social spaces, corp offices, and war rooms inside citadels, black markets and dodgy agents accessible only through station environments, and maybe even exploration missions to enter abandoned structures. There’s a lot of potential locked up in EVE‘s half-implemented station gameplay and a growing audience who may be drawn in by it, but it’s possible that CCP will never want to revisit the dark chapter of its company history that was Incarna.