EVE Online‘s Onslaught expansion goes live in just a few days on November 13th, and it looks like it has a little bit of something for everyone. Nullsec territorial alliances are gearing up to start setting up new private jump gate networks with the release of the new player-owned stargates and other structures. PvE-focused players are getting ready to dive head-first into the new three-player co-op Abyssal Deadspace dungeons, and people into solo PvP be looking forward to the Abyssal Deadspace PvP arena.

END_OF_DOCUMENT_TOKEN_TO_BE_REPLACED
Industrialists are going to make a killing from the new player-owned structures in this release, and tons of players are looking forward to getting their hands on the two new Triglavian ships, the destroyer class Kikimora and Drekavak battlecruiser. The expansion also adds impressive new stargate graphics throughout the game, improves planetary interaction with a new compact user interface, introduces the Activity Tracker interface, and adds a global search bar that will improve everyone’s gameplay by about … I don’t know, a million percent?

In this edition of EVE Evolved, I give some last-minute advice for making the most from the Onslaught expansion’s new Abyssal Deadspace content. 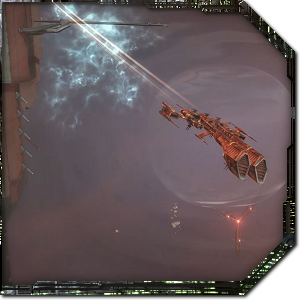 When the solo Abyssal Deadspace feature was first released, I speculated on how it could be expanded to create multiplayer sites for small groups or different sites for a different class of ship. CCP has combined both of these ideas in new co-operative abyssal deadspace sites that allow three players in frigates to take on the challenge together. The sites work pretty much as expected, with one player activating three filaments to open the dungeon and two fleetmates activating the Abyssal Trace created to come in behind him.

I suggest testing these on the test server if possible before the expansion goes live, as there’s a lot more that can go wrong with three pilots and you’ll want to be sure your strategy works. The lowest tier sites can reportedly be completed solo by an experienced pilot flying a solid Worm or Assault Frigate fit, but a group of two or three players will have a much easier time of it. Some players are working them in groups with remote shield or armour repairers on each frigate, but the simplest setup that works will be three high-DPS frigates with decent tanks.

Assault Frigates such as the Retribution (which is honestly a little overpowered right now) will probably be the ship of choice here, or faction frigates such as the Worm may come to dominate the meta just as the Gila does in standard abyssal sites. The Triglavian Damavik should on paper also be an ideal choice due to its damage that scales up over time and built-in logistics capabilities. The lowest tiers can be completed in standard tech 1 frigates on free accounts, though, and players have already come up with several viable alpha clone fits. 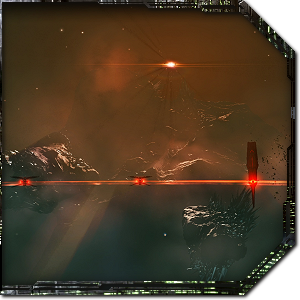 The new addition that has me most excited has to be the new abyssal PvP arenas, which offer some amazing loot in exchange for putting yourself at the risk of being killed by another player. The final room of standard cruiser sized Abyssal Deadspace pockets will now sometimes contain a Triglavian Proving Conduit that can be used to fling your ship into a large arena where you can capture a huge cache of loot. Other players entering Proving Conduits in separate solo abyssal deadspace instances can be dropped into the same proving ground as you, and only one player can leave with the loot.

To make the most of these, I would suggest coming up with new PvP cruiser fits that can just about complete abyssal deadspace sites but are primarily designed to kill players. We now know that these gates will spawn in tier 3, 4 and 5 sites and that it doesn’t matter which tier you’re coming from as all tiers point to the same proving ground sites. This means your fit only needs to be able to defeat a tier 3 abyssal filament to get into the proving ground. My advice is to use a fresh clone with cheap implants and design cost-effective fits to counter one or more popular expensive abyssal ships such as the Gila.

Remember that top abyssal fits typically dish out 600-900 DPS, so you’ll need either enough tank to survive it or some way to neutralise that damage. I’d suggest experimenting with electronic warfare to tip the balance, as this is a solo fight and one or two weapon disruptors may be able to effectively neuter your enemy’s offensive capabilities. Microwarpdrive kiting fits may also prove effective as many players won’t waste a slot on a warp scrambler since you can’t leave the site anyway. Player Suitonia has been experimenting on the test server and put together a couple of interesting fits such as the 30 million ISK Caracal below: 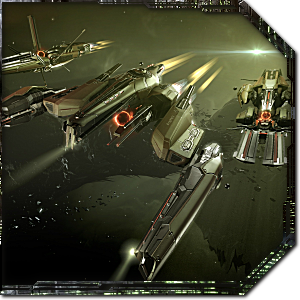 One of the most exciting things announced at EVE Vegas 2018 is that we’re getting several new Triglavian ships. We already have the frigate-sized Damavik and Vedmak triglavian cruiser that have seen limited use by players, and the Leshak battleship has become one of the biggest PvP killers in the game. Onslaught will add the long-range Kikimora destroyer with a massive 20% per level range bonus to light disintegrators and the absolute brick-tanked Drekavac battlecruiser.

The Kikimora may find a place in the small-scale PvP meta, but it’s the Drekavac that really has my attention. This thing is going to be an absolute monster for both PvP and PvE, with a 4% per level bonus to armour resists, seven low-slots for a massive armour tank and damage mods, four mid slots, and three free utility high slots after fitting its weapon. This may join the Leshak as one of the most destructive ships in small gang warfare. The Rodiva remote repair cruiser and Zarmazd advanced logistics cruisers will also be coming out later in the December update. 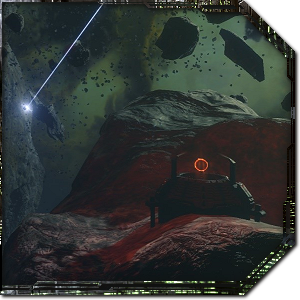 Even if you’re not interested in the new co-op abyssal deadspace gameplay or PvP arena, you’ll still have opportunities to make tons of ISK with this expansion. CCP has announced that the same loot will be dropping across all types of abyssal deadspace, so the blueprints and skill books for those two new ships will be obtainable even in standard abyssal sites. We’re also getting some all-new loot in the form of mutaplasmids for all damage modules except Drone Damage Amplifiers.

If you want to collect resources to build the new ships quickly, remember that each type of filament drops different proportions of the two Triglavian materials (Zero-Point Condensate and Crystalline Isogen-10). If you can already speed-run sites and find you usually have time to spare, you’ll also now have the opportunity to harvest even more materials by destroying the new Triglavian Extractors you’ll sometimes find in the abyss. You may even be better off running a lower tier site that will leave you enough time to destroy the extractors, which will certainly be something to keep in mind as you work out your ISK per hour.

When the Onslaught expansion breakdown was shown at EVE Vegas 2018, I had a grin on my face a mile wide. I’ve previously written about some ways that I thought the recent solo PvE Abyssal Deadspace feature could be expanded on, but Onslaught is going even further than I imagined.

The new frigate filaments provide a brand new form of small-scale co-op PvE and a challenge for players who like to solo group content, and the PvP arena has inspired an arms race in ship design as players figure out how to dominate this new competitive niche.

If you haven’t got into Abyssal Deadspace yet, I strongly suggest reading up on my previous articles on the topic and giving it a try in preparation for this expansion. When the Onslaught expansion drops in just a few days on November 13th, there’s going to be a gold rush on all the new blueprints, skillbooks, and mutaplasmids. You don’t want to miss it!