At the heart of the WoW Classic argument over the dungeon finder tool is the professed belief that LFD ruined socializing in part by taking away server communities’ ability to govern themselves. LFD destroyed server identity and let toxic players get into dungeons, these players say, when before LFD the community was able to punish social miscreants, to hold the bad guys accountable. Everybody knew everybody back in the beforetimes, after all, and the good guys prevailed. Right? 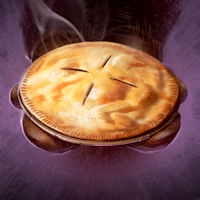 Well, gather ’round for story time with Bree, y’all. The year is 1999, and I’ve just brought my Ultima Online guild to EverQuest – along with everything we’d learned growing up in a full-loot PvP gankbox, including our “kill-on-sight” list, our chronicle of griefers and gankers. We ported it to EverQuest, though of course as a PvE game, it made no space for the killing part. Instead, our EQ version tracked players who’d pulled stunts like intentional training, talking shit in open chats, ninja looting, and planejumping – basically, a way of notifying guildies and allies whom to avoid grouping with, who the problematic people on the server were.

Our server happened to have a resident toxic uberguild, a rather famous one in EverQuest history, in fact. Once they outgeared and outclassed everyone else, they ran roughshod over everyone on the shard, committing all those griefer offenses and more, and it didn’t take long for some of their members to make it onto our earnest little list. And thus they were run off the server, as no one would cooperate with them, just like the “LFD ruined everything” people claim.

Haha, just kidding. They actually began a massive harassment campaign against anyone who dared to speak out about them or refuse to deal with them; their favorite in-game tactic was figuring out where their target guild was headed that night and rushing in ahead of it as punishment for any attempt to hold them accountable (planejumping was sort of the EQ equivalent of cutting in line for non-instanced weekly spawning raid content). In fact, some guilds defected from our alliance because they were so afraid of this uberguild, afraid they’d be cut off from trading and recruitment options, afraid of exposing themselves to eternal aggression if they didn’t pay homage to obvious bullies. Ultimately, most the server community folded to a local warlord and his internet bros who controlled the server for quite a long period in the game, and even once later expansions allowed the community to physically spread out, they continued smearing players who hadn’t bent the knee.

This is not actually the reason I wound up leaving EverQuest, but it is the reason I still give it, and the SOE devs responsible for knowingly incentivizing that behavior for so many years, a wide berth, in spite of my adoration for other old classic MMORPGs. (This is also why I will never agree that PvP is the center of the MMO toxicity lollipop; by far the worst behavior I have seen in 25 years of MMOs came from PvEers and roleplayers who had no fear of retribution.)

EverQuest, I note here, did not have anything remotely resembling a LFD tool at the time. It didn’t even have instances. You went to the zone, shouted “camp check,” contacted the leaders of every camp spot, asked to be put on the camp list, and then waited for a spot, potentially for hours. Alternatively, you put a group together with your guild and set forth in hopes of finding an open camp somewhere. This excessive “designed downtime” should’ve been catnip for time-rich people focused on socialization and community. And yet this first-gen MMORPG, or at least my unhappy server, was a toxic dump anyway because of just one gang of griefers.

The lesson I learned the hard way, all those years ago, is that accountability in a closed system like an MMO server is all but impossible without power. In vanilla EverQuest, power was determined by whoever had the most time. Time begat organization, which begat gear, which begat control over scarce spaces, which begat control over trade, which begat control over people (and in some cases, that begat access to developers and influence on the game’s design, too). On unlucky servers, it was griefers who amassed that power; the founder effect ensured they got to keep it, the game’s shoddy design rewarded them for nasty behavior, and there was nothing anyone could do about it from inside the system.

So please understand that when the “LFD ruined everything” folks trot out the old canard about how the tool makes it impossible for communities to police their WoW servers back in the Wrath era, I do hear you. But because I already know from long experience that’s not how MMO servers actually work in practice and many of the most toxic players are in raiding guilds that bypass LFD entirely, what I’m actually hearing is that you’re worried LFD minimizes your ability to control who has access to group content, not the wider community’s ability to control its own access.

Consider the effects of this tool in an MMO: LFD shifts the balance of power on a server away from the narrow slice of people who traditionally rise to rule MMORPG servers that revolve around group play, usually guilds built around gatekeepy content access control, just as it was in Vanilla EverQuest. LFD strips them of much of that power and proliferates it to everyone in the community capable of clicking a join button. And in a game whose dungeons are all instanced, like World of Warcaft, those guilds lose a significant portion of their social cachet (unless they have already advanced to raiding tier, in which case they weren’t running PUG five-mans out of Dalaran anyway). Why deal with a dungeon guild’s drama, dues, and duties when you can gear up through LFD without the trouble – and get just as much socialization in the dungeon if you put in the same effort? Sure, you might get a toxic rando slotted into your PUG occasionally, but that’s an improvement over having to spam LFG requests for half an hour, which never guaranteed a toxicity-free environment anyway.

(As an aside, I best not forget to mention the social power held by That One Guy who has a key for everything, all day to form groups in town, and a friends list with 500 people. Every MMO server has at least one of this guy, and he still flourishes after LFD because people would always rather be in his groups because he’s fun as hell.)

So frankly, it makes perfect sense that it’s folks in mid-tier access-trading guilds who raise such a stink about LFD. They stand to lose the most power by being cut out of the group-creation loop, and the pretense that Classic’s “social community” is the real victim is a smoke screen to hide that selfish fear.

If these gamers actually cared about serving “the community” they say they’re trying so hard to save, they’d want the game’s content to be more accessible, not less. They’d be agitating for tools to block toxic players through LFD (because this is an extremely reasonable request), or going a step further and fighting against toxic tools like gearscore and meters, or waging war on cross-realm functionality, or even calling on Blizzard to add special LFD servers for those who want them so that everyone’s preferred playstyle is accommodated and the community is large, diverse, and strong enough to weather whatever ABK’s next scandal turns out to be.

But they don’t do this. Instead, they’re in our comments shrieking about how LFD was an abomination, Wrathbabies are the real toxic players, and dirty casuals don’t deserve dungeon gear and should go play Retail. I mean, really, with friends like you, what community needs enemies? You’re not making a great case for LFD being the problem. You’re engaging in the very behavior you’re claiming comes from LFD.

Listen, I liked the 3.3.0 era in Wrath. My guild had fun with LFD, more than we had before it. It was plenty social. I made great friends. Even so, I can’t say that modern Retail WoW is an experience I want to engage with either, and I don’t believe everyone against LFD is acting in bad faith or fronting for server kingpins. I’m willing to entertain the idea that something of value was lost for the greater community with the addition of LFD and cross-realm play, even if I also think giving up that something was still worth it.

But that something was most definitely not the community’s ability to hold the server’s most noxious members accountable. MMO server communities never truly had that, and they never will – not in a genre where it’s so frequently the most time-privileged toxic people who hold the power.

So let’s stop pretending that’s what this argument is about. Some folks really need to come to terms with the fact that a lot of LFD fans aren’t against socializing or grouping in WoW. They just don’t want to do it with you.