As if MMOs didn’t already give us big enough heads, what with everyone treating us as if we were the saviors of the world and the only hero (along with a million others), now we have games literally bowing down before us.

Reader John got his ego fix from Star Wars: The Old Republic: “At some point in the Sith story I had my own group of cultists, and I miraculously had the wherewithal to hit print screen just as they were all beginning to worship me. I thought it captured the essence of the Sith story well: It’s all about YOU, man.” 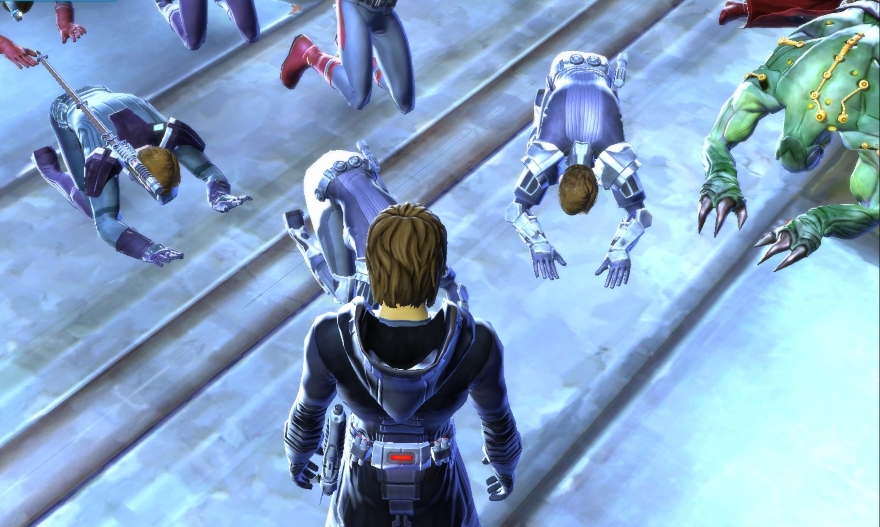 Here’s another look at the late lamented Stargate Worlds’ beta from Commander Hicks. Hicks shows us what looks to be a female character doing something suspicious to a shuttle. Maybe blowing up the beta so the rest of us can’t get in?

Nothing like playing a Lalafell in Final Fantasy XIV to give you perspective on what size really is. Reader Roger (Roger) took this picture of a skygazer as he sailed off to meet the ambassador of Ul’dah.

He was never heard from again. 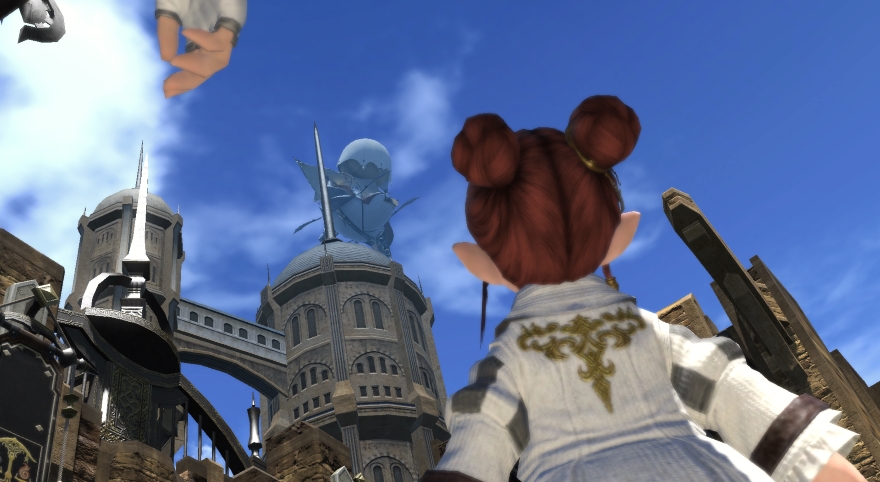 “There’s no special story behind this screenshot, just that The Secret World’s Jake Hama reminds me of Frank in Donnie Darko!” reader Ekphrasis submitted.

It’s such a sad image, too. If I was meeting the end of the world, I wouldn’t be cosplaying as Roger Rabbit. 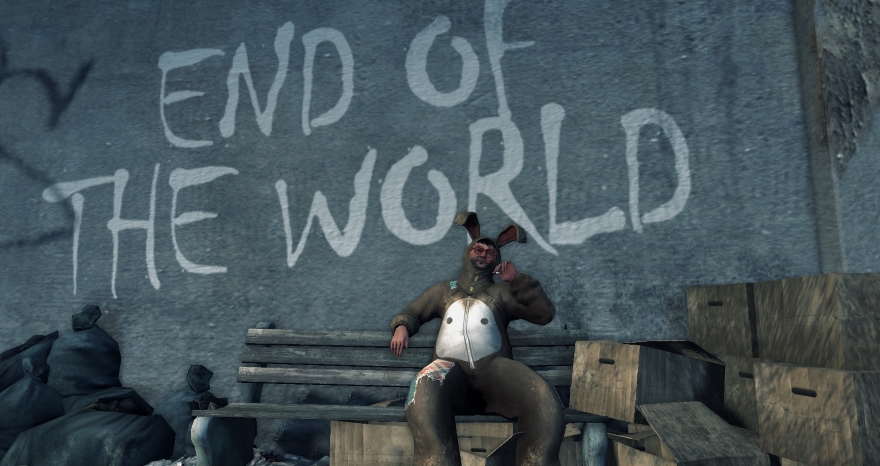 There were just tons of great pictures from which to choose for this week’s It Came from the Comments!, but for some reason I really latched on to this shot from JudgeDavid in World of Warcraft. I think it’s how he’s taking a picture through something that gives it an interesting quality.

“So my main and alts have retired from their garrison’s to various parts of Azeroth, in this case the farm home in Pandaria at Halfhill, near the market. It’s a nice view and all of the freedoms that the pretty landscape provides is there whenever wanted. I always liked that view from the farm.” 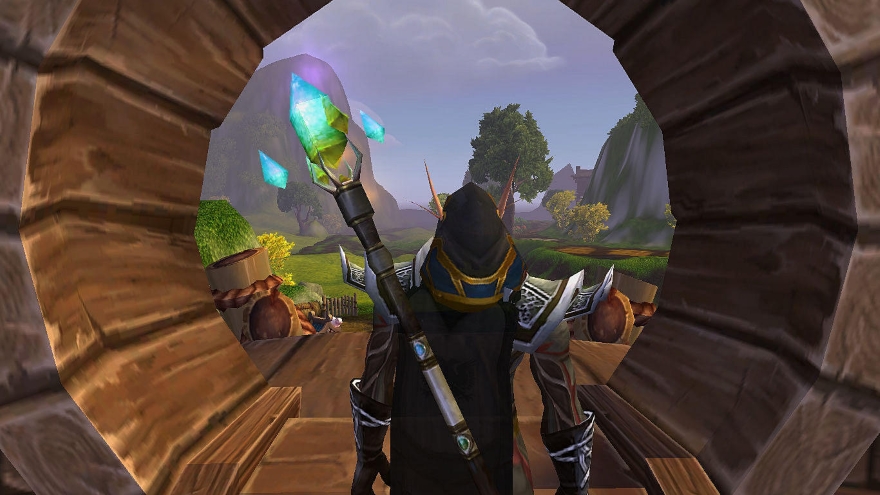 Got to admit that while the comments section is always hopping in One Shots, you all have started to ignore the email side of this column. I’ve been getting very few submissions as of late and would really appreciate some more. So send them in with your stories, please!