Guilds… assemble! Because there’s nothing like logging into a vast virtual world and then plunking your virtual butt down in a room, am I right?

“This one was at a guild meeting in Asheron’s Call,” Zulika Mi Nam posted. “I’m not sure if those still happen in game like this or not. The first shots I have is AC are bad and boring, but this is the oldest one that that made me think of anything other than blah.”

Zulika suggested that we put out a call for guild screenshots, so I’ll spend the rest of the column contemplating that and get back to you at the end. In the meantime, check out these non-moving moving pictures! 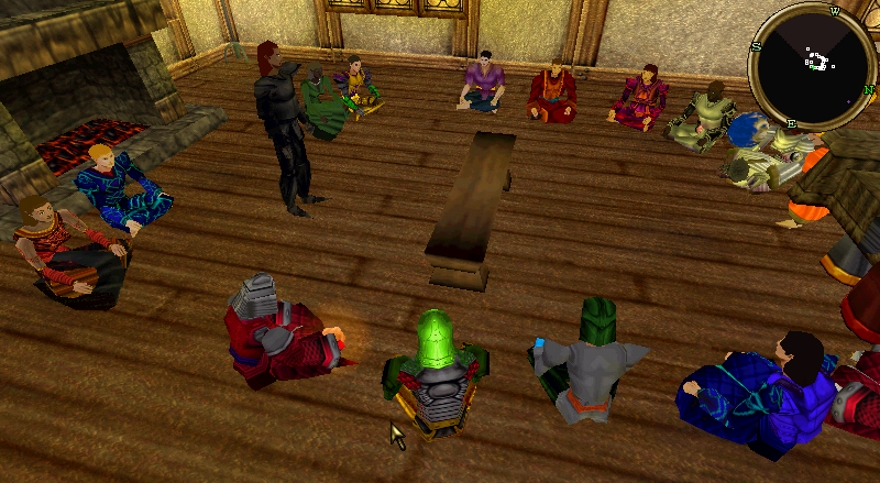 Jesse sent in this gorgeous picture of some night angling in Elder Scrolls Online, although the name of the game wasn’t mentioned. Usually that isn’t a problem, although this one stumped me a little bit. Almost looks like a couple of other MMOs I could name!

“Here is my Orc DK, Krannak, enjoying some moonlight fishing on his way to the Master Angler achievement! Just one more rare fish then I can call it a day, I swear!” Jesse said. 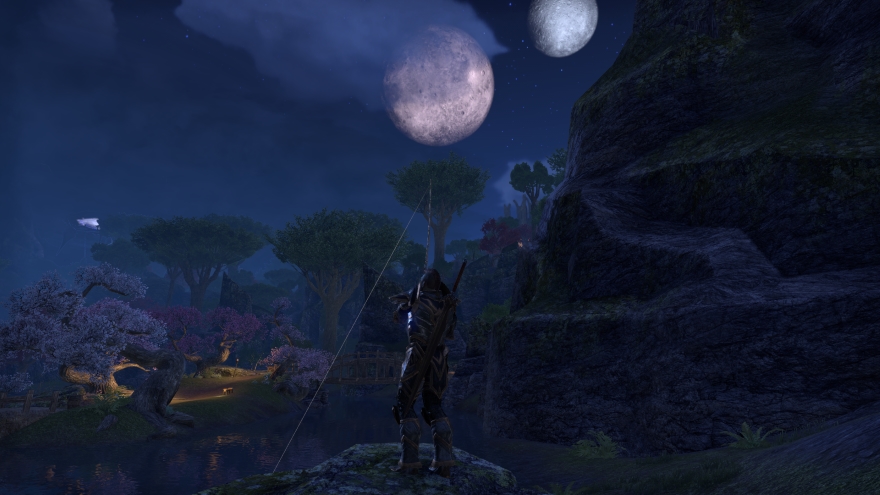 “So you asked for disturbing, morbid, or grim….and I think this has all three. I didn’t even want to talk to this old hag, but it was a quest turn-in. The conversation started out with me making one of those ‘who farted’ faces and got progressively worse. I noticed after that I forgot to turn off the UI so it had chat in it… but I didn’t want to go back and see that again just to get a better picture. In fact I don’t ever want to go back there even on an alt!” 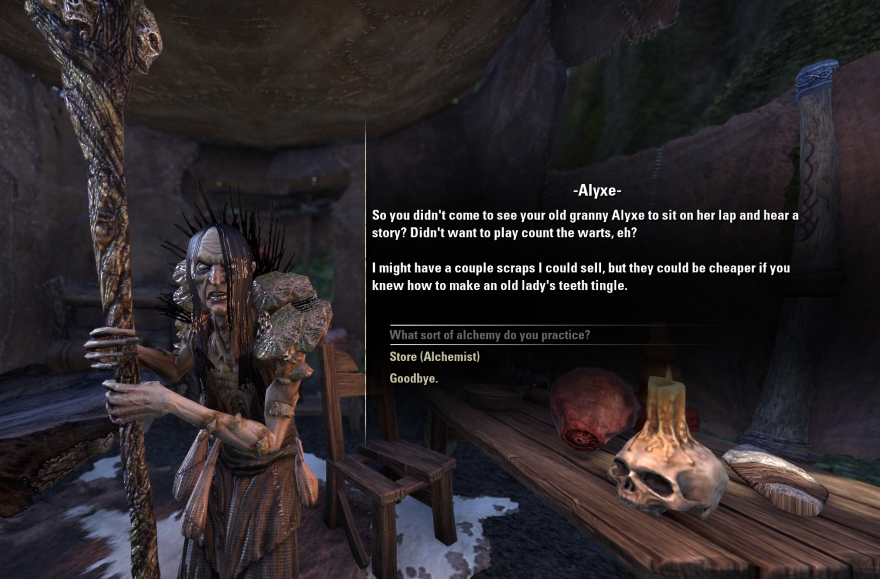 Next up is Siphaed and a little underwater Guild Wars 2 action. As an aside, I don’t care how well-armed you are, if you end up in Tyria, stay away from the water at all costs. I wouldn’t even bathe with the things that lurk down there (and I include the Quaggan).

“Okay, I know security is a priority for locations in World vs. World, but this is ridiculous,” he said. “What’s next? An upgrade that puts freakin’ lasers on their freakin’ heads?!” 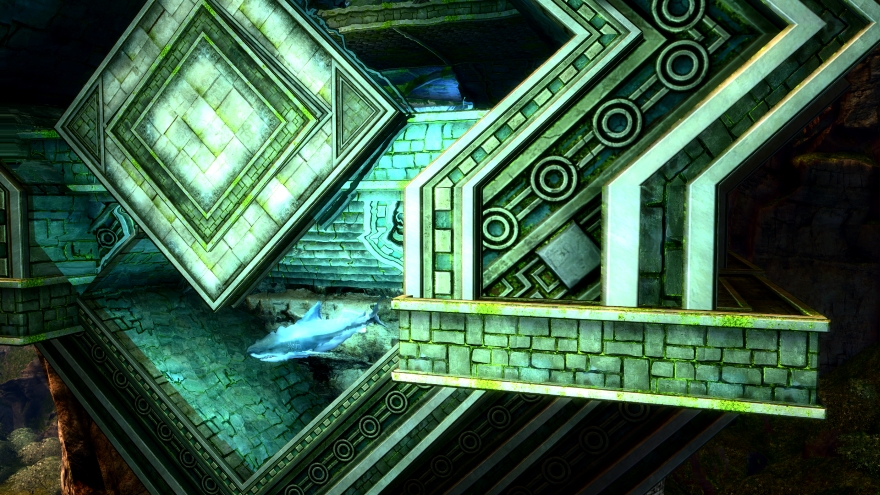 “I came upon this view in Black Desert when leaving the starter village of Olvia on my way to the nearby Velia,” Karmamule wrote.

Look at the top picture for today’s column. Now look at this. Tell me that we haven’t come a long way in MMO graphics over the past 16 years! 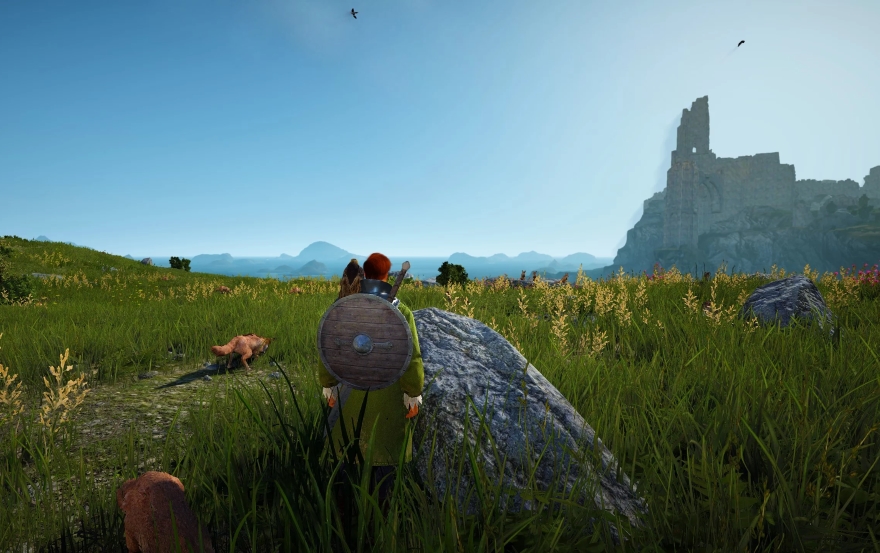 OK, I’ve thought it through, and I’ll acquiesce to the demands for a guild screenshot challenge. This week, send in a picture of your guild hanging out together. What’s your guild like and what are you up to in that shot? Inquiring minds want to know!