As Massively OP is centered on the “massively” part of gaming, it makes sense that my first guide to survival games was focused on multiplayer titles. Similarly, The Survivalist will mostly (but not always!) concern itself with the multiplayer games in the survival genre. However, after researching this topic, I felt that not highlighting the single-player offerings would be a serious disservice to the genre. There are occasions when you want to test your survival mettle without the interference of other players; sometimes you just want to live or die on your own merits and not at the hands of someone elses decisions. Besides that, some of these titles — like Subnautica — offer an awesome premise you can’t get elsewhere.

Ready to survive on your own? Here’s a a taste of a number of games you can dive into when you want to scratch that survival itch in private.

For this list, the requirement of having to forage for food and water to survive has been waived, although some still have that feature. You’ll also find other similarities to the more massive multiplayer options, such as similar themes and topics. And just as many of the multiplayer games let you play as a single-player on a local client, some of these also offer co-op and multiplayer options. One glaring difference, however, is that many of these games have already actually launched! 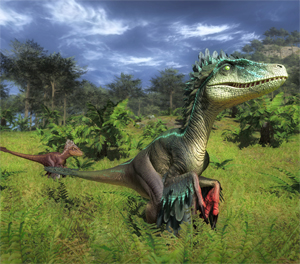 Want to survive among dinos but not interested in dealing with Early Access? Here you go! In this game set inn Cretaceous times, players must battle prehistoric beasts as well as well as the elements. Has co-op and multiplayer.

Don’t Starve
Launch: April 13, 2013
Available on: Steam and just about everything else (consoles and mobile)

A wilderness survival game with science as well as magic. The original is single-player and has an expansion pack: Don’t Starve: Reign of Giants. If you want to play with friends, go with Don’t Starve Together from our first guide.

The Forest
Launch: Early Access May 30, 2014
Available on: Steam

Plane crash plus cannibalistic mutants equals a fight for survival! Players find themselves stranded in deep woods, but luckily ever tree can be c chopped down so there’s plenty of material to start building shelters and weapons with.

If you want to survive while out and about, here’s a mobile-only game. During the day you buy supplies for the night, then the goal is to sit there in the wilderness and survive until dawn breaks again. Threats include mosquitoes, bears, bats, acid rain, meteors, lightning, ghosts, zombies, and more. Can change your difficulty settings.

Would you survive the trek to safety if you were stranded in the wilderness? Give it a try in this mobile game. Can be played offline.

Billed as an “action-packed thriller with a survival twist” and packed with gore, nudity, and more. Players can eat live rats to gain health. A large tectonic disturbance spit western Tokyo off and made it an island covered by a menacing fog. When players die, their “death data” is sent to other player’s games where they become formidable opponents.

The Flame in the Flood
Launch: February 24, 2016
Available on: Steam

Set mainly along a river, players will travel by foot and by raft to in order to forage for resources, explore, and craft — all while evading predators. Don’t stay still too long: Keeping ahead of the coming rains is also a must.

Focused on thinking and exploration in a world that suffered a geomagnetic disaster. Cold and wildlife are the biggest threats. Early Access is the sandbox mode without narrative, but episode one will launch story mode (and is included with EA purchase). Permadeath is a thing.

A stealth game that procedurally generates the environment as you go, so each time you work your escape from these robot-infested islands is a unique experience. The tweed-wearing, murdering British aristocrat robots hunting you happen to also have robot hounds. Luckily, players have the disembodied voice of their butler, Walters, to help and offer advice. Now has multiplayer.

Much like the multiplayer Osiris: New Dawn, players find themselves crash-landed on an alien planet and are forced build a new life from scratch. Your particle-manipulating multitool and enviro-protec suit are your best friends. Features multiple biomes.

Focusing on space travel, players travel about an infinite expanse of procedurally generated space, discovering planets filled with aliens and adventure. Can land and explore the surfaces as well. Other players “share” the universe and will see what planets others have discovered and named on maps, but there is no player interaction at all.

Instead of focusing on keeping yourself alive, you must manage an entire space colony, keeping everyone in it alive (and happy!) while building a subterranean base on an asteroid.

Instead of playing a human, players are animals fighting to survive in these two titles. In the original, players are a mother badger trying to protect her young. In the sequel, players are a lynx instead. Shelter 2 includes changing of weather and seasons. (Be grateful there aren’t actual player wolves hunting you down!)

Under the sea, under the sea… things are better down where it’s wetter under the sea! For players who want to submerge themselves in underwater adventures, this is the place. Explore life under the sea of an alien ocean world and unravel the mystery of the planet. Supports VR.

The objective of this browser-based survival game is to build up a town and survive the longest. Hordes of zombie will assault in increasingly larger numbers each day at 23:00 server time. Can also explore ruins and buildings outside of town. Every action costs points, and players only get six points per game day. 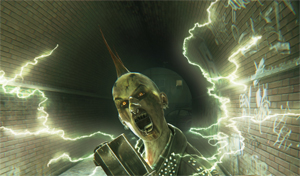 Dying Light: The Following
Launch: February 9th, 2016
Available on: Steam
Whether you want to roam a devastated city or the crumbling countryside, there are plenty of dangers to face, including nocturnal predators and a centuries-old cult. Can have co-op or multiplayer.
Escape Dead Island
Launch: November 18, 2014
Available on: Steam, other versions and expansions

Multiple versions are available where players must unravel the mystery of the zombie outbreak while surviving said undead; can be marooned on a tropical island or stranded in California.

With an old SIMS style look and isometric view, players fish, fight, build, craft, farm, and more as they struggle to survive. Can host private servers with friends. Supports modding.

Survive the streets and underground canals of London when they are crawling with zombies.  Humanity was ravaged by the terrifying disease and the infected want to gorge themselves on all living flesh. ZOMBI is same game but upgraded for next-gen consoles and PC. Permadeath.

I have Project Zomboid, still needs lots of work but seems like it has promise if you like that sort of game. Last time I played I went to bed, woke up and heard someone talking so I went into the other room where some dude was wandering and then he shot me…

Subnautica is one of the best survival games I have played. The underwater setting is a perfect way to gate players as you have to upgrade your equipment to go deeper. It is one of the few early access games I made myself stop playing so I didn’t burn out on it before it was finished.

The Long Dark is great as well, and I can’t wait for the story mode. There is a cryptic countdown which is widely thought to count down to the story mode, so I think it’s close.

ARK not listed with dinosaurs?
that magnificent spinosaurus that ate me last time (just after majestically posing for an ANSEL shot) would take umbrage at that.

MJ included ARK (and the sundry other multi-player Survival games) in her article about 3 weeks ago. No dinosaurs were discriminated against…except perhaps by that huge asteroid 66 million years ago. :)

I was going to say, what about Savage Lands, which has been in EA on Steam for about 2 years. At its EA launch it was one of my favorite survival games. I liked the crafting, the building, the combat. It was actually in pretty good shape for an EA game.

However, popping over to Steam today, I see the dev has attracted the ire of the community by being too ambitious with changes and not fixing broken updates and seemingly abandoning the game for another project. Although, someone clearly is curating the discussion board as many topics have been locked, which doesn’t actually look like abandonment to me.

If one were to try this out, SP seems to be the most stable format, as co-op and multiplayer are plagued with issues, if comments and reviews are to be believed.

After discovering Oxygen Not Included, my hours have been sucked from nearly every other game to feed this one. Massively addictive if this is your kind of thing — and there is still the promise of a plethora of new features (it’s developed by the Don’t Stave peeps). I actually have Don’t Starve and Don’t Starve Together, but it doesn’t seem to hold my interest as much. Highly recommended if you crave a management game with survival, exploration, science and a whimsical art-style.

Not sure if Dying Light counts as survival sandbox (more of a sandpark; game features are unlocked by following the storyline), but it is indeed a glorious game. The day and night cycle is pure gold; by day, you are the hunter, at night, the hunted. The movement model is also unparalleled: jumping, crawling, wall climbing, zip-lining. I’d pay good money for a proper MMORPG with features like that.

Also, the “space” category is a bit thin. What about Starbound?

This has nothing to do with anything in the text of the article, but the header image nearly instantly reminded me of Edgar and his Lady from The Secret World. He loves that bus a bit too much methinks.

What IS the game pictured in the header image?

That is from The Flame n the Flood, and its screenshots are exactly what has me wanting to play it!