Welcome to The Survivalist! Ya’ll might have noticed that I have gravitated a bit from my happy home of deep, immersive virtual worlds (possible due to the lack of them!) and have been tinkering about and enjoying time in various survival games. This isn’t as odd as you might think! One thing I love about sandbox worlds is the ability for your actions to matter in terms of shaping the world and carving out your place in it. Survival games have been allowing me just that with opportunities to build the world, from the society on it to structures in it to the even the physical world itself. And decisions definitely matter, bringing satisfaction and reward or disappointment and destruction.

I’m not alone in this appreciation of the survival genre, either. Many MMO gamers have joined mainstreamers by flocking to it lately as seen by the explosion of the available games. Those of you not on board yet might be wonder just what is so alluring about a genre that has many elements of MMOs but on smaller — and oft times privately managed — scale. As the weeks and months wear on, The Survivalist is going to explore all the nooks and crannies of the survival sandbox genre (and likely die many, many times in the process!), but today, we’re going to look at what players can jump into to test their survival skills. So here’s a guide to many options in the newest genre to take over our gaming sphere.

The genre that has really captured my heart and attention lately is the multiplayer survival games. These are not massive in scale, as in hosting tens of thousands of players or more per server, but they still are very much social environments with multiple players. That’s not to say that single-player options are lesser; no, there are plenty of great choices to scratch that survival itch by yourself. Unfortunately (or fortunately, depending on how you look at it), the list is no less robust than the one for the multiplayer, so that will have to wait for part two of the guide!

Although there are myriad games out there that focus on surviving some sort of cataclysm or apocalypse or even just an accident, games included in our list meet certain criteria. As much as possible, this list is restricted to games in which survivors must not only build up from nothing but must manage hunger and thirst on top of battling the elements and wildlife (whatever it may be).

Do you have a specific preference for your type of survival? Do you want to blast zombies to bits or blast off into space? The guide is broken down into the various themes so you can easily see what flavors of death are available to partake in.

With the ability to hunt, tame, and ride dinosaurs, this game exploded in popularity. It has different maps included in the base game as well as one map in a DLC expansion, Scorched Earth. Modding is encouraged. Players can run private servers.

A mobile title where players will be able to fight against as well as tame and ride dinosaurs. 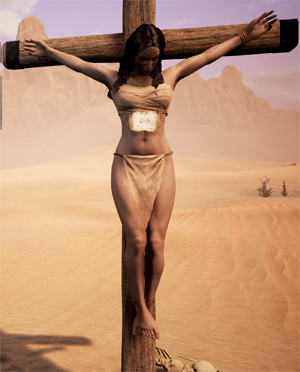 Set in the Conan mythos, this game exiles players from civilization; they must carve out a living in the Exiled Lands. Players can summon massive avatars of their deity to fight in clan wars. Modding is encouraged. Players can run private servers.

A standalone multiplayer expansion to Don’t Starve, this is a wilderness survival with science as well as magic. Players can play cooperatively with friends or group with strangers online.

Rend
Launch: Announced March 2017
Available on: Not yet available

A new take on survival games where players will exist in three established factions. Base raiding can take place only during specified times when the faction bases’ shields go down, opening the bases up to wild life and opposing faction attacks.

Stranded on the shored of a frozen island, players fight for survival while also trying to uncover the history of the island.

A creative sandbox built by academics. Only those who already own version 1.0 can access it at the moment as it’s being rebuilt.

A realistic feudal setting with physics-based combat, a full weather system, and terraforming as well as medieval building. Can host private server (with YO version).

New Dawn
Launch: Not applicable
Available on: Not yet available

Greenlit on Steam, this title canceled its Kickstarter drive. The premise is that players are natives of an unknown island of Southern America at the end of 1800, and the island is being invaded by pirates.

Who needs a made-up apocalypse when you have a historical catastrophe already? Set in medieval times, players try to survive in a world that is plagued with the plague. Besides needing food and such, you have to avoid getting sick. 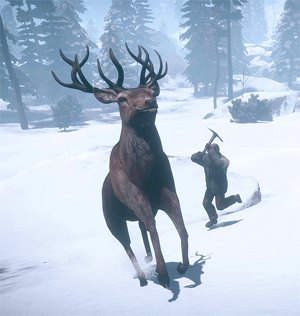 Players are castaways, shipwrecked on an island and cut off from the rest of the world. Includes shipbuilding to explore other parts of the archipelago.

Cut off from surrounding areas (but receiving supply drops form the air), survivors are faced with dangers like radiation hotspots, wild animals, and other players. Note: Players can kill and eat other players.

SCUM
Launch: expected 2017
Available on: Will be on Steam

Players are inmates of an island prison that televises all activities to the mainland.

A small-scale survival adventure set in Alaska that focuses on teamwork. As survivors of a plane crash players work together to uncover the mystery behind the crash by following the quest lines and seeking out anomalies. Can be played single-player.

A modern-day post apocalyptic prequel to Divergence: Online. No longer receives updates and has been reclassified by devs as an exploration game.

After the publishers closed the original game, it was brought back as an independent FPS title. Players must fight to survive in an urban environment, including subways, abandoned buildings, and decaying landscapes.

Set at Lake Tahoe, players who venture too far out of the main map start to run into mutated creatures and toxic atmosphere. Terraforming is possible. Players can go to PvE or PvP server. Devs hold various events during the year.

The smaller-scaled version of The Repopulation in a survival setting. Players must carve out a life after crash landing on a hostile alien planet. Can host own servers. 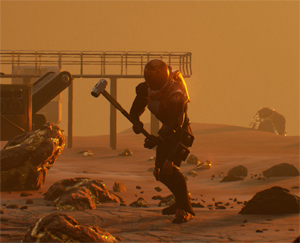 Set on the planet Mars in the future, players must create an inhabitable area in order to survive.

Peppered with MMORPG elements, this survival in this wasteland includes a non-linear story line that players can follow while trying conquer.

Set in the 25th century during an intersteller gold rush, players explore space in hopes of striking it rich. In the meantime, they terraform planets and collect resources to trade or craft things from simple tools to massive industrial bases to mobile Rover bases.

There’s a whole galaxy out there trying to kill you, so make a ship and go show all those aliens on all those planets and moons who really is boss! Plus you get to build spaceships.

Players awake in a stasis chamber amid the ruins of mankind’s first interstellar colony that needs repairs to become operational enough to maintain life. Then players work to get a ship in order to strike out into space and scavenge broken ships and abandoned space stations.

Players awake after a crash landing on an alien world and need to quickly repair their suit lest they die before they can even start the process of long-term survival. Can build up to space travel. Can host private servers.

Build spaceships to explore the galaxy, and land on planets to explore them. Also build planetary outposts or even space stations. Can host private servers.

The life or death struggle is actually focused on the world and environment instead of individual avatars. Will players team up and build civilization or strip the land bare and destroy it?

One of two game modes (the other being creative); players must collect resources to build structures while managing hunger and fighting off creatures.

The Island – Ethereal
Theme: Modern
Launch: No date set; green lit on Steam
Available on: Will be available on Steam

Do you want a survival experience that has a defined beginning and end? This match-based tactical shooter employs survival and horror elements and is played cooperatively with up to six people either through LAN or over the Internet. The player team goes against an AI team, and matches can last between one and six hours, depending on the win requirements set by the host.

One of the longest running early access zombie survival games where players have to battle infected wildlife as well as zombies in a post-apocalyptic world.  Players can host private servers.

Another long-running early access title set in a post apocalyptic landscape where most of the population was infected with a disease, creating zombies. 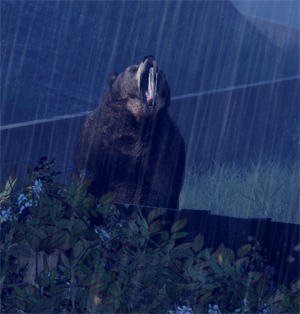 Takes place in a zombie-infested city called Fairview City. Unsure if the game requires food and water for survival, but does have MMO elements.

Fight off wild beasts, infected zombies, and try not to get infected (or actively try to!) while eking out an existence in a post-apocalyptic modern landscape.

Moonlights
Launch: Expected second half of 2017
Available on: China only

This will be China’s first zombie-themed sandbox survival game. Instead of being the infected-style of zombies, however, these are nocturnal mutants that will hide during the day.

Expect the second part of our list next week! Can you folks think of any survival sandboxes we should include?