Step aside, turkey and fambly rage: It’s time to buy stuff. Because we don’t already unload our wallets the rest of the year on MMOs! Oh wait, yes we do. In any case, here’s a quick roundup of all the best MMO Black Friday 2017 sales on Steam and elsewhere.

AQ3D: Sales on a bunch of in-game items this weekend.

ArcheAge: Up to 80% off on certain items. Also, thar be lockboxes.

ARK: Survival Evolved: ARK’s physical copies are on sale this weekend at Walmart, Gamestop, and EB Games (in Canada), and it’s 50% off on Steam.

Atlas Reactor: All packs will be 75% off; Golden Age skins will be discounted from the 22nd through the 28th.

Defiance: Players can get up to 65% off on Titan bundles and gold editions. Also, more lockboxes.

Destiny 2: You can grab Destiny 2 for as low as $39 on Battlenet, and store purchases come with emblems.

Dungeons & Dragons Online: MOP reader Jackybah pointed out to us that SSG has good deals running for DDO too, including half off character slots, double bonus ponts, 75% off the Warlock, and several BOGO deals.

Elder Scrolls Online: Black Freddas returns to the gameworld once famous for eschewing real holidays! Of course, this isn’t a real holiday either, is it. ZeniMax has listed both the base game and Morrowind at 50% off – that’s 10 bucks on Steam for the summer expansion. All Morrowind players should log in for the free mount too!

Elite Dangerous: The regular flavor and Commander Edition are cheap on the Humble store and on Steam right now.

Eternal Crusade: 70% off on Steam.

EVE Online: It’s half off on the Humble store and a ton of special deals through the official site.

Black Friday is coming, and we've got a few deals lined up for pilots that include SKINs, Omega Time, PLEX, Skill Extractors and all manner of shiny stuff! Check it out at https://t.co/3ozEygqcXM #tweetfleet pic.twitter.com/PHqt17hi30

EverQuest: “From now until December 7, 2017, a selection of assorted holiday-themed items including Endless Turkeys, the Festive Autumnal Center Piece, the Crown of Feathers Nimbus, the Familiar of Thankful Days, and more are on sale in the Marketplace!”

EverQuest II: Familiars, mercenaries, prestige housing, and depots are 25% off.

Gigantic: PWE is running decent sales on both Xbox One and PC, including up 25% off currency packs, 25% off starter packs, 33% off ultimate packs, and 50% off all heroes.

Guild Wars 2: ArenaNet’s promoting sales in the official merchandise store, including t-shirts, plushies, bags, art prints, Path of Fire items, and coffee mugs. Spend $50 or more in the store and snag an in-game code for a random minipet too. There are daily sales in-game as well, plus some freebies, so log in every day to snag yours!

Lord of the Rings Online: SSG’s offering 75% off Virtue Bundles​, 50% off Complete Crafting Tiers, 50% off select Housing Sets, double bonus points, and 25% off a bunch of other upgrades. But the best bit is probably 85% off Helms Deep, Riders of Rohan, and Rise of Isengard expansions. That’ll catch you up!

Mechwarrior Online: Piranha is advertising its “Biggest Black Friday Ever,” with sales on currency and bundles alike. There’s a chart!

Neverwinter: In addition to the currency sale, there are bonus rewards for charging ZEN.

Riders of Icarus: Nexon has brought back a bunch of goodies for daily deals and a lockbox, which includes a plushy whale mount that I want and I don’t even play this game.

RIFT: Premium mounts will be 25% off from November 22nd through the 29th, and some previously lockbox-exclusive mounts will become available for direct purchase. There are huge sales on Steam too!

Secret World Legends: The autumn sale is live! Snag up to 80% off sale cosmetics, mounts, and more.

Skyforge: Skyforge has up to a 50% discount in the Hall of Trophies running through next week.

SMITE: Hi-Rez has been tweeting out daily deals all week, but the best one is slashed prices on gemmies.

Star Trek Online: ZEN is on sale as part of PWE’s network sale, plus the entire STO C-Store is 25% off. Also lockboxes.

SWTOR: BioWare is granting 50% off all collections account unlocks, a discounted Senya Tirall lightsaber pike, and daily sales to boot.

TERA: En Masse has a new sale running every day through Cyber Monday, when the “best sellers” will return. The studio says more than 400 items are on sale in the cash shop, and there’s a nice perk for buying currency bundles too, including a 35K EMP bundle with 40% bonus EMP. Also lootboxes.

Trove: All starter packs will be 50% off during Thanksgiving week. All Class Packs, plus the Creators Pack, Collectors Pack, and Battle Pack will be 70% off, while the Essentials Edition and Double Dragon pack will be 80% off, through November 27th.

Warframe: Packs are half off on Steam.

World of Warcraft: It’ll cost you just a tenner in the Blizz store. Legion’s down to $24.99 as well. 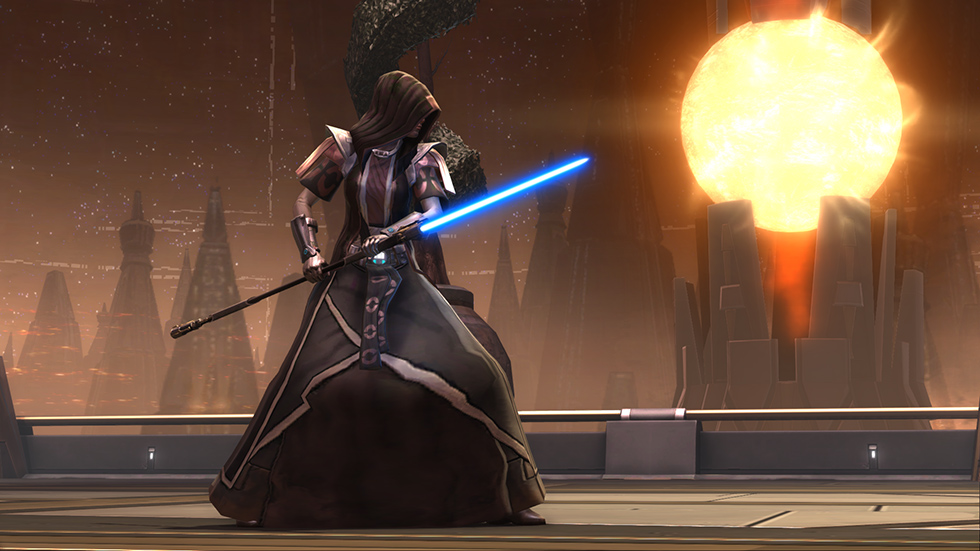 Know of a sale we missed? Drop it down in the comments so that your fellow readers might benefit too.

Tired of hearing about money? Check out this morning’s roundup of all the MMO events. No sales, just fun stuff to do this weekend!