This past weekend, for lack of a better word, was a shitshow.

Let me try to set the scene. My computer is about five or so years old, and it’s been having some things happen to it that classic car collectors would probably call “character.” It doesn’t run cool unless it’s out of its shell. It now and again decides which USB port is the source of a Watchdog Error. And now, it decided that it can’t really handle running Anthem even at low spec. Goodness did I try, though.

Unfortunately, the purpose of my visit to the world of Anthem — to try to take its temperature and see if things were well and truly dying – didn’t really work out to well owing to the alluded-to technical SNAFUs. For what it’s worth, though, the times I was able to tumble around in Freeplay, I was running in to and alongside a couple of other people who were similarly darting around and wrecking faces. That’s hardly evidence enough of a robust game, to be sure, but it’s not quite as barren as I had first been led to believe.

I was able to get at least about a couple of hours of time in my big pink stompy robot suit, and almost immediately I was reminded how much fun it is. I don’t care that this thing can field weapons. I have a giant shield that I can use to run through enemies with. I want more classes in MMOs where I get to do that, please. 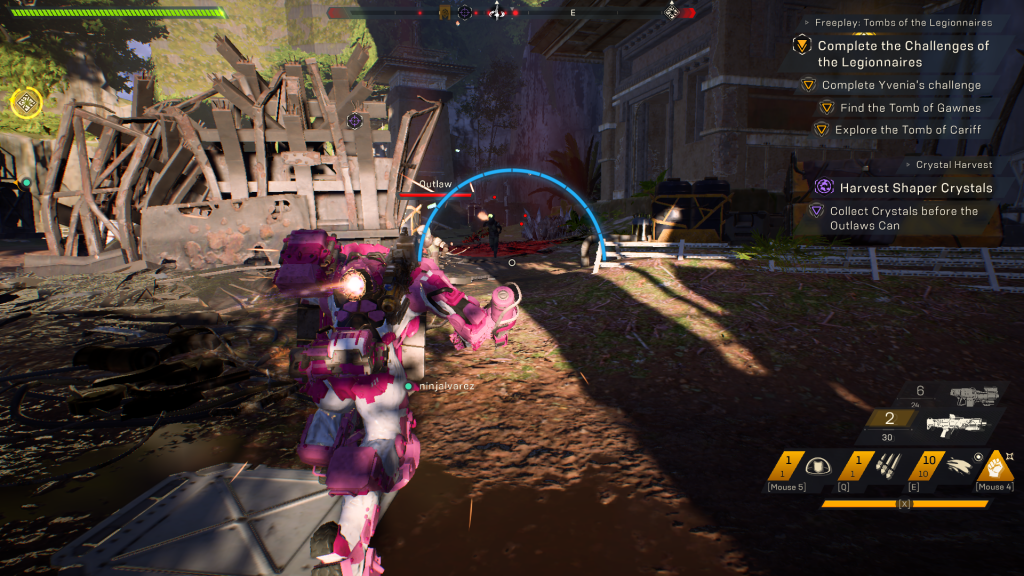 That’s perhaps the biggest thing that makes me sad about the possible fate of Anthem, whether that fate is failure or redemption: The moment to moment gaming is just so incredibly fun. I know that the sandbox portion of the game isn’t a true sandbox so much as just a staging ground for respawning mobs to get run over, but that’s kind of all I really want sometimes. I was also reminded just how well Anthem made motor-assisted metallic suits of high-tech armor feel. The Colossus is a thick fella, and every hit I landed with my shield charge felt like it.

Sadly, running around in Freeplay was all I could really do, as the game was consistently crashing to the desktop after a bit of time even after I ran an install repair just to ensure there wasn’t some file corruption. So, considering the technical difficulties I was having, I decided to head on to the second poll choice: Destiny 2 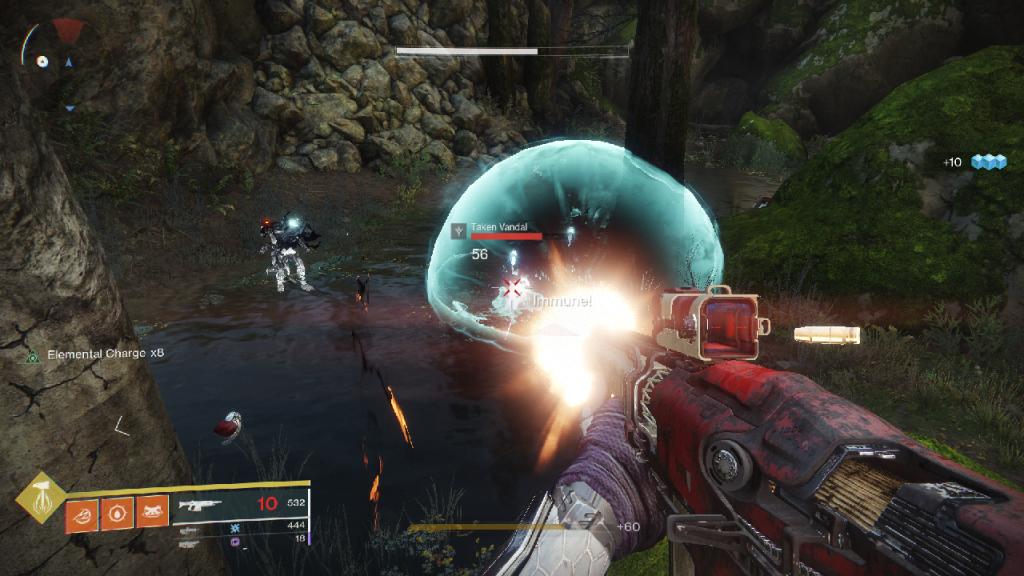 Almost instantly I was reminded just what it is about this game that sticks to me so well. I adore the gunplay in this game. Bungie makes outstanding FPS games and has always had digital firearms sound, look, and feel the best in all of video gaming. The second I opened fire with the machine gun I had in my inventory – the angry, growling broken-engine noise it made, the swiftness it took down enemies, the little perk that piled on damage the more kills I racked up! – I was absolutely back in love all over again.

This love of mine, however, is a confusing one. I haven’t hopped in to the world of Destiny 2 since the end of the Forsaken expansion, so to say that I was behind the curve and more than a little bit lost is an understatement. It didn’t help that opening the Director and looking at the Destinations list had quite literally every planetary icon lit up with things that were waiting for me to finish. I tend to suffer from analysis paralysis if I’m presented with too many options of things to do at once, you see. It’s why most sandbox MMOs and even open world single-player titles don’t hook me in very well. 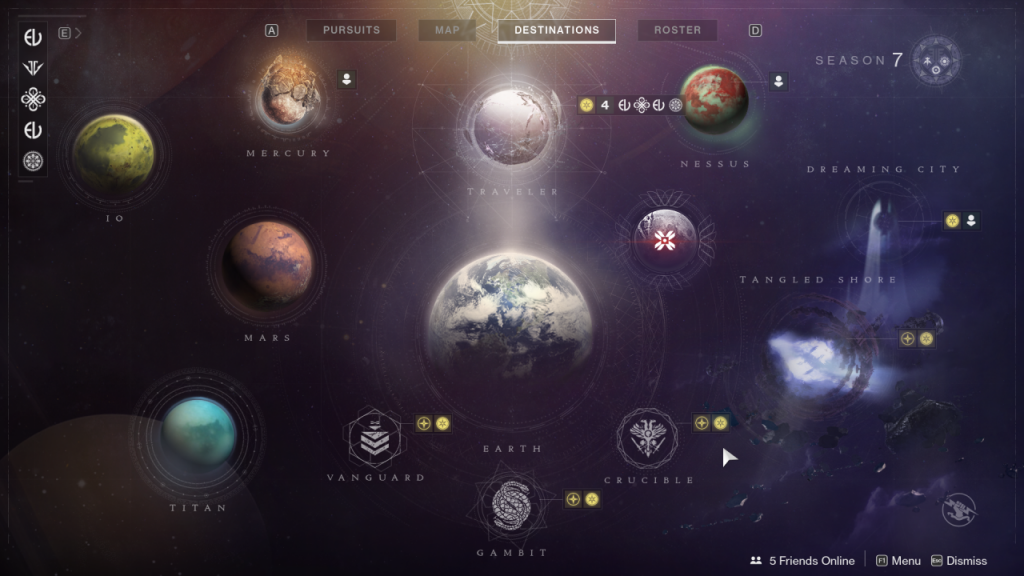 Mercifully, there was the Black Armory that I had been meaning to visit ever since I read that it was a thing, so I decided to use that as my focal point. This was also the point where I was reminded at the other edge of Destiny 2’s double-edged sword. This game loves it some grinding, and you darn sure better love grinding, too, if you want to achieve anything resembling character advancement.

Most of the steps for the weapon frame I was handed were easy enough, but then I got to a point where it was asking me to land multi-kills with a weapon type I didn’t actually own and I was left just sort of twisting in the wind. Did I do something wrong? Should I have a Power weapon equipped? Am I a worse player for not having that type of weapon slotted?

Oooo! New public event is dropping! Never mind the quest step, I’ll just run around in the open world and shoot things. This gun sounds awesome when it fires.

Then Destiny 2 crashed on me, too, and so I decided that’s probably a signal to wrap it up. Also a signal for me to win the lottery so I can afford a new machine so I can play these games and get back to doing other things I like to do. Like streaming. 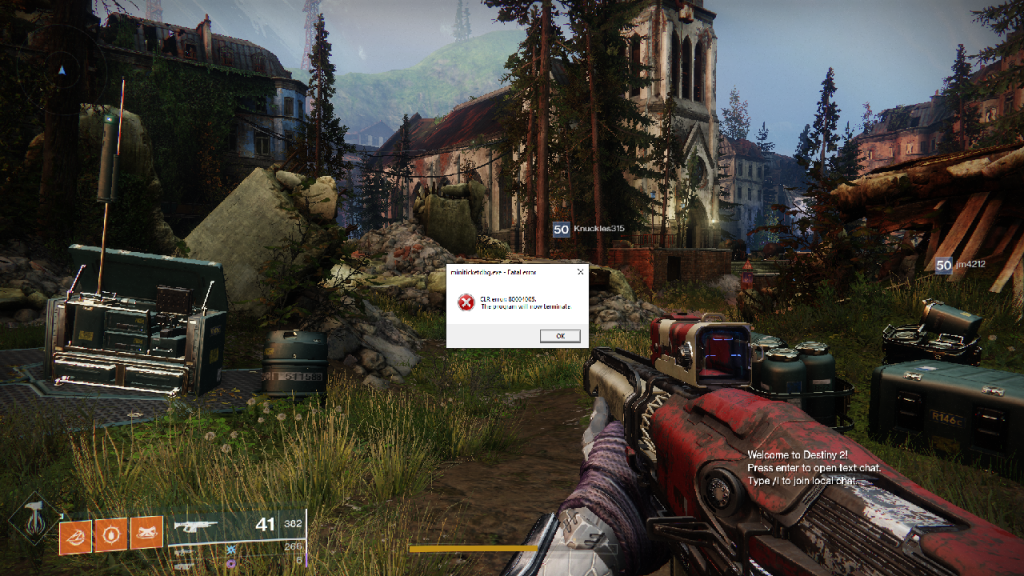 I apologize if this week’s report is all over the map, but then, so was I as well. But hey, you got a two-for-one deal on CMA gaming stuff! That’s pretty good, right? Please don’t hate me?

In fact, how about we move on to the final week’s poll choice for our Not So Massively edition of Choose My Adventure. As I alluded to at the beginning of the month, I said I was going to try a game that I never had set foot in before. Something I had avoided like the plague. Something that I have squinted at in confusion as to what it is that makes it so alluring to so many. Now, it’s time for me to finally experience it and tell you all about my experience.

There’s certainly no shortage of titles of this type to select, certainly, but I’ll be sticking to The Big Three for our poll choice for this week. Understand that I have a general idea on how things work, but I also have never set foot into any of these titles whatsoever, so expect really awful gaming and probably lots of screenshots of my corpse. With that in mind, tell me where to drop in.

Which battle royale game should we head in to? 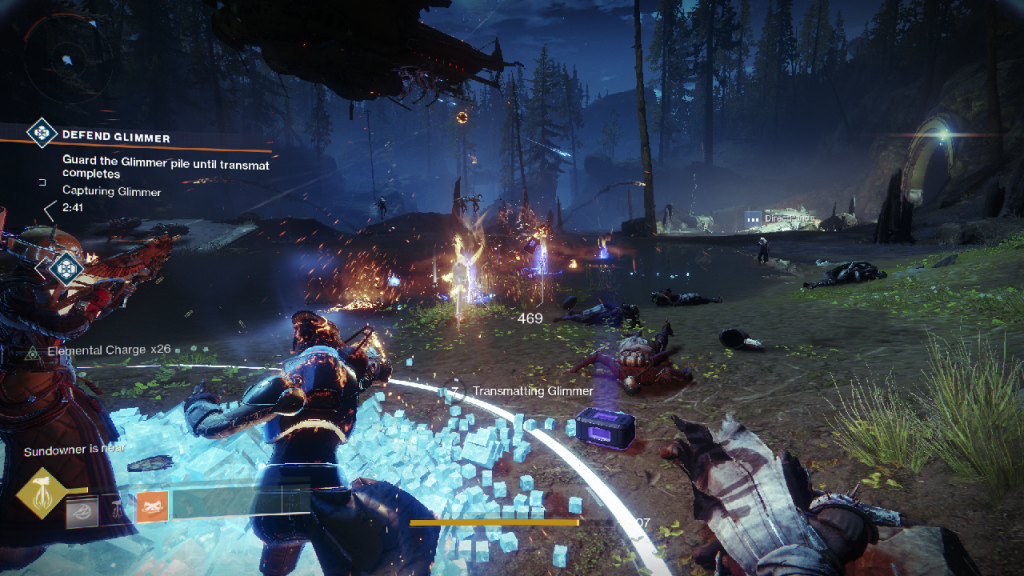 As usual, polling closes at 1:00 p.m. EDT on Friday, August 30th. Until then, I’m probably going to troubleshoot my computer a bit more and see if I can’t keep the old girl alive just a bit longer.

I thought they canceled Anthem.

See Bree? What did I tell you? You use the word “shitshow” even in the very rare instance where it should be used, and the kids in the back seat suddenly start jumping up and down shouting “Shitshow! Shitshow!”. Before this site becomes a dumpster fire of swearing, let’s maybe stop and think and find a different word or saying to use, yeah?

That Chris fellow always was a troublemaker.

Have you already tried Windows Memory Diagnostic? It’s not as thorough as MemTest86+, but it’s much faster and comes built-in, at least for Windows 10.

I find that random crashes are often tied to bad memory.