Today marks another big installment for the alpha of Star Citizen. The 3.7 update should now be live for everyone as you read this, bringing along a variety of updates and features that we’ve been covering for the past few weeks including FPS mining, new caves to explore, the remarkable new RSI Mantis interdictor, and other features like ship rental, mission sharing, and a slightly more involved crimestat and reputation system. Heck, there’s even a new ship.

The alpha update’s official page also has additional details on what’s on tap for 3.7, including new flyable ships like the Banu Defender and the Sentinel and Harbinger variants of the Aegis Vanguard, two new weapons, and various quality-of-life improvements like new enemy AI on the ground and in space flight, additional character customization features, new weapon attachments, and various improvements to Arena Commander.

I had the opportunity to interview Sean Tracy, technical director for Star Citizen, about how 3.7 has changed the game for the players and the devs, and what players have been doing during PTU testing. 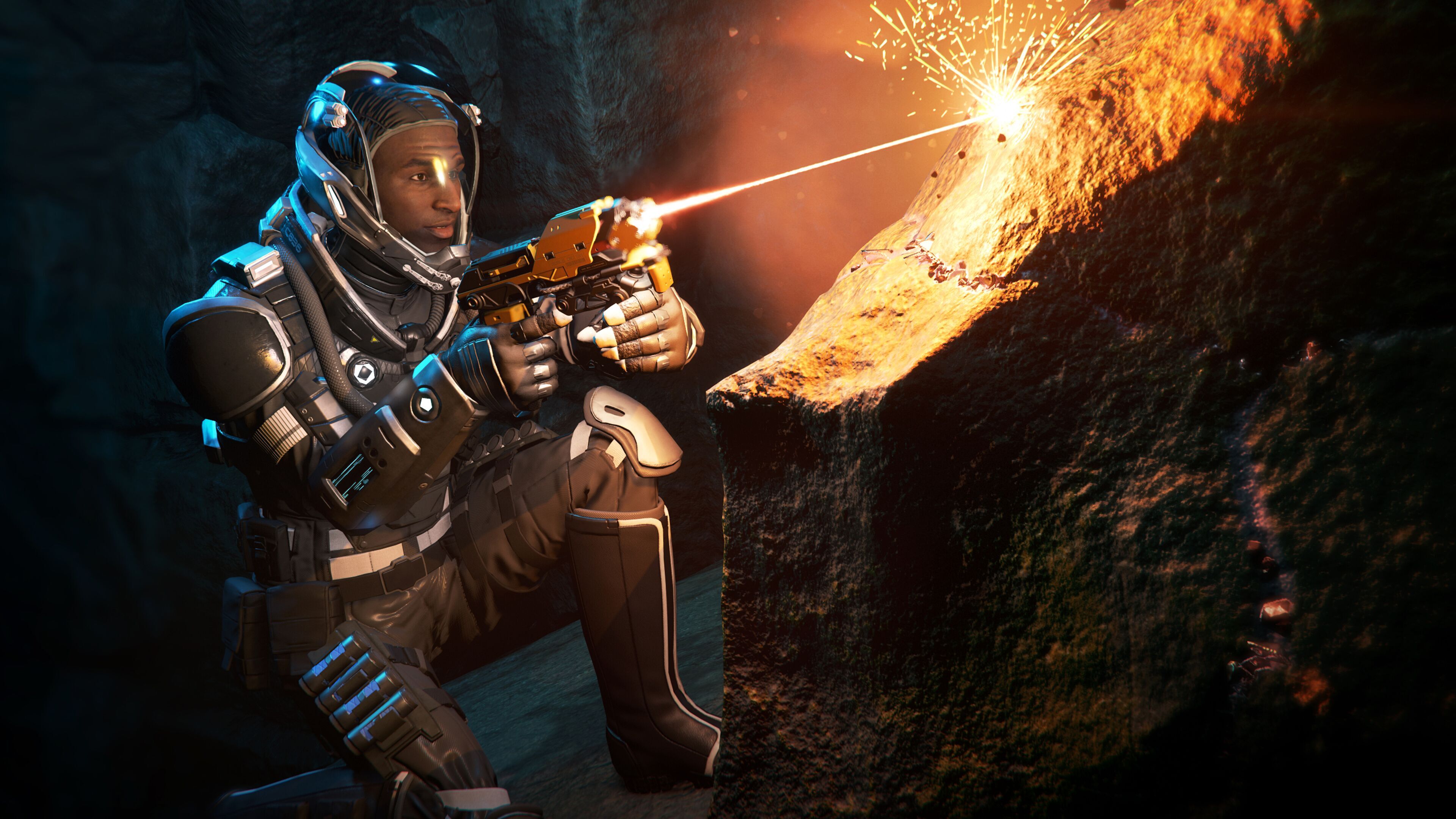 MassivelyOP: If the focus of 3.7 had to be described in a single word or sentence, what would it be? What was the driving focus for development of this update’s features?

CIG Technical Director Sean Tracy: “Into the Depths” – Alpha 3.7 surrounds the addition of caves & on-foot mining, with several supporting features that combine to create a new game loop for Star Citizen players. At a high level, this looks like “find cave, gather resources, place in inventory, and travel to safety so you can sell them.” However, the new RSI Mantis player interdiction ship (and the addition of mission sharing) throws a bit of a question at players: should you team up to guard against a-maybe-in-waiting interdiction fleet, and ensure your hard-earned cargo stays safe, or do you truck it alone and keep the profit all to yourself? Or are you the pirate in the Mantis?

What sort of things have PTU players been doing most in 3.7.0? What do you expect will happen in the live game once the update hits?

As with most patches, we see a ton of players diving right into the new features on PTU; so there are lots of players in caves, mining and selling. Finding weird stuff that we put in as easter eggs – some teddy bears, some dead bodies, etc. For this PTU cycle, we’ve also started bringing in developers equipped with the Mantis, who are lying in wait to interdict quantum travelers. We expect this to continue to play out throughout Alpha 3.7, but also expect to see more players sharing missions to take on some of the all-new and much more challenging PVE content in 3.7.

3.7 is adding FPS mining, which was described as a way to get some rare materials. Are these materials truly meant to help individual players earn some significant money on their own terms?

Absolutely! This is a whole new addition to the SC economy, and we’re excited to have players start gathering and selling these resources, as they save up their hard-earned in-game currency to apply them towards ship rentals and purchases. One thing to note: how well you mine, the mineral ore deposit you’re mining, and a small element of RNG to all our ore deposits, so some might be richer than others…

Much of the FPS mining features like personal inventory were already done by many other games. Why do you think creating a similar system took this much time to introduce into Star Citizen?

We need the inventory to work with our persistent back-end services that are still being built – so this is a big step towards the implementation of that system. We also didn’t want to have any “invisible bag of holding” that could be filled with anything, or to be a to be a “2D MMO UI,” but instead wanted all inventories to be 3D and physical so they feel real. That is a full system that took time to build out, and we’re happy to release the first step towards realizing that goal. 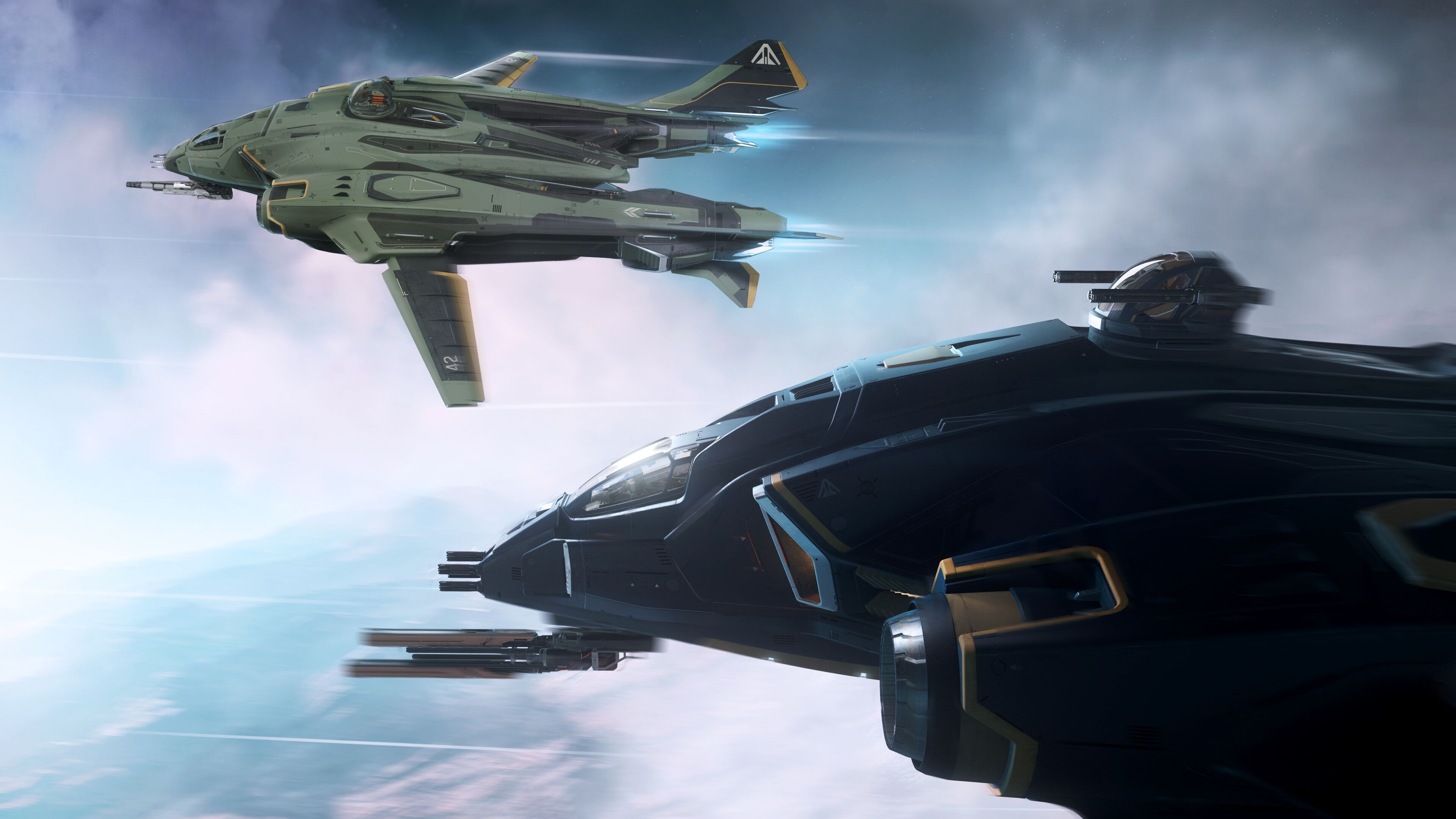 How have players taken to the new ship rental system? Has this alleviated the perception that Star Citizen only benefits those who open their wallets to buy purpose-built ships?

We can’t speak for perception, but we strongly believe that adding in ship rentals will massively affect ship availability for all Star Citizen players, as well as create more options for players that might want to change up their play-style as they tackle some of our newer and more challenging missions.

How frequently will ship rental costs change, if at all? Is there going to be a supply and demand metric?

We’re always evaluating balance issues like this in Star Citizen, and certainly expect that we’ll adjust ship rental costs over time as we get closer to the “sweet spot,” that provides proper rewards for proper gameplay.

What effect do you hope crimestat restrictions will have in the game in the short and long term?

We see Star Citizen as a living, breathing universe. One of the key aspects of the “real world,” is that as you move into new places, the laws change. What’s legal in California might not be in London, etc. We want to mirror that inside Star Citizen in ways that will challenge players to adapt their play style, goals and game planning for different locations. 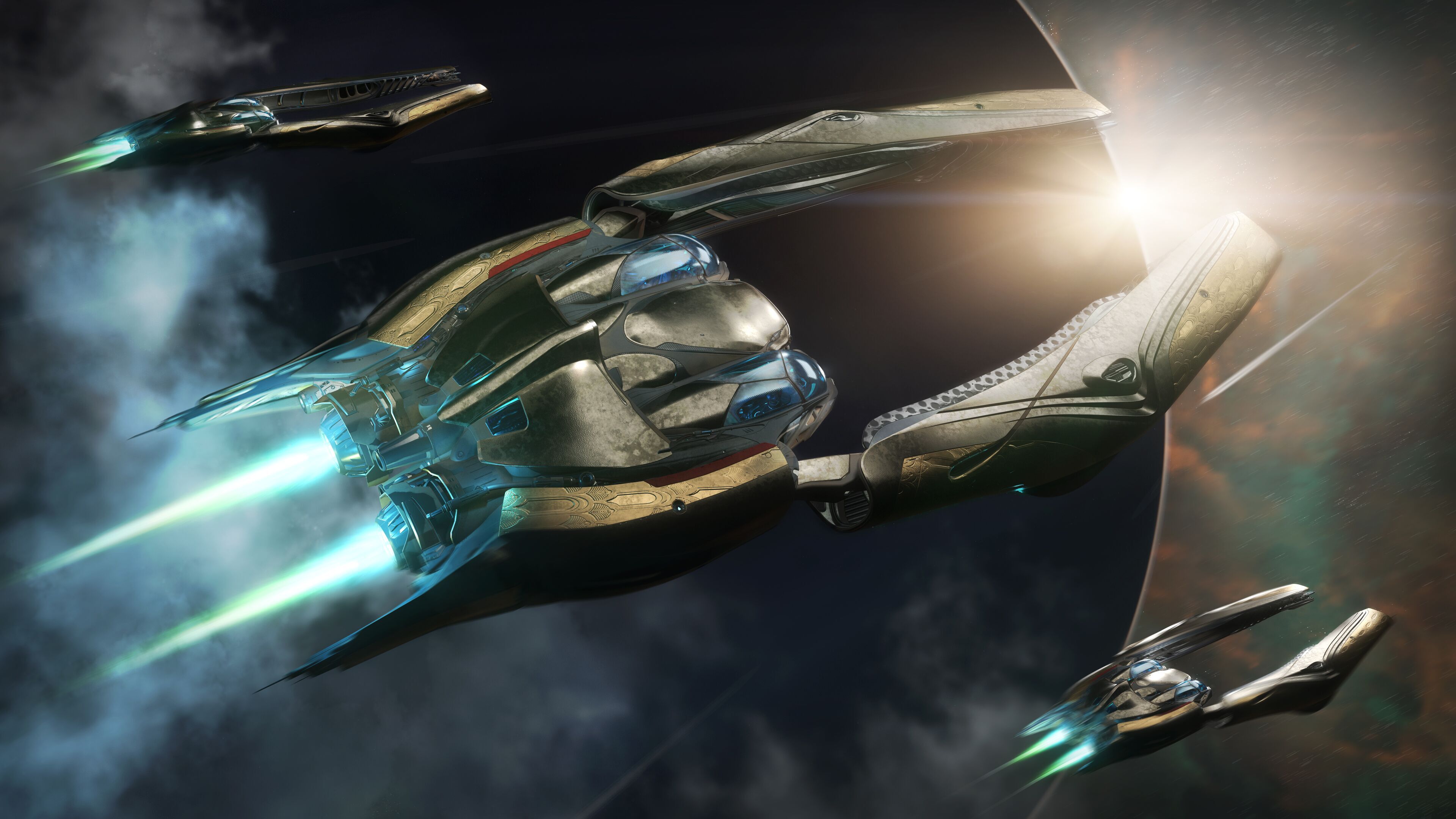 Has the mission sharing system in 3.7 opened up more group and fleet/multicrew play?

Absolutely. But it’s not just implementing mission sharing, it’s what the ability to share missions allows us to do from a development perspective. Since we know players can more easily group up in Alpha 3.7 and beyond, we’re able to create more missions and gameplay scenarios that might require groups of people to be successful.

Beyond just missions, the ability to share and play together is a core tenet of Star Citizen. Mission sharing and group options means that players can more easily group up – to say, make a pirate fleet that interdicts using the Mantis, or teams up to get a fighter escort for their heavily laden cargo ship, ensuring their safety from pirates, but likely having to split the rewards.

Has adding mission sharing made creating missions more challenging now that the design team has to consider how missions operate with multiple people at once?

As previously mentioned, this is less of a challenge and more of an opportunity! We can now create missions with the idea that multiple players will likely have to share them in order to complete them, or to create rewards that are appropriate for solo-ing a mission designed to be completed by groups, etc.

Let’s bring it back around to the opening question to close things out: What sort of word or sentence would you say describes the focus of patch 3.8?

See you at CitizenCon :)

I’d like to thank Sean Tracy for taking a moment to answer my questions. Now if you’ll all excuse me, I have a Caterpillar to rent. Seriously, I am in love with that ugly thing.