Framed. Convicted. Exiled. Now, shipwrecked? What do the fates have in store for me next? Perhaps this Isle of Siptah will be my redress. Wait, what was that sound…

Say what you will of Funcom, but after my first taste of the shipwrecked survival life, I think it got something right with Isle of Siptah. The Conan Exiles expansion is by no means perfect, but it checks some notable boxes for me regarding gameplay, fun, and studio integrity. For me, that’s a win. And no one can deny that Funcom needs all the wins it can get.

What is Isle of Siptah? How is Isle of Siptah? If you can’t jump in to experience it for yourself right now, perhaps you can get a feel for this new map with my thoughts and first impressions. (And you can add some live footage to the mix with our launch-day OPTV stream!)

Definitely not a DLC

If you are like me, you gave a big side-eye — and maybe muttered a what the…? or two — to Funcom when it first announced the upcoming paid DLC for our Conan survival game. Was the studio breaking the promise of free DLCs? With just the hint of just “new map” to hang hope on, I felt there was only one way Funcom could redeem itself for what would be a mega blunder: I argued that new paid content needed to be an actual expansion. Falling short would have been disastrous for player trust. No one needs to lose more trust, especially Funcom.

What is lacking, though, is the ability to move between maps, an expansion feature that most MMO players would be accustomed to. So with that in mind, I can see where the term sequel (prequel?) could apply; however, that has its own issues because sequels are usually standalone games to buy separately, and this is not.

I feel that the nomenclature problem is a Steam issue: Because the game is on Steam, all additions to a base game there are called DLCs, regardless if they are large or small. That’s just how it is. For Isle of Siptah, you need to own Conan Exiles. ARK: Survival Evolved is in the same boat: Each new map expansion is called a DLC. The difference is ARK didn’t have smaller cosmetic DLCs to muddy the terminological waters.

The price is right

Once you clear that nomenclature hurdle, you realize that the price for Isle of Siptah is a pretty good deal. On top of the expansion content, you get additional goodies found in regular DLCs, specifically two building sets and additional armors. For $19.99, players get an expansion and at least a DLC and a half’s worth of content. As DLCs are $9.99, that breaks down to just five bucks for the expansion. Sounds like a pretty great deal to me! Of course, the real value is in the experience of playing.

Enough with the what of Isle of Siptah, let’s dive into the how! Or, more accurately, crash into it. How is it? So far: pretty fun.

I personally really appreciated the way Funcom tied the exiled lands of Conan Exiles to Isle of Siptah in the very first moments after loading in. Making that connection made it all more meaningful to me: You are on your way to the exiled lands when your ship gets attacked, burned, and sinks. You wash up on this island instead of your intended destination. Is this a blessing or a curse? That’s the next question.

It took me some time before I could begin to answer that question; I spent a while in character creation as Isle of Siptah added some new customization, including additional races. Additionally, players get to choose where they start on this island. There are four possible beginning areas, including one beginner area, one forested area with a little more risk, and two difficult areas. The variety is nice, both for skill level and for spreading folks out. Where did I go? You saw me mention forest, right? Obviously I picked there. And so my journey of island life began.

It was a bit different for me starting a character with the journey steps enabled from the get-go. Levels were not hard to come by in the beginning just by moving around and checking things out. Because you wash up on a beach, you are surrounded by plentiful resources of broken boat planks (logs), branches, and rocks. And water! You don’t have to die of thirst straight off on an island. You can also collect oysters for some food until you are ready to skin some island fauna for meat (just don’t eat them raw right after a fight). 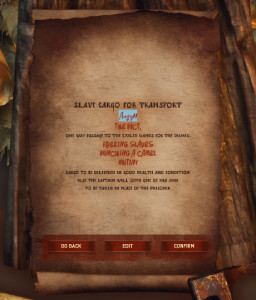 You can also pillage the bodies of those who didn’t survive the wreck, so you can collect enough to get started on basic things very quickly. Additionally, you’ll find a few chests from the ships among the wreckage, just waiting to be plundered. I am not sure why, but salvaging the shipwreck and picking the pockets of the guards was much more satisfying than just regular harvesting — and I like harvesting! Maybe it was the whole feeling of I crushed my enemies and saw them driven before me, now I use them to build my own life.

While I purposefully did not try to get as far as possible during my preview (I hate completely spoiling a game before I get to play for keeps), I did get to see enough to know I was really looking forward to diving into live with my friends. I absolutely love the pirate-y nautical look and feel of building your home from flotsam. Running into new animals was also enjoyable. (Oooh look at that adorable turtle. Awwww. Oh, and there’s a fluffy pup. Hello doggy! Aren’t you a good… ahhh! Nooo, not with teeth!!)

Of course, there is all-new exploration to entice me to get to places I probably shouldn’t go yet. Places like inside a large carcass of a massive ship (oh, hello magically appearing undead pirates!) or atop a cliff to investigate the swirly blue storm portal (oh hello thralls-to-be… with your massively better weapons and armor!). Exploration also leads to amazing moments like surviving the mad rush of said thralls-to-be and the additional attacks of a very angry moose/elk (I couldn’t see it well as I ran for my life) only to die by slipping down a short cliff face. Ahh, island life!

There are downsides (the change to healing with food for one), but so far I am pleased with this addition to the Conan Exiles universe. It’s a good-sized map, and you can get pets and mounts much earlier on than before. There is plenty of fun gameplay to keep me occupied for a while — even longer once I start building in earnest. And I am really excited to have the heart-stopping what’s-around-the-next-corner and what-in-Mitra-did-I-just-hear moments back. It’s new but familiar, and that just lends to the undercurrent of tension that makes playing more fun. I won’t deny that I like island aesthetic better than desert, too. Not to mention, I get to build a treehouse!

I do have ideas of ways to bolster the experience, including ideas to incorporate the exiled lands even more into the island, but we’ll save that for another time. For now, a new storm is brewing and I need some better shelter.