March is but a memory. April is here. And while a new month certainly brings new things to Choose My Adventure, we’ve got just a bit of cleaning up to do before we head full-bore into the next big game. March’s sampler platter edition of CMA challenged us with four different titles — Diablo III, Path of Exile, Marvel Heroes, and Torchlight II — and to date we’ve discussed only three.

Thus, we’ll begin April with thoughts on Torchlight II, the final game in our sampler platter series. Developed by Runic Games, Torchlight II is an OARPG with some interesting twists, a beautiful color palette, and one of my favorite video game worlds.

Torchlight II is the only game from this month’s OARPG buffet that I had played before. My original play through was from the point of view of an Embermage, Torchlight’s ranged magic damage dealer. Last week’s voters sent me down a different path by placing a wrench in my hand and assigning me the Engineer class. It was a starkly different playstyle from what I was used to, and while I think I still prefer Embermage, I definitely had a good time experimenting with the Engineer toolkit. 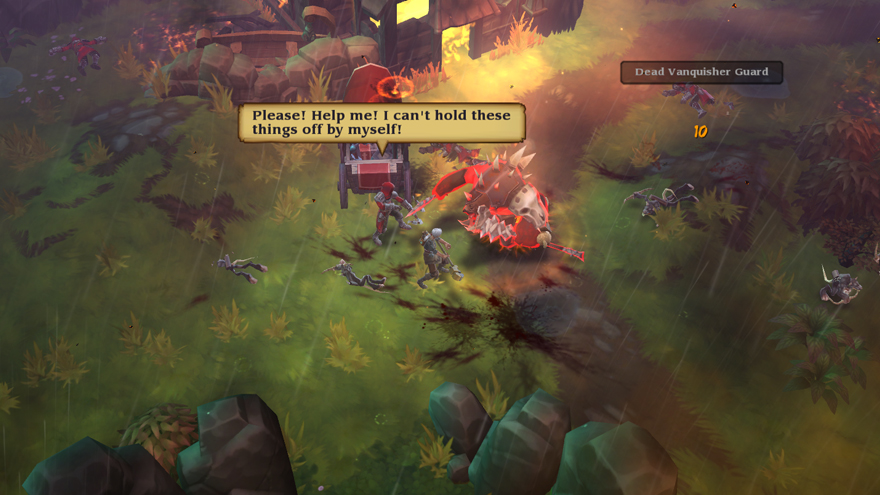 In Torchlight, ability unlocks aren’t necessarily linear. You gain two different types of points as you level; one type goes into boosting your stats and the other into improving your spells or unlocking new ones. With the Engineer, for example, you can invest points into strengthening your primary hammer attack or use points to unlock new abilities like a roaming healbot. Engineers can choose to enhance their attacks above all else, but cool gadgets abound in the construction skill tree. Spider mines, gun bots, grenades, and even a damage-dealing robot are all on the table for the building-inclined (which to me seems like the point of being an engineer class in any game).

Engineers also have a charge mechanic that feeds into their gameplay. As you attack enemies, your charge bar builds. Different attacks either add charge or use charge. For instance, the primary flame hammer ability will consume a charge (if available) to spread the flames out beyond the initial radius of the attack. Another ability receives bonus damage based on your current charge level. Building and expending charges is a core component of the Engineer playstyle. It makes the game more than a mana bar and a little more challenging.

One of the worst things, to me, about OARPGs, is that they’re all grimy and gross and depressing. Torchlight II, however, has a bright, colorful world design that gives you breaks from the dungeon crawl. Sure, there’s haunted ruins and grey stonework in abundance, but there are also verdant forests, snow-capped trees, and a sprawling desert. When I originally purchased Torchlight II, it was largely the art style that snagged me. Revisiting the game a few years later was a nice reminder of the great work the Runic team has done. 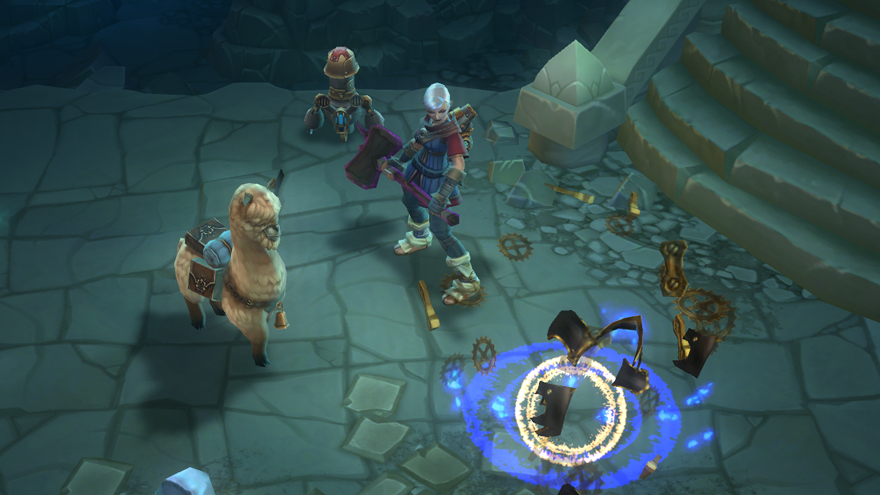 Torchlight II’s dungeons can feel a little endless. I also had trouble finding loot that I wanted or could use, a problem I experienced on my Embermage the first time around. Those minor complaints aside, Torchlight’s universe is one I love to explore. I’m especially fond of the locked treasure chests scattered about the world; find one and you’ll have to track down the monster holding the key before you can open it. And then, of course, remember where the dang thing was, which often turns out to be the hard part. There’s lots to do and lots to see.

Torchlight doesn’t necessarily reinvent the wheel. The addition of a pet makes it easier to manage your inventory or buy/sell items while out on the grind but isn’t revolutionary. Loot is found in abundance. Side missions pop up everywhere. It’s the basic formula, with little tweaks here and there. Of all the games I played this month, Torchlight II is the one I enjoyed most (although props to Marvel Heroes for an incredibly strong showing). And with the box price landing under $20, it’s definitely the more value-centric of the two pay-to-play games featured in March. 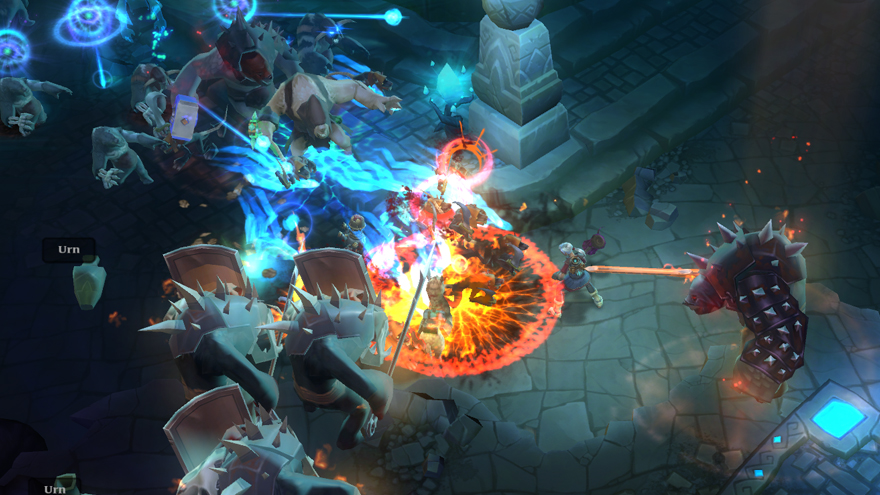 And that’s pretty much a wrap on CMA for March! With our OARPG series closed, it’s time to revert back to the old format of one game per month. Tune in next time for a new game, new choices, and probably a few new other things as well. Hugs and kisses!