END_OF_DOCUMENT_TOKEN_TO_BE_REPLACED
When Star Wars: The Old Republic first released, an old Star Wars Galaxies argument popped up, and the crux of that argument was this: “No one wants to be Uncle Owen.” If we say that SWG pre-NGE was the Uncle Owen game, where players could successfully play a simple moisture farmer, and compare it to SWTOR, where you can be a member of the Dark Council, then we would see that SWTOR is clearly the winner if we are talking about the sheer number of players. However, SWG was one of the founding MMOs; it helped kickstart the genre. There were just not that many people playing MMORPGs at that time, so comparing the raw numbers is a bit unfair.

The argument continues. If we look at the story in the upcoming Battlefront II game, we see a kind of Uncle Owen story. The main protagonist of the game is a Commander of a squadron of Imperial soldiers that we have never heard of until now. Her name is Iden Versio, and she is, for all intents, a faceless Stormtrooper. Star Wars fans are very excited about playing through this storyline. I’m one of them.

However, the biggest place where we see the Uncle Owen controversy is in the SWTOR roleplay community, and I believe that if we study their arguments for and against playing a powerful character, we will gain a greater understanding why some storylines work and others do not. 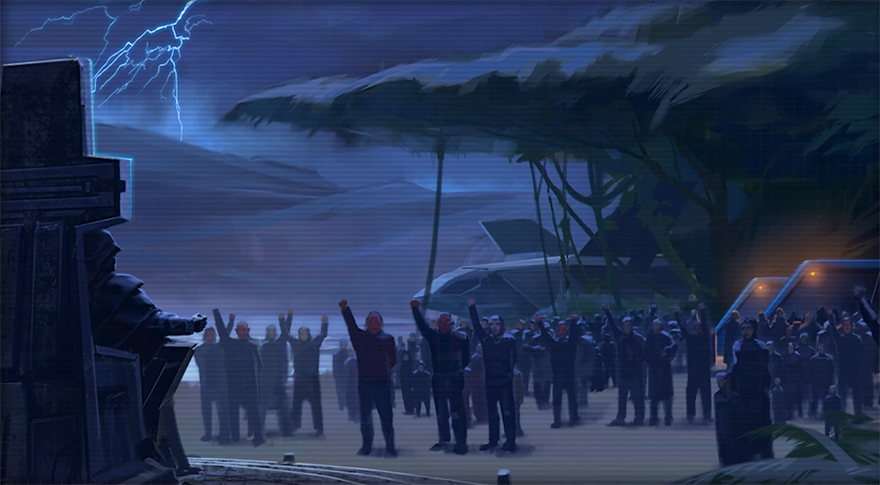 First of all, I would like to say the statements “No one wants to be Uncle Owen” and “Everyone wants to be a Jedi” are completely wrong. We all know this. Even if we put aside the fact that those statements are completely hyperbolic, it discounts those gamers who actually like to be the Han Solos and Jyn Ersos of the Star Wars Universe. And as I make the arguments for each side, I want to be clear: Playing a character who doesn’t use space magic or doesn’t have all the power of the galaxy in his hand is a perfectly viable and fun way to live in the Star Wars Universe. But for the sake of the argument, I have to ask whether there is enough interest to make it a worthwhile pursuit from both a developer perspective and a player perspective.

I would also like to clarify what I consider a success when it comes to the MMO space. In a contest of raw numbers, EverQuest can’t come close to touching World of Warcraft, but I believe that EQ had just as much impact on the genre as the mammoth from Blizzard. But if it hadn’t been for EQ, a game like WoW would not exist, so in this case, EQ was a tremendous success on multiple fronts. For this reason, I measure success not only on raw numbers but on the game’s impact on the greater genre. Under those parameters, I would say that SWG was also a success, even though the number of players at any given moment was not as high as a modern blockbuster. The game made a heavy mark on Star Wars games and MMOs, and players still use it a gauge for quality systems like crafting.

An argument against Uncle Owen

I think we have heard the argument that everyone likes to feel powerful, and I’m not going to deny that. There is a definitely an endorphin boost when your character grows into a behemoth of the Force. The Dark-Side ending for Knights of the Old Republic was great: millions of people bowing down to the all-powerful Darth Revan, right?

But that’s not all there is to playing a powerful character.

I recently saw a roleplayer who goes by Seraph in the Ebon Hawk community say something interesting in the Citadel Discord chat. She said, “In the books and in the games, it implies that there is a larger level of politics that Sith engage in once they become a Darth.” As someone who likes the Netflix show House of Cards and really enjoys the political side of Game of Thrones, I admit that the idea that there is another “game” beyond gaining the top Imperial rank excites me. In the Knights of the Eternal Throne expansion, we see a taste of this struggle in the scenes with Empress Acina and Minister Lorman.

Without the ability to rise to the top, we would not be able to see the political game. As Uncle Owen, we would just be attempting to survive — making a living in our own little world, as the galactic powerhouses fight each other. Not that there isn’t merit to that kind of struggle — there is! — but it’s not necessarily fun for everyone. 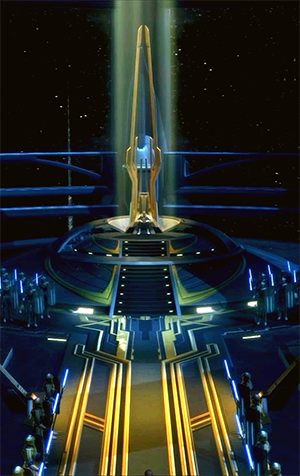 An argument against player power

Once you’re at the top, where do you go? If you are the Emperor of the Eternal Empire and have defeated the galaxy’s greatest enemy ever, what is there left to do besides rest on your laurels? Currently, that’s the issue with Star Wars: The Old Republic. The conflict at Iokath is interesting, but siding with the Empire or the Republic kind of loses its impact when you already have the most powerful army in the galaxy and could easily take out either one of those other factions.

It’s common for many people to say that the real game of the MMORPG doesn’t actually start until you’ve hit the level cap. What I believe most people are trying to say is that the game changes drastically when you hit the top. And that’s true of storytelling, too. When you’re emperor of the galaxy, the game changes from gaining your position to defending your position. It’s Robert Baratheon syndrome. Conquering the seven kingdoms is one thing, but if you don’t know how to play the game of thrones, then the kingdoms will crumble underneath you.

I don’t have a good answer

I really enjoy political games. I really enjoy stories of kings and gods, but Uncle Owen, Walter White, and Rick Grimes all have very interesting stories to tell, too. What is a developer or a community leader supposed to do? Can you make a game where Uncle Owen and Darth Vader are both playable characters?