While the full Hi-Rez portfolio wasn’t in attendance at PAX West, Hand of the Gods was on-hand with a fan tournament as well as machines to introduce folks to the game. Devs were also available to discuss this tactical SMITE spinoff. I sat down with Lead designer Scott Lussier and Executive Producer and VP of Design Scott Zier to talk about the game’s name, its progress, the reception at the convention, and plans going forward.

In fact, one of the tidbits Lussier shared is that the Japanese pantheon is next on the list after Hindu is released later this month.

By any other name

It was always known that SMITE Tactics was a placeholder name, so I asked Lussier how Hand of the Gods was chosen.

“Naming the game is the most frustrating and difficult thing you can ever do,” he told me. “Ever since the game got the green light 16 months ago, there’s been a Google sheet with name ideas, and the votes got tallied every month.” Then someone finally suggested Hand of the Gods, which is both an actual item in SMITE and a play on a hand of cards, and the name stuck. (Lussier did say that it’s internally referred to has HotGods!)

I asked Lussier about the game’s reception at the convention. He noted that many folks who came to the booth hadn’t heard of the game and expected just another CCG; however, when they came out from their trial, they remarked that it’s more than a card game, its a tactical game. Lussier said, “It’s one thing I have always wanted to drive home with the design — yes it’s a collectable card game but the meat and potatoes is that tactical board and where you position things.”

Zier emphasized that although the game was announced last year, it was by design that not many had heard about it before the big PAX public unveiling. He explained that Hi-Rez didn’t really do marketing until now because the team was waiting for gameplay to hit the point it is right now. “We start the alpha so we can get in the hard core fans to give us some good feedback, but we try not to expand too much more than that until we start to get the gameplay into really good shape,” he explained.”

Bringing in the Japanese pantheon

Players will see the Hindu pantheon at the end of September. (Fun fact: Lussier told me that Hindu was originally going to have a separate karma meter and playing cards with different karma, but the devs decided that would be a bit too complicated, so the focus moved to reincarnation instead.) After that, Lussier said, the team will be going back and getting all the gods and units from SMITE in the game. Then the team is going to set its sights on the Japanese pantheon.

Although the devs don’t have an exact idea of how the Japanese pantheon will work, Lussier said that one idea is to have a weapon-based pickup system. “It will be completely different than anyone has experienced,” he promised. “I look forward to [the Japanese pantheon]. With every pantheon we’re bringing something new and exciting — different ways that you play the game, different ways you can think about playing the game and how you have to strategize around it.” 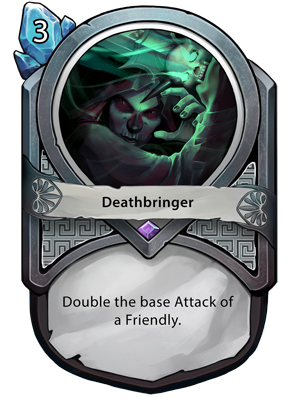 What other changes are in store? One of the first things Lussier said he is going to do when getting back to the studio is rework the tutorial based on what the team saw at the convention. Another previous change might make a reappearance of sorts: One of the changes that disappointed me personally came when the gods moved from being pieces on the tactical board to just standing on the podium. I really missed Zeus throwing lightning bolts. Lussier told me I might actually get that back in some form. He said, “There’s a big document that we are working on internally to improve the leaders and improve the leader abilities. Along those lines, I really want Zeus to charge up a lightning bolt and throw it at people in some capacity.” One of his main tasks will be “trying to create an ultimate leader ability in some capacity [as] it would be really awesome to see Ra do his searing pain from the podium.”

After the Japanese pantheon is released, the team will be a hiatus from adding new pantheons and the focus will be on adding new cards. He stated, “We’re going to start figuring out the best pipeline for us to ensure that we can get all of these mythological creatures that SMITE may never get to.” (Another fun fact: Lussier really wants to add the Paladins chicken into game somewhere, so if you ever see that chicken, you know whom to thank!)

After discussing with him the possibility for PvE boards and different game modes back at Hi-Rez Expo 2017, I asked Zier how those plans were doing – will HotGods still be getting bigger campaign-style playfields? He answered that there was a bigger map during development for a very short test with multiple objectives, but the board as it is now has the best receptions. That doesn’t mean that other modes or scenarios won’t happen, just that the emphasis currently is on refining the current gameplay.

“We have the technical capability with the board and the art the way it’s done to different things with different sizes,” he said. “Guaranteed we’re going to have multiple modes in almost everything we do.”

Is there something specific the team is looking at? “No promises, but we’re going to experiment with 2v2,” he told me. “It’s in very high demand — every player we talk to wants 2v2. Everybody wants to play with their friends more than against their friends.”

Zier stressed that HotGods could be a good chance for players who may be interested in joining the e-sports scene. There will be a tournament with a $50,000 prize up for grabs at Hi-Rez Expo 2018, and the way to get in on that is by attending one of the in-person or online tournaments, or simply by attending the Expo itself; he said half the players will be selected right from the attendees. “If you want to get into e-sports, this is one of the easiest ways,” he explained. “You don’t need a team: You just need a ticket to one of the [tournament] locations or you enter the online tournament. You play and you have a shot at winning the money.”