I think it’s fair to say that EVE Online developer CCP Games hasn’t had much success when it comes to avatar-based gameplay. The studio’s first attempt at a first person shooter with DUST 514 launched to a resounding thud as a PlayStation 3 exclusive, and the expansion that added avatar-based gameplay to EVE itself caused mass in-game riots. Things seemed to be getting back on track about two years ago when CCP showed off a prototype of a new PC-based EVE Online FPS codenamed Project Nova, but now it too seems to be struggling.

END_OF_DOCUMENT_TOKEN_TO_BE_REPLACED
After launching a live playable demo of Project Nova at EVE Vegas 2018 and opening signups for an impending alpha test, last week CCP indefinitely suspended the project. Having played it at the event, I can’t say that it’s the wrong decision. I found Nova to be a competent first person shooter with some interesting mechanics and satisfying minute-to-minute gameplay, but that’s not enough. It ultimately needs some kind of killer feature or hook if it’s to carve out a niche for itself in the now-crowded FPS market, and it seems that CCP agrees. So what would make Project Nova stand out? And how could it fulfill its true potential as a true part of the EVE universe?

In this edition of EVE Evolved, I look at why Project Nova in its current form didn’t live up to expectations and explore a few different ways that it could live up to its potential. 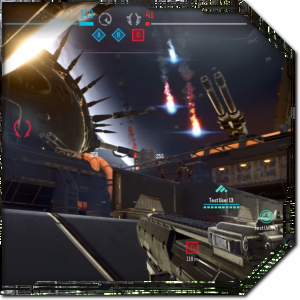 In the newsletter announcing that the Project Nova alpha was being shelved indefinitely, CCP explained that its goal “was always to reinforce the ‘One War // One Universe’ gameplay and create a worthy spiritual successor to DUST 514,” and that Project Nova in its current form “does not live up to our original vision and would not achieve our ambitious goals for this project.” I wrote as much in my hands-on article about the game, that it’s a competent core shooter that’s just missing a killer hook.

Our editor-in-chief Bree Royce joked with me recently that CCP’s newsletter practically used my exact criticism of Nova as the rationale for going back to the drawing board, and there’s a reason for that. Everyone I spoke to at EVE Vegas 2018 felt the same about the game – that it was a decent FPS but they couldn’t see how it would link in with EVE, so it’s no surprise that CCP came away from the event with that impression. The developers may have over-estimated how much a solid core shooter brings to the market by itself and how much value there is in a purely thematic link to EVE.

There was an interesting moment at EVE Vegas 2018 when I was interviewing Nova’s Game Director Snorri Árnason and he talked about how the Battle Royale genre was something that had percolated for years but didn’t really coalesce until the receding circle mechanic was added. He said that he sees a similar genre percolating right now within games like Star Citizen that involves a mix of FPS and spaceship gameplay, and that it hasn’t coalesced yet. “So what’s Nova’s receding circle?” I asked Árnason, to which he replied, “The EVE link.” This is the same link he had already confirmed wouldn’t be in for launch, and that’s when I knew Nova had to go back to the drawing board. 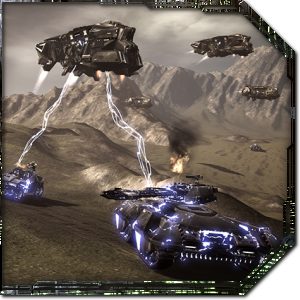 One Universe // One War

CCP announced that it will “spend more time figuring out how all this hard work can translate into something better and more meaningful for the EVE Universe” and that its goal is to reinforce its “One Universe // One War” mantra. To me that suggests the best place for Nova to go would be deep integration with EVE itself, and not in the form of half-baked features like DUST 514‘s orbital strikes that barely made a difference or its slight influence on faction warfare that virtually nobody noticed.

If EVE Online is about wars around structures and ships in space, then Nova has to be about the front-line infantry in those same wars, with tangible roles and significant outcomes in the real conflicts of New Eden. This could be as direct as EVE players launching marines from a space-based weapon or structure to schedule a Nova fight over control of the target, for example. Some of the ideas being floated around at EVE Vegas 2018 included using marines to assault a structure in reinforced mode to move its vulnerability timer to a more favourable time or disable its weapons during the next battle in space. 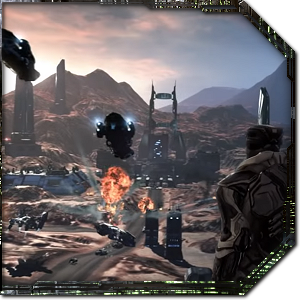 Boots on the ground

While DUST 514 had a lot of gameplay issues on launch, it still believe it failed largely due to being locked to the PS3 and actually had a lot going for it by the time it was shuttered. The seeds of a decent ground combat FPS with vehicles and territorial warfare in the EVE universe were there, but not being on PC severely hampered its ability to grow organically in the long-term. I’d hate to see CCP ignore the obvious appeal of planet-based warfare just to differentiate Nova from DUST.

While fighting inside Upwell structures for a tactical gain in EVE would be pretty solid, I’d love to see Nova take place on the planets of New Eden. This could be as straightforward as a player launching an assault on another player’s Planetary Industry structure, which then spawns a match in Nova at the selected time. I could imagine this being eventually extended to allow Nova players to build and maintain their own planetary industry and war with each other, and in fact that’s the direction I expected any DUST 514 successor to go in. I was pretty surprised in Nova to see that we were fighting on the outer hull of spaceships. 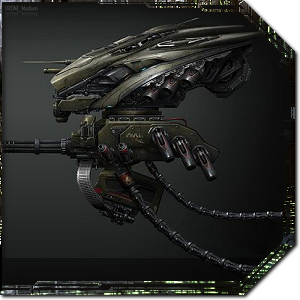 The holy grail of gameplay for Nova would be some form of realtime integration, and nothing screams that like 2012’s EVE Fanfest cinematic trailer (below). This video set the scene for DUST 514, showing a team of explorers boarding a Sleeper structure and finding amazing new implants in the bodies there. While it was just a lore trailer to explain why DUST‘s ground troops had access to cloning facilities, this scene has stuck with me all these years.

Imagine flying your ship in EVE up to a massive structure and docking inside, and then Nova boots up and you’re standing in your airlock getting ready for a mission. You clone-jump in a few friends or open the mission to the public, pick your gear loadout, discuss tactics over comms, and head into the structure in search of riches. It could be the inside of a Sansha-controlled station in wormhole space where you’re fending off waves of zombie-like Sansha minions, or a new Triglavian structure in Abyssal Deadspace where you’re fighting off Rogue Drones and working your way past automated defences to find a loot cache.

The missions and environments could be varied using procedural techniques, with enemies coming at you in waves and challenges such as hacking computer systems to access maps or open doors. You might have a time limit to get back to your ship before the security system comes back online or the Abyssal Deadspace pocket collapses, and would have to make it back to the ship to extricate your reward. Loot could then be items that are used in EVE Online, and clever players might even wait outside the structure in EVE for when you undock with the goodies. This is what a killer feature looks like, but whether it’s feasible is another matter entirely.