Well there’s something I wasn’t expecting, and I admit it: I am not really sure what to think about it. Daybreak just jumped on the lifetime membership bandwagon. My first reaction to the announcement was, You’ve got to be kidding me?! Then I thought, if this had been 10 or five years sooner, I would have been all over it in a heartbeat. Heck, even two years ago I would have still opted in. But now? In this climate, with the latest news coming out of the studio, I have serious doubts. Right now my faith in the company is at an all-time low. I even recently just started to consider canceling my long-held All-Access membership.

That said, I do still currently subscribe. I do still play in EverQuest II and dabble in DC Universe Online. I’ve had my membership for over half my kids’ lives. When I think of it that way, the $300 does not sound so unreasonable; I’ve spent far, far more over the years. Will I spend that going forward, though? That is the big question. As soon as I ran the numbers, I discovered that the games would need to keep going for only 20 months to break even. That gave me pause. That isn’t very long in the grand scheme of gaming — but can Daybreak pull it off? Aye, there’s the rub.

It is a risky move for sure. It could be a smart move to get in right before Daybreak busts out with more in its library (assuming new titles get put on the All-access pass). In fact, the cash infusion could very well boost broadening its library. Or, it could be a last grab for cash before it all comes crashing down. The big gamble is, just how long is a “lifetime”?

I am slightly annoyed that I am now considering this. Why? Because it is not nearly as easy a decision as I would like it to be. I do still write about the EQ franchise, even if I have less and less to write about each year. And while I was almost to the point of pulling away even more from EQII except for the housing and events (which I still enjoy), I am still playing and I am still paying. That makes this is a deal worth at least looking into. 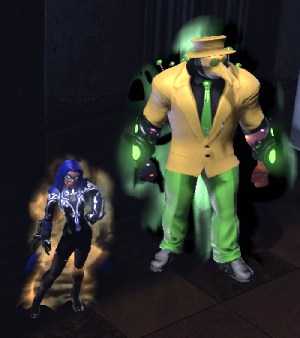 Could this be a good deal? The possibility is there. I am not saying it is, but it could be — especially for folks who are still very invested in the games. And I am not even talking for the little exclusive goodies you get in each game because those little baubles aren’t swaying me one bit (nor are they really worth their “retail value” in my opinion). It’s the deal of lifetime membership, of never paying a sub again and still getting the perks. It could be money well spent, less money than I would have spent over the course of the next couple of years. And saving money overall is pretty important to me.

If my games last past the 20-month mark, then I’ve gotten my money’s worth. My Lord of the Rings Online and The Secret World lifetime memberships were some of the best things I have ever gotten. They were great deals that more than paid for themselves. But those were bought back when uncertainty was due to the unknown; I knew the games might go ahead and flop but I had hope, both in the games and the new companies. The difference now is that I am lacking hope for the future of Daybreak, let alone its games. (Except maybe DCUO, which is quietly doing well on its own.)

I also can’t help but to look at the possibility that a successful run of these memberships might very well give the games the long life they deserve. A quick influx of cash could really boost things and allow for more to get done. And if all 4000 memberships sell, that would bring in almost 1.2 million bucks. I want to support game development. I want to support games I play. But Daybreak has really dug itself into its hole, and while I never wish for the demise of a company, it’s not my job to dig the studio out of its mess. After all that has happened this past year especially, should I lend my hand? I just have to ask myself, is this studio worth one last chance? For many, I already know this answer would be a resounding no.

It’s really super hard not to see this as a last-ditch cash grab. Come 21 months, Daybreak starts losing money on all those lifetime subbers who no longer have to pay anything to get the perks in their games. The best scenario money-wise for the company (or at least Columbus Nova) is that Daybreak itself shutters before that deadline. In fact, the sooner the better profit-wise. Plenty of responses on Twitter and here on MOP express that this is the scenario they foresee.

Of course, Daybreak could just shutter the games involved while keeping operating. The deal very specifically states, “*For the life of the participating game(s).” Any or all of those four titles listed — DCUO, EverQuest, EQII, and PlanetSide 2 (notice the absence of PlanetSide Arena?) — could go poof between now and 20 months from now and the company still makes out like a bandit.

One way Daybreak might get around loss of revenue without closing down or closing games is another reason this could likely be a really bad deal: It simply doesn’t add any new titles to the All-Access plan. We already have a precedent for that when Landmark was purposefully left off. So to get new monies, Daybreak can just leave all new titles off the All-Access membership plan and require separate payments for them. That would be a low blow, but it too is a possibility.

Also, I can’t dismiss the lingering suspicion that flooding a company with such an influx of cash (1.2 million dollars, remember) right at the end of a fiscal year is just a set-up to look good to buyers. The key here is a calculated set-up. It’s not as if we didn’t experience this ourselves personally on the-site-that-was. Who knows though, maybe a number of fans would find a new buyer for games preferable to how things are set up now.

So is it deal or no deal for me? Honestly, I am still on the fence, processing this. And it bothers me that things are in such a place that I couldn’t either jump aboard excitedly or dismiss this out of hand. I know I am leaning one way, but I like to examine all sides first. And I know I am not the only one feeling slightly torn.

This could be a make-or-break scenario for Daybreak. (Some might already say it is beyond broke now.) Maybe if the games do all continue and the portfolio grows with new games joining the All-access program, Daybreak can engender some goodwill again from this. Maybe. Is that a chance I can take? I just don’t know yet. But at least with a limited supply of 4000 and a cut-off sale date of December 31st, if I wait long enough, the decision will be made for me.