Welcome back home! That feels like the sentiment that WoW Classic gave when it launched recently. Players absolutely swarmed to these servers, many of which returning to see the pre-Cataclysm lands that they remember from Back in the Day.

Even the duller landscapes had a particular charm to them. Minimalistway poured out some love for Westfall as he flew over it: “Plains, green, yellow or snowy, any kind of open fields, even if they are dry lands infested with gangs and hostile roboharvesters.” 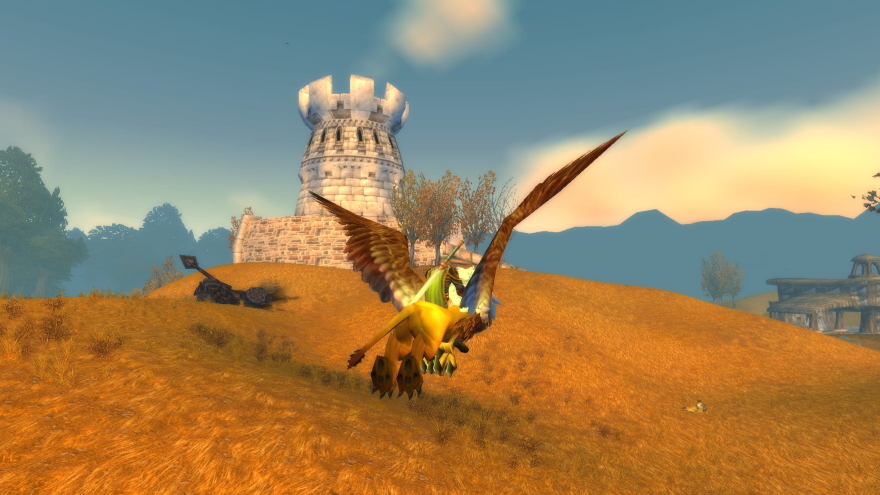 “There are a LOT of favorite places in a LOT of games, but right now, it’s hard to beat the beauty (and wackiness) of Il Mheg in FFXIV,” Scott wrote. “The Hills are alive with the sound of … SCREAMING! MUHAHAHAHAHAHAAA!”

So Scott’s gone insane, guys. Anyone want to call social services and have him taken away for his own good? We could use someone on that. 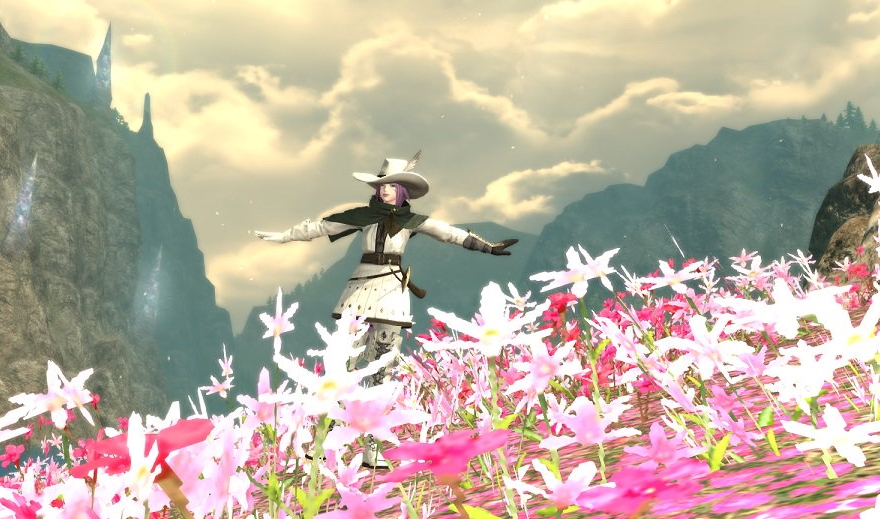 “Currently, my favorite biome is the remote desert planet where I established my Activated Indium mine in No Man’s Sky,” posted CapnLan. “Burning sand storms during the day. Freezing winds at night. Aggressive sentinels. Hostile creatures. Had to build several small outposts just to survive. So why do I love it? Because money.”

Who needs skin and functioning organs when you have money? If DuckTales taught us anything, it’s that we can never be happy unless we’re literally swimming in a 16-story money bin full of gold. 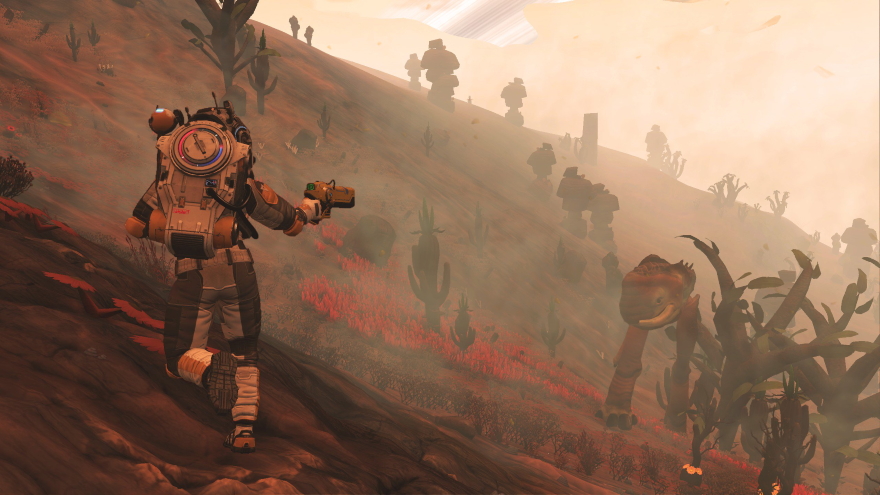 Deekayzero contemplates trying to get drunk in a Star Citizen tavern where you can’t take off your spacesuit helmet. Hope that thing has a straw attachment, dude!

“Fave in-game location? Probably the bar at Grim Hex despite sometimes not having breathable atmosphere (which I find out the hard way). When I’m here, it’s usually because I just finished a fun adventure with a buddy or two and we’re doing a bit of nightcap photo and video shooting to wrap it up.” 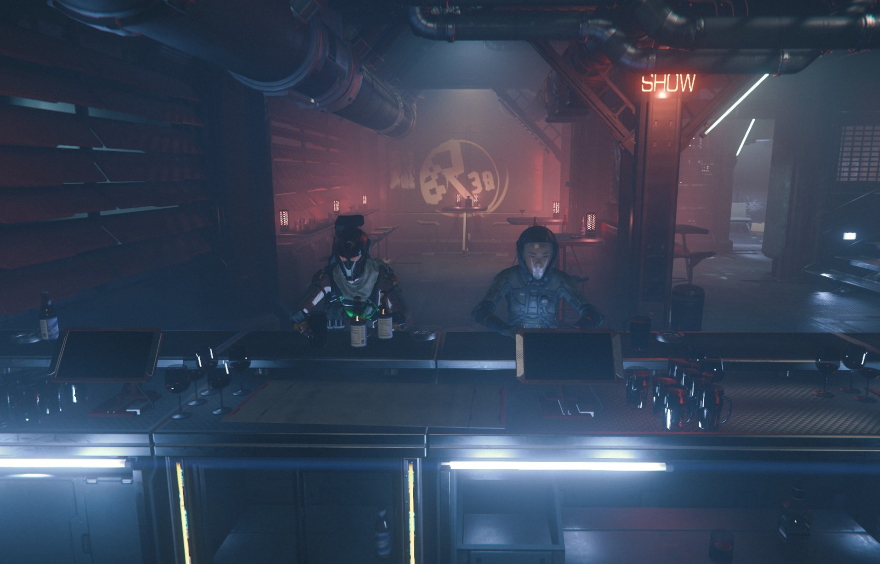 If you’re one of the 0.00000001% of people whose brains shut down and then implode upon seeing too much of the color blue, you might want to back the heck out of this column right now. I’ve warned you!

“Blade and Soul makes screen caps super easy as the in-game function is very well developed,” said Rafael. “This biome, found in a secret area in Solak, is special because it is hard to quantify. It’s not verdant fields or snowy whiteout mountains. No. Instead, what we have here is a magical biome. Floating rocks, glowing grasslands and magical light sources are its features. It is a great place to relax!” 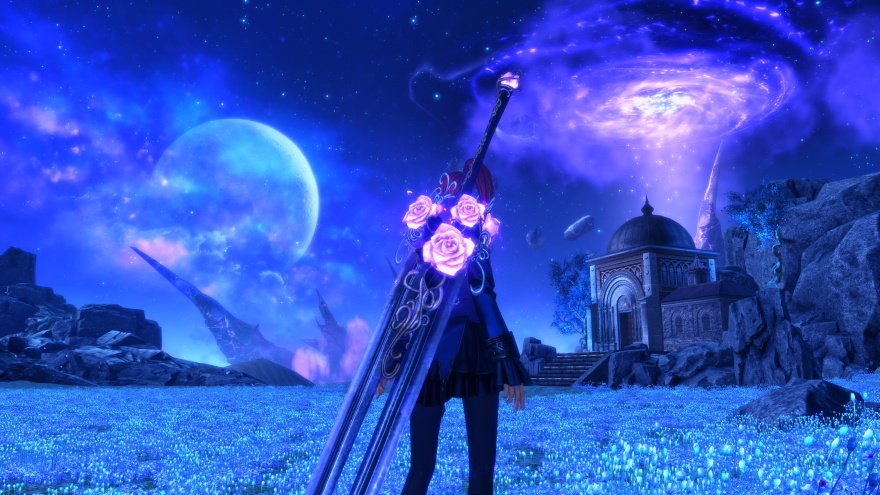 I think we’ve done this screenshot challenge in the past, but why not do it again? This week, try to take a picture of a magical spell effect or amazing particle effect in action and share it with us!