The buyout of Daybreak by Swedish games company Enad Global 7 was one of the biggest MMO stories of 2020, and it’s remained a sign of hope from players for the studio once beloved as SOE. Readers will recall that EG7 seemingly immediately got to work shoring up Daybreak’s weak spots, dumping out information and data about the games. Less than a month ago, EG7’s Robin Flodin addressed the Daybreak community directly, promising support to the live MMOs and even teasing efforts toward rescuing H1Z1 – and resurrecting Just Survive.

This week’s investor report suggests that thus far the buyouts have been good for EG7, as the company claimed its best quarter ever with growth of 112%, though it looks like next quarter will be even bigger as the company realizes two more acquisitions. 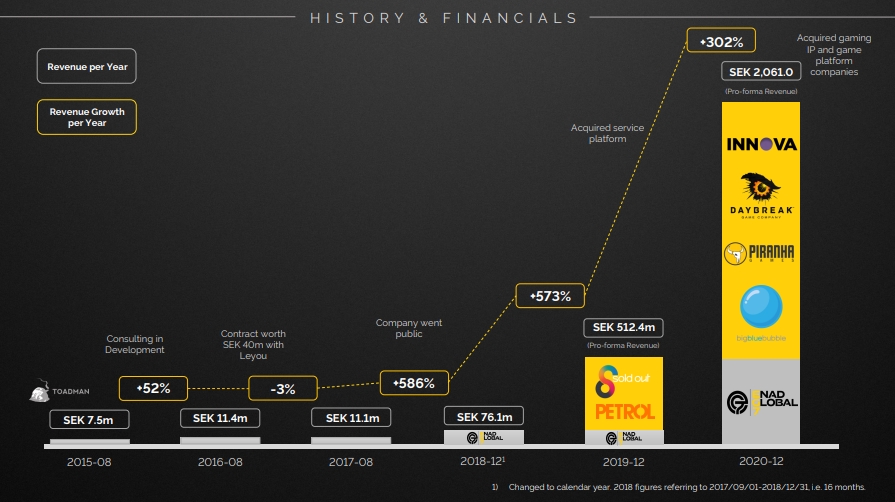 Of course, what you want to know is what’s new with the MMORPGs, and apparently EG7 has decided to bundle all of Daybreak’s MMOs into the 4Game platform that it just acquired with the Innova buyout. Just what you wanted, a new platform to download old MMOs on. “EG7 plans to add its own current and future titles to 4Game in order to reduce the margin loss that traditional distribution platforms entail,” the interim report says. We spy both EverQuests, PlanetSide 2, DC Universe Online, Lord of the Rings Online, H1Z1, and Mechwarrior Online on the list. 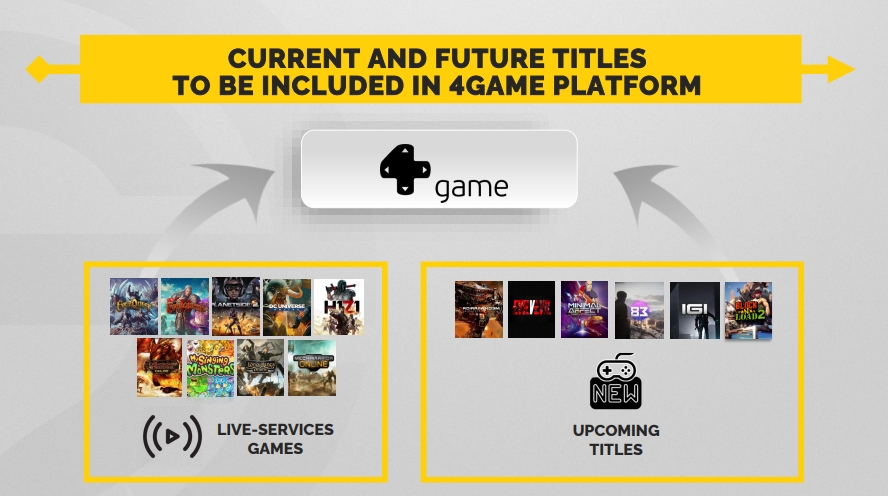 Let us also direct your attention to the “unannounced AAA-MMO” listed in the company’s pipeline. We’re assuming this is the Jack Emmert-led effort going on at the DC Universe Online Daybreak substudio Dimensional Ink, but who knows. During the video presentation, Robin Flodin says it belongs to “one of the greatest brands in the world.” 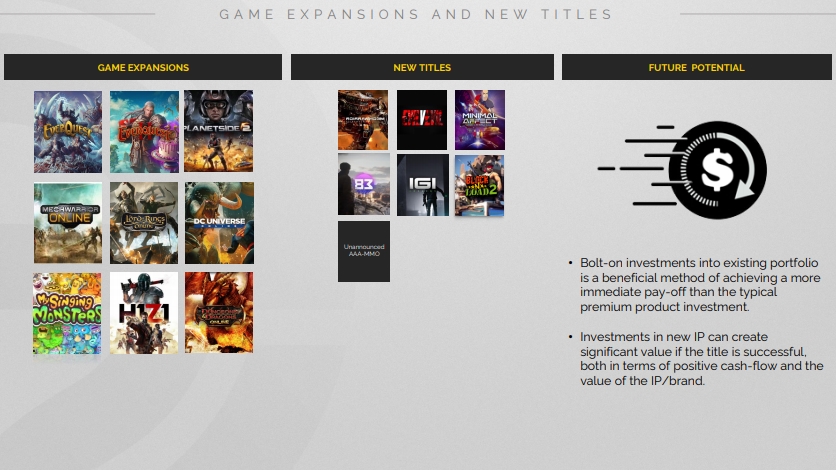 • EG7 addresses the Daybreak buyout, says EG7 is ‘evaluating’ H1Z1 and Just Survive
• Daybreak’s owner Enad Global 7 acquires MMORPG publisher Innova for $109M
• Daybreak’s $300M sale to EG7 is all wrapped up just in time for Christmas
• Console LOTRO and DCUO’s huge playerbase: Everything we just learned about Daybreak thanks to EG7
• Daybreak has been sold – again – this time to EG7 Global for $300M

EG7 posted its investor presentation as a snazzy video too, beginning with a friendly hello to the anxious gamers listening (ahem).