In a landslide vote, the CMA readership said that I should press on with the Blackwood chapter of The Elder Scrolls Online. Which lead me to believe that there was apparently something that the content was doing right. Sure enough, I was almost immediately being hooked.

END_OF_DOCUMENT_TOKEN_TO_BE_REPLACED
The introductory quest that I did last week didn’t really set the table like I had expected it would, however. Sure, it gave me a general taste of the sort of things I would be dealing with – Dagon behaving badly and Daedra trying to muck up things on our world – but I was pleasantly surprised when the Blackwood content proper involved a murder mystery quest that at first blush was wholly removed from anything Oblivion-related. 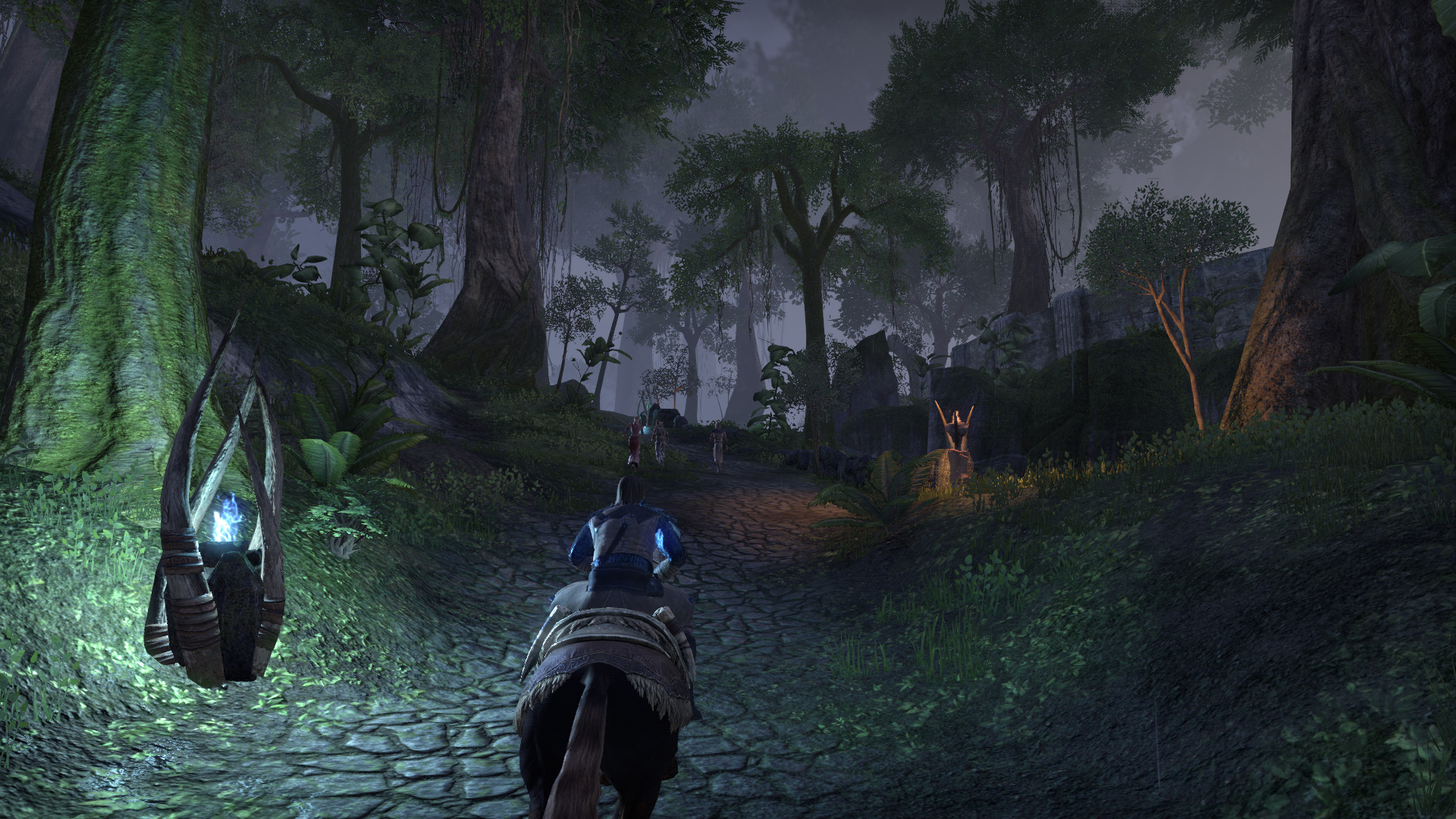 Over the course of my run through the Blackwood area, the binding tie that linked this series of quests to the realm of Oblivion slowly made itself known. The way this story unfolded was interesting enough entirely on its own, with little races against time (yes, I know they ultimately don’t matter, but they were still fun), intriguing turns to the mystery, and then a reveal that kind of opened up the taps on the story’s pacing a bit. I was so invested in the overall mystery story arc that I was thrown for a little loop when the revelation of the main baddie was made. I actually had to pause my brain and remind myself that this was all leading to the realm of Oblivion somehow.

The fact that I was so interested in seeing how the mystery unfolded is a credit to the game’s writing. Or a testament to my inability to follow things myself. I had a suspicion that ended up being right, at least, even if I wasn’t correct in pinning down why he was doing it.

I contend that this sort of thing is really not exactly a deep mystery in the grander narrative scheme. I know that there are plenty of other RPGs and even some MMOs that have done mysteries better. Still, as I mentioned previously, the fact that this game feels a lot like a tabletop RPG is part of the allure, and there’s something about mystery stories in TTRPGs that compels without feeling like it’s too heady or overly complex. I appreciate that. Especially since I can be very thick-skulled. 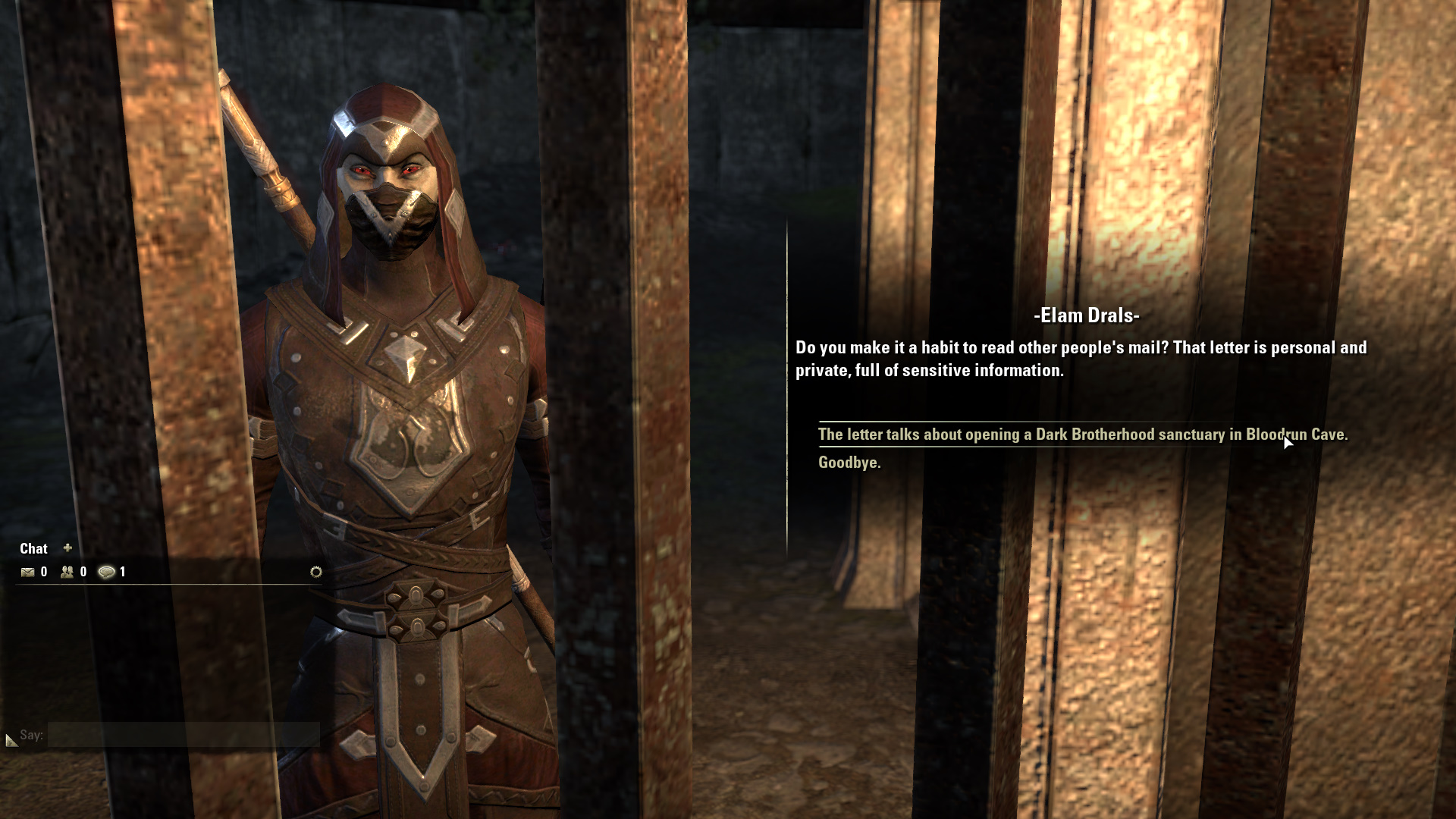 Of course, this was all playing out after I managed to settle myself down and focus. For a little while there, I was whirling around in different directions, heeding the old siren song of sidequests that sprung up around my compass like delicious little weeds. And then there was the time when I saw an Oblivion portal suddenly appear near me and it took me to a public dungeon.

My lizard brain thought that “public dungeon” meant “delve,” meaning that the other two people who were already there were probably ready to run pell-mell through the encounter. So I darted ahead like some stereotypical forth-mouthed DPSer and immediately got punished for it as I was beset by about six foes at once.

“Oh,” I said to myself, “This is actually like a dungeon, just public. Wow.” 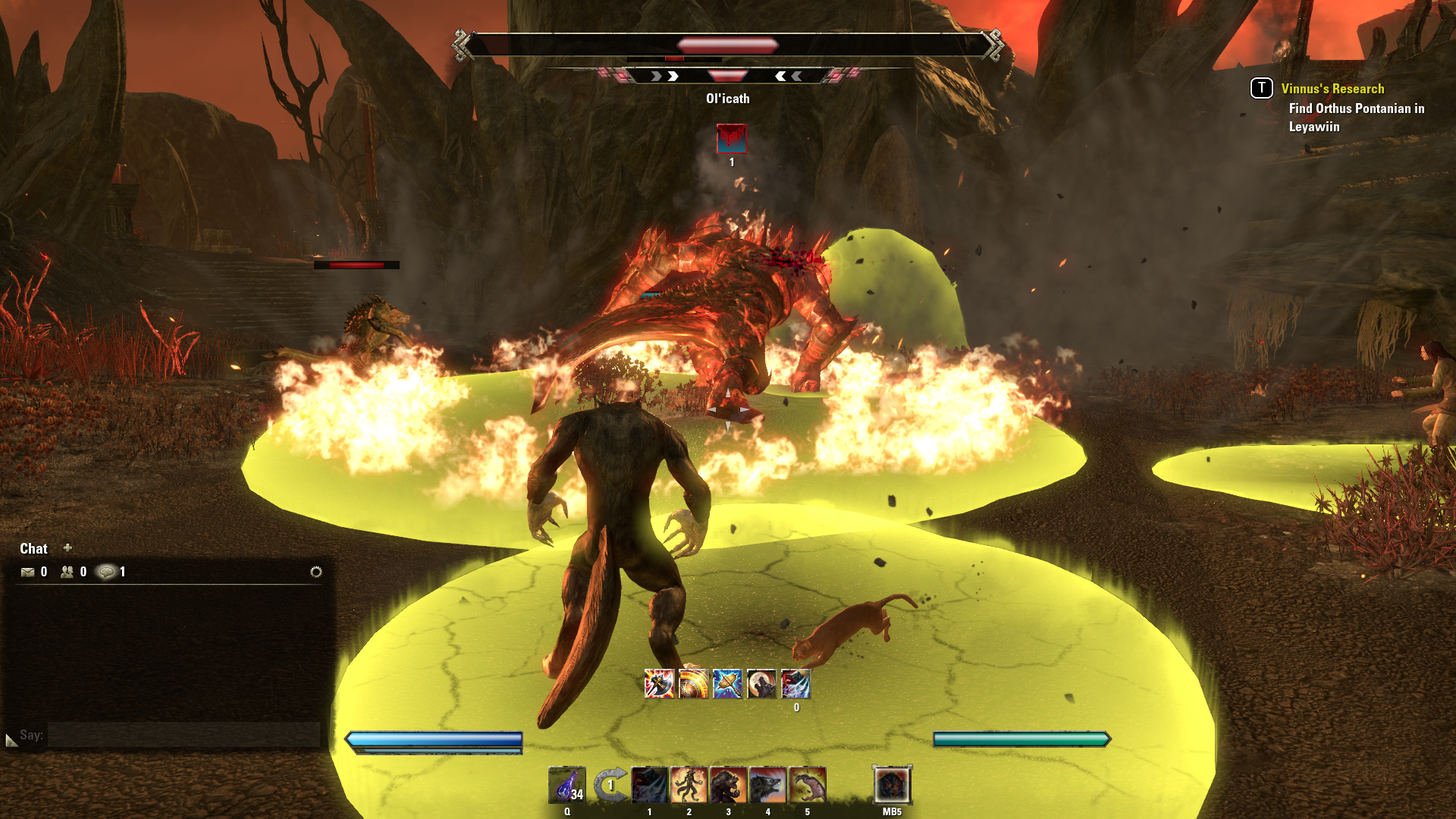 My time in this lava smoked hell world didn’t last long. Partially because I felt like I was being carried, but mostly because the others who were in that public dungeon were indeed running pell-mell through it, and when I died because WOLF TIME ended, I got lost and was caught between two groups of mobs that had (presumably) respawned after the folks I was running with pressed on without me. But hey, at least I helped out a little bit with a boss fight in wolf form as I ripped off tasty chunks of health bar. That has to count for something. Probably.

Honestly, my opinion of ESO hasn’t really changed all that much since the last time we were here. I still find the combat to be pretty good – not the best action combat model but definitely not as awful as others feel it is, in my opinion. I definitely enjoyed the story line when I finally settled down to follow it, and I’ve been drawn in by the characters I’ve met thus far. I’m also happy to be surrounded by so many sidequests as per usual, though most of the little black arrows are primarily aiming me to things that I’m not really interested in at the moment like crafting or the mages guild. 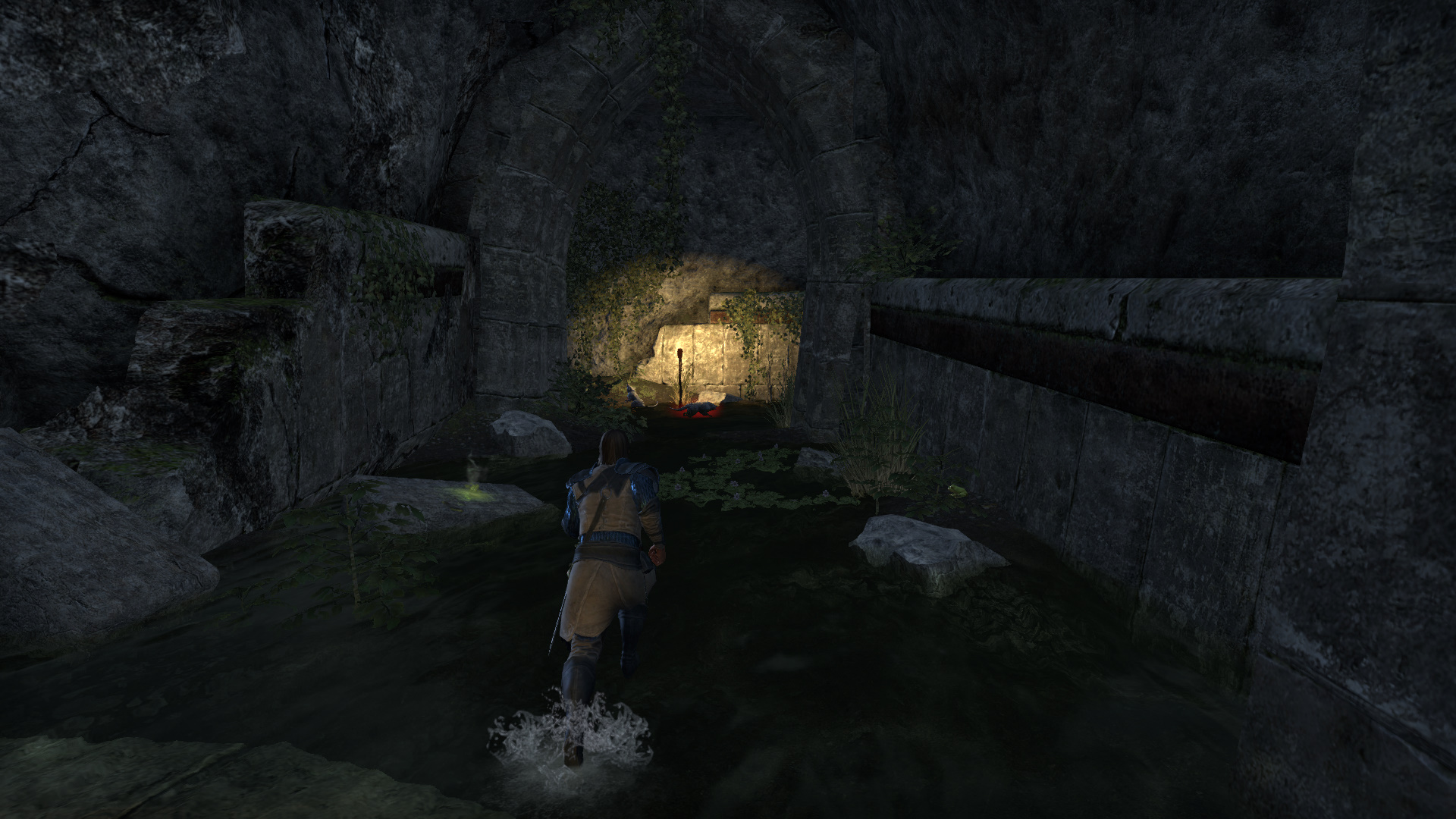 The more I think back about my time in Blackwood, the more I want to keep playing. I’m pretty sure I said it when I was playing ESO for an earlier CMA series, but this game always seems to sink its hooks in very quickly and makes me want to keep playing. Even after a hiatus of several months, I slip right back in, get comfortable, enjoy some good stories, and have fun. And once again I’m left wondering why this game seems to just fall short of being a main game for me. It’s puzzling.

Still, I did promise that this month’s series is going to be about revisiting other titles, and the polling from last week has indicated that Dungeons and Dragons Online will be our next destination. While that might sound like I’m leading into a poll-less column this week, that’s not the case. While this week’s poll isn’t exactly about what we’re doing for this month, I kind of think that having this option to move into next month would be welcome.

Basically, I’m asking you all permission to add ESO to the choices of game that we take on in February. Unless, of course, you would all rather not have that included.

Should ESO Blackwood be one of the choices for next month's series? 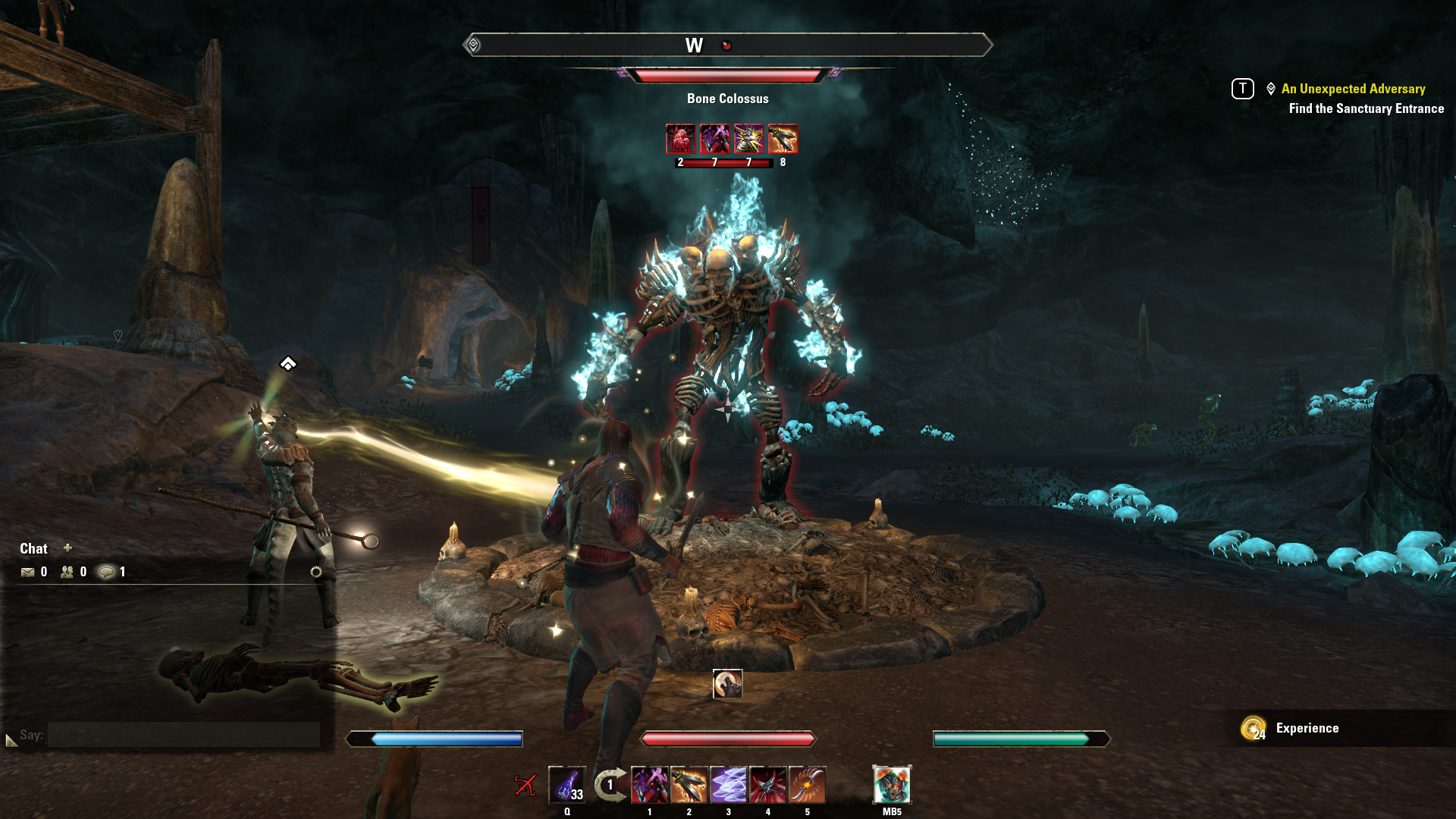 Polling will be closed at 1:00 p.m. EST this coming Friday, January 14th, as usual. As much as I want to keep pushing forward in Blackwood, I think I’m going to put this one back on the shelf. For a little bit of time, anyway.

…maybe one or two sidequests. Nobody’s going to miss those being done ahead of time, right?