When we first heard rumors about a Harry Potter version of Pokemon Go, I said I could barely imagine what the game might be like before listing several other IPs that would translate better as AR games. It’s not that I don’t like the Harry Potter series (I do) or Niantic (someone’s got to push the envelope). My issue is that I can’t see how their respective styles could combine to create something great.

So I’ve gone back to some of my pre-POGO notes about Ingress and what would need to change before it went live and, well, Niantic clearly thinks differently than I do because this game is very much happening. I thought it might be useful to consider Niantic’s past and how it may affect its upcoming game Harry Potter: Wizards Unite. Let’s dig in.

Let’s start with tech. If Harry Potter: Wizards Unite will be anything like Pokemon Go, Ingress, the unreleased Endgame: Proving Grounds, and Field Trip, we’ll have another location-based alternative reality game that tries to push people out into the real world with smartphones to fight for digital territory.

That’s… um, pretty much it. All tech companies have their niche, but Niantic’s is pretty specific. Its games are largely interactive maps with varying degrees of gamification that center around territory warfare. Chat is available only in Ingress (Field Trip isn’t really a game), and as HP is another family-friendly IP, I can’t imagine a chat system there. Ingress has gotten some ARG love, but it’s other games have not. There have been transmedia pushes in Ingress and the unreleased Endgame app that involve storytelling through videos and audio, but without getting into the quality of the content, I can tell you that those are no replacement for a proper, interactive tutorial.

Niantic does tackle hackers and spoofers like any other company, but no one’s perfect. One would think that the team would focus on more casual gameplay elements than PvP, especially when asking people to turf-war in real life, but the company must be doing something right to prevent headlines of real violence over AR turf. Niantic’s servers are serviceable, and its ability to get Google’s help is fairly well known, but the rest is still a work in progress. WBGames may be helping, but its rather standard mobile games don’t inspire confidence, especially as we’ve seen its MMO division flee the scene, and newly created Portkey Games is, well, a new division within WB for the HP franchise.

Ingress in particular has posted some theatrical videos to help create a very specific “syfy” rather than hard sci-fi mood, suggesting that the company is fond of video drama. Breaking the fourth wall by placing your company into the lore may help the mix reality element, but it came off as cheesy and self-serving to me, but hey, there are some die-hard Ingress fans, so I could be wrong.

The problem is that Harry Potter isn’t Niantic’s baby. Author J.K. Rowling is notoriously very protective of her IP. Niantic’s creative process for POGO requires an extra step Ingress lacked, but that’s for a video game that rarely has a strong narrative worthy of university courses.

Moreso than the Pokemon fanbase, Harry Potter fans are into lore, generating it themselves if need be. If Niantic is struggling to translate a game into another game on a very basic level, I can’t imagine the AR/geocaching company will get the HP story right. Catching, battling, and trading are core Pokemon series mechanics, with battling still being problematic, catching being only recently fixed in October, and trading still being absent. If you then look to lore, Pokemon fans have theories that POGO players follow the series’ traditional path for the villains, not heroes. For a series with a fairly simple plot, making the hero’s journey “unclear” at best seems questionable. Not updating the lore since launch is even worse.

So how will the lore fit in? This may be Warner Bros. and Portkey’s role. It could be that Niantic will receive some kind of help with movie clips or even original content. Rowling, who’s added a lot of lore for the Pottermore game/website, may be looking to try her hand at writing for a more visual game, or has people there she trusts. At least in my mind, this is the only way Niantic could really pull off Harry Potter without potentially offending fans. That being said, you still need a game that fits the world.

The problem with houses and turf wars

Niantic games are PvP games with turf wars at their core. Harry Potter is, well, a book series about school. If this were just a “wizarding world” game, turf warfare might make sense, but I can’t see it in an actual Harry Potter AR game. That doesn’t mean duels don’t happen between students, but that’s not supposed to happen, kind of like fighting in the halls in high school. Combat generally tends to take place only when Harry’s crew is solving a puzzle and finding magical creatures or evil wizards. The former, however, is what builds the bulk of the series: detective work.

And it’s not that the HP series has never done a game that pushed academics ahead of combat. The old Pottermore experience started players off with quizzes to match them with their house/faction, wand, and patronus (guardian spirit-animal) as well as reading exercises with fill-in-the-blank answers at the end. While it sounds like school work, it felt natural not only for reflective reading but for a series based on school life. While the game quickly devolved into potion crafting quests, even that made more sense than doing combat.

In fact, if you look at the narration of the global Universal Studios’ Harry Potter experiences, you’ll notice they have more to do with passive “magic” than active. That is, most of the experience involves eating strange food, seeing strange creatures, and riding broomsticks, not casting spells or shooting rides. Even the premium interactive wands you can purchase and use at certain areas around the park are more for mischief than combat. In short, combat is not normal in Harry’s world. It’s a last resort.

Not only would creating turf wars feel disingenuous to the franchise, but would only repeat the faction problem we’ve seen in so many other MMOs: EverQuest II, World of Warcraft, Aion, and even Niantic’s own Ingress and Pokemon Go. When one side dominates, the opposing teams and the game itself may lose players. While player-made factions/guild wars can do the same, their strength is that people can change sides and band together, giving an option other than to quit or reroll. 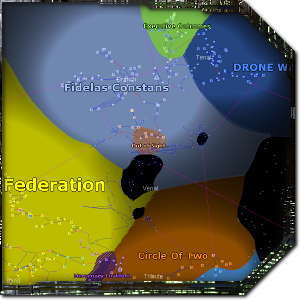 This is likely why ranked PvP MMORPGs tend to have mutable teams and why Crowfall will have defined start/ends to campaigns. Being able to change teams is important, not only for social reasons but for the health of the game. If Niantic relies on houses to act as factions, and houses (like in the series and Pottermore game) cannot be changed, the game will launch with a well-documented problematic feature.

All of this, of course, assumes that Niantic simply reskins Ingress again. I suppose Niantic could make basic gameplay about collecting components for building potions and other defenses against other players, but it could also surprise us and make Wizards Unite more PvE-oriented. That is, it could be that the Ingress portals and POGO gyms become PvE spots that get attacked by “dark wizards,” and the house with the strongest defenses gets the most house points, kind of like the team damage counter in POGO’s raids. Maybe some areas could be quidditch matches. That could lessen the threat of direct confrontation and ensure that friends who are in different houses still want to (and can) play together.

However, tying everything to maps also means that street clogging and bumping into people/things is still an issue. My POGO group still encounters non-players who don’t get why we’re crowded together, furiously tapping our phones, and I’d wager most of our more active players are over 45. My younger friends who play still sometimes stop in the middle of a walking path to catch a Pokemon, and I know others drive and play. Upcoming non-Harry Potter wizarding AR game Maguss is wisely developing long-distance modes, but Niantic seems firm in its location-based gameplay, for better or for worse.

That being said, Niantic did recently acquire Evertoon, an app used for making simple, custom animations. Perhaps Niantic is thinking about non-combat, non-location based gameplay that pushes the AR aspect of the game while incorporating fans’ love of fan-created content. I could see a good tech company integrating the tool into quests, looking for specific terms or emoji in order for the quest to be solved, similar to a fill-in-the-blank test. For example, if series antagonist Draco Malfoy were casting a spell at you, and Hermoine told you to block, the game could be looking for “block” or “attack” in your animation script and react accordingly.

I’m no coder or programmer, though. This could be a bit heavy, without considering the myriad other options people may attempt in a free-form environment, and in light of Niantic’s past of incredibly simple mechanics, this sort of deep interaction seems beyond its scope. We’ll simply have to wait and see how they translate the wizarding world to work with its location-based gameplay.