Well, I’m still playing the hell out of Star Wars: Battlefront, despite its many (many) faults! It may just be the Star Wars feels, but this is the first shooter that I’ve enjoyed in quite a while.

I used to play shooters all the live-long day, both for Massively-that-was and for fun, and if nothing else, Battlefront is making me reconsider my view of the genre as a young man’s hobby. If you’re a fan of online shooters, console MMOs, or MMO-likes — or you know someone who is — allow me to suggest a few gift ideas that you may find useful.

Despite being a card-carrying member of the PC master race, I also do a fair bit of console gaming. As such, I’m willing to admit that there are some titles for which a good console controller is preferred. Yes, even shooters! Take Battlefront, for example. Maybe DICE will improve the mouse controls for its Fighter Squadron mode, but even if the company does, it’s much more satisfying to use stick and trigger inputs when flying and fighting in spaceships.

I’ve been using this particular wireless controller with my PC for a couple of years now, and aside from the occasional shooter mode I also prefer it for games like The Crew, DC Universe Online, and occasionally War Thunder. One thing to keep in mind is that Amazon is not currently selling the required wireless USB receiver with the controller, which is pretty ridiculous, but there you have it. On the other hand, when your receiver breaks like mine did, at least you can replace it for 20 bucks instead of 60. 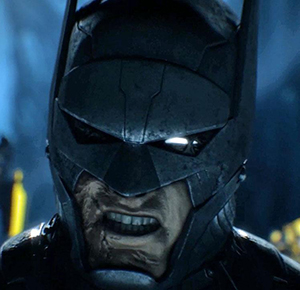 Speaking of controllers and DCUO, why not pick up Daybreak’s excellent superhero MMO for your PlayStation 4? Or your PlayStation 3, if you haven’t managed to upgrade yet. DCUO wrote the book on MMO action combat, in my opinion, plus it’s hard to argue with working for Batman and traversing a huge recreation of Gotham City (and Metropolis) while engaging in both PvE and optional PvP.

Amazon’s DCUO ultimate edition digital download code features the base game plus the Fight for the Light, Lightning Strikes, The Last Laugh, and Battle for Earth DLC packs, as well as Legends PvP characters Future Batman and Future Harley, all for 30 bucks.

Amazon has some great deals if you’re into Destiny or looking to hook a friend up with Bungie’s sci-fantasy shooter. The standard edition is a measly 15 bucks, or you could spend 50 and opt for The Taken King Legendary Edition if you’re looking for the latest content updates.

Don’t forget the system bundle, too. If you don’t own a PlayStation 4 yet and you don’t mind spending a chunk of change, you could do worse than that spiffy-looking white special edition bundled with Destiny for right around 400 bucks. 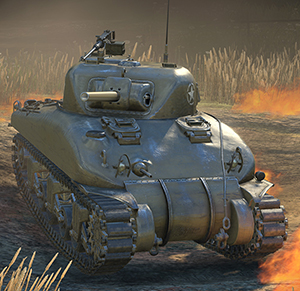 Here’s another one to scratch your shooter and console itches at once. Wargaming and Amazon have a premium World of Tanks starter pack that includes a tier II light tank as well as one million silver with which you can purchase additional vehicles, ammo, upgrades, and more. The digital code also gives you 1,500 gold and three days of premium World of Tanks membership which will earn you more XP and silver per battle.

Note that an Xbox Live Gold membership is required. Also note that Amazon appears to have artificially limited the supply of this item (because, you know, it’s digital). You can also opt for a WoT advanced pack or an expert pack as an alternative.

Finally, let’s cheat a little bit by using Amazon to get some games on Steam! If you’re anything like me, you’ve basically migrated your entire gaming collection to Valve’s digital platform. My family loves to give me Amazon gift cards for the holidays, and I love to buy new games, but I’d prefer to buy them on Steam instead of Amazon because, well, I’m particular about organization on my PC.

Enter the Steam gift card, which basically redistributes the gift amount into your Steam wallet, minus a cut for Amazon, of course.


Some links included within this article may be part of MOP’s Amazon affiliate program, income from which goes entirely to funding our operational budget. MOP’s writers have selected products based on their own opinions and receive no direct commission or profit from the affiliate program. We have not been sponsored or coerced to mention any product. Stay tuned for more of our holiday gift guides for MMO players throughout the winter holiday season, and feel free to add your own suggestions in the comments!
MORE MASSIVELY OP HOLIDAY GIFT GUIDES

Dystopiq Lol, that’s not how it works bud :)
The fact that they already have a good presence, but have decided to defer the DRM space that would grow their digital media retail is what has me baffled

SallyBowls1 I think it looks kinda tacky, I prefer the red MGS PS4.

The best gift for console fans is to charge them for the gift you give them.

Wratts My great niece mails my niece Amazon links to the items on her gift list. After being initially non-plussed, she did admit it was more convenient. In particular, if you send someone the Amazon#, you don’t have the problem of some muggle buying the 32GB wired version when I obviously wanted the 128GB wireless.

Amazon gaming is a huge push for Amazon, both hardware and games.  But it is mobile/Android so not very popular here. In fact, I just noticed today about “All-new Amazon Underground, a one-of-a-kind app store experience where over $10,000 in apps, games and even in-app items are actually free – including extra lives, unlocked levels, unlimited add-on packs and more.” Amazon Fire, Amazon Fire TV, Amazon games, games.amazon.com links to a web site with 49 open job opens for Amazon Gaming.

IMO, the future of consoles is more likely to Amazon, Apple, Google devices connected to a TV running mobile games than it is a XBox2 or PS5.

A perfect gift! I kid! Gift cards are nice!

SallyBowls1 That thing is fugly. ><

Same boat on Amazon gift cards, my family always complains about not knowing what to gift me (although I’m making hints less subtle now) and I can usually count on 3-4 gift cards for Christmas.  So many Amazon digital games are Steam DRM though that I wouldn’t bother buying Steam cards unless you get dollar for dollar on them.
I’m actually kind of amazed that Amazon has never entered the media DRM market to compete with Valve (and Origin, and GoG, and Green Man, and . . . wait, never mind).  Even though it’s a crowded market, it would be a natural fit with both their cloud and retail services

Why in the world would you buy a Destiny bundle when you could get Darth Vader on your PS4?  :-) Kids today! :-)

I think it was bad marketing that the Call of Duty Bundle had a 1TB PS4 while the SW was 500GB.  My read of the demographics is that SW fans are less likely to be deterred from spending a bit more money. The SW bundle lists for $480 which is less than a single 980 Ti graphics card. And like Woody Allen dialog about women in Love and Death “I prefer two, myself!” “I prefer three, but it’s hard enough to get one…”