It’s that time of year again: when you realize half-way through your indulgence of in-game festivals that you totally forgot to go out and pick up gifts for all the EverQuest franchise and Daybreak Games fans on your list. Or maybe you didn’t forget, but you’ve been totally stumped as to what to get that certain someone that already has everything in game. Never fear, MOP is here to help! And we’ve got the answer for you: Gift them something outside the game. You’ve already got some good ideas regarding DC Universe Online, so here are a few for fans of the other titles that caught my eye. 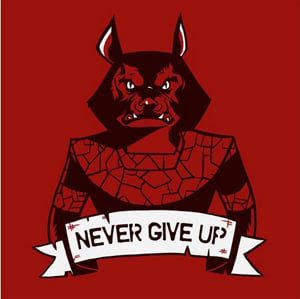 When you are settling in for a long raid, it’s best to be comfortable. And there’s little that’s more comfortable than a t-shirt, or cozier than a hoodie. There is no shortage of apparel emblazoned with the EverQuest logo, either. However, there are a few pieces that that deserve special attention, such as this red shirt paying homage to the indomitable spirit of Fippy Darkpaw. Who wouldn’t want that?

If your friend isn’t an EQ fan, there are options for the other titles. PlanetSide 2 has shirts for Vanu Sovereignty, Terran Republic, and New Congolomerate (and the truly creative could actually wear this poster) as well as hats, and EverQuest II and Landmark both have a t-shirt. H1Z1 also has a few versions of tanks and tees, but you’ve fot a little more leeway as long as you keep things zombie-related. A really fun alternative is the parody shirt Zombies: Eat Flesh.

2. A mug a raid keeps the sleep away

Speaking of raiding, if your friends happen to be hardcore raiders, then staying awake and alert is vital. (Well, unless they play DPS.) If that’s the case, help them keep their faculties sharp with a few jolts of caffeine in this coffee mug. Toss in a package of their favorite blend and voila!

It’s inevitable. There are going to be times when your EQ-loving friends have to be offline Perhaps due to a power outage, or maybe its an annual family vacation out in the boondocks. In either case, why not get them started on the tabletop RPG version of their favorite game? Roll dice instead of pressing keys to live out your adventures in Norrath.

If your friend is more into just reading the many source books for the RPG, s/he might also like the novels set in Norrath. There’s quite a selection of paperbacks to be found on Amazon, including The Ocean of Tears, The Blood Red Harp, and Truth and Steel. The Rogue’s Hour also comes in hardback. And f course, there is always the EverQuest Companion is filled with the lore and history of the game world.

While the disks don’t mean much since EQII has gone free-to-play, there are still goodies to be found in old Collector’s Editions. You can still find some of these on Amazon, and some are even boxed versions from the brick-and-mortar stores (which then include the special item from that particular store). The original game’s CE comes with an art book you can thumb through, and the Sentinel’s Fate offers an in-game mount as well as 500 Station Cash (which may or may not be converted to Daybreak Coins, but we’ve been told the old SOE game cards are still valid, so…).

5. This mousepad is not vaporware

If someone on your gift list is still hopeful to dive into EverQuest Next, give them a little something to put the new Norrath near their computer until it can be on the computer. There’s a selection of mousepads available showing off the new iconic characters. For those who want to keep the hope alive wherever they go, how about an iPad mini case with the face of a dragon lurking on it?

What not to get

If you are continuing to search for a unique gift, I’d caution you against going for the Station Access Collection. Considering that Matrix Online and a Star Wars Galaxies starter kit are included, you probably won’t get your money’s worth. And it might make the fans of those games cry.

Also, as much as H1Z1 players enjoy zombies, I wouldn’t recommend giving anyone an actual zombie — too many issues to name and it’s doubtful there’s any return policy. Besides, there are probably laws regarding that in most countries.