Just because you happen to be a humanoid frog doesn’t mean that you’ve lost at the lottery of life. On the contrary, you have all sorts of advantages, such as being able to install and replace light fixtures very high in your underground cavern. Also, you can eat flies.

Reader Finyar starts us out this week with a stunning interior location from a fan-favorite MMO: “I’m currently playing Guild Wars 2 again and I’m always impressed with how beautifully crafted the game world is.” 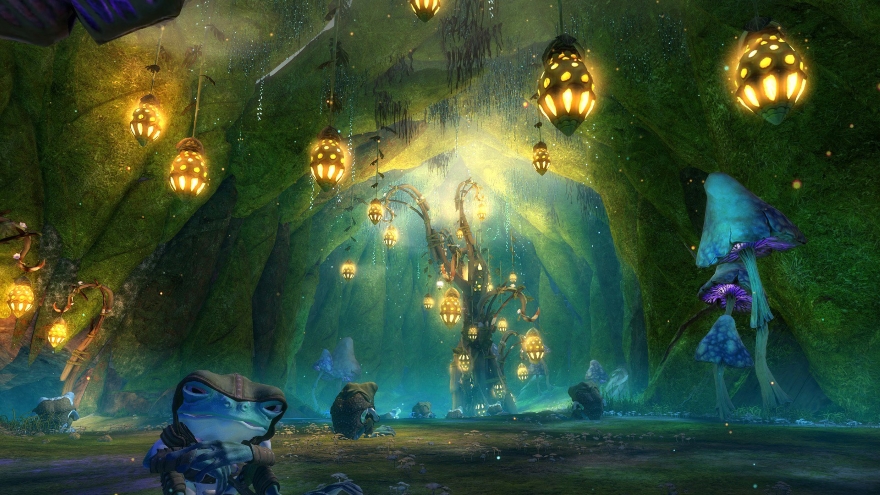 “I don’t make the laws. But I WILL enforce them. Innocents die when when order breaks. I don’t blink when I need to space a thief, don’t balk when I slave a man who skips a contract. I might lose sleep, but stave the tears. The Empire needs strength. And I’ll be here.” (Inspector Sykes, Imperial Intelligence)

Brandon, I know this was unintentional with your SWTOR description there, but now I have the Friends theme playing in my head. “I’ll be there for you when the Force starts to fall…” 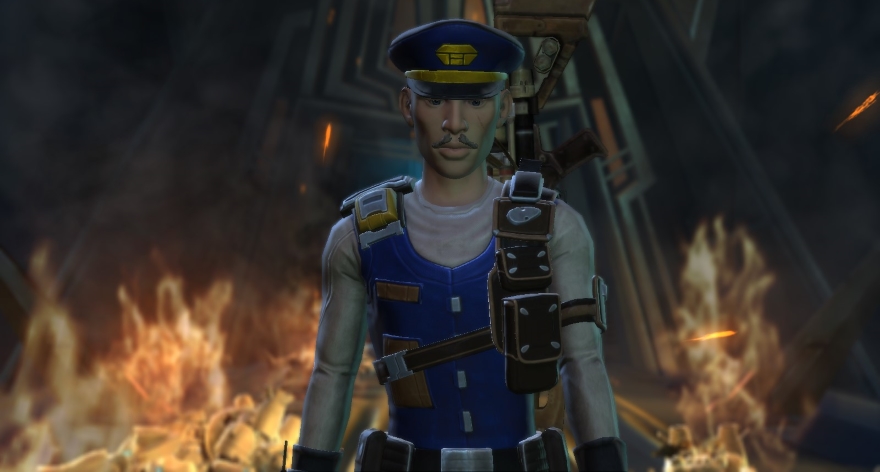 Today we’ve got yet another Boom-approved Age of Conan picture, this one featuring oneof the more detailed portals in the game. What lies beyond it? There’s only one way to find out! That’s right: Tie a string to a penniless street urchin and tell them to go through it for a sandwhich. One way or the other, you’ll find out what lies beyond. 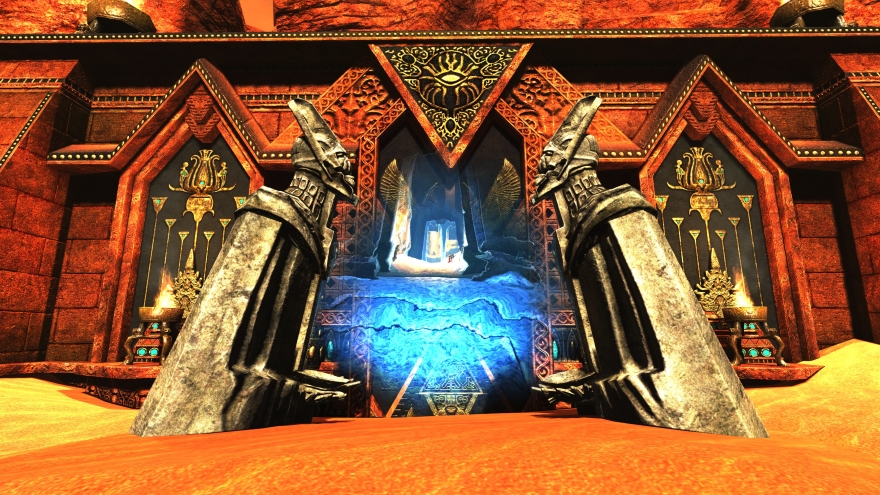 Last week’s screenshot challenge was to share “non-photogenic” pictures of your avatars, and this sparked a few captivating posts. Rafael12104 decided to play around with the theme in Blade and Soul.

“There is this beauty. I wouldn’t call him photogenic, but I’m sure his screen cap count is way up there. Don’t ask me about the outfit. This game prides itself in adding anything and everything to outfits.” 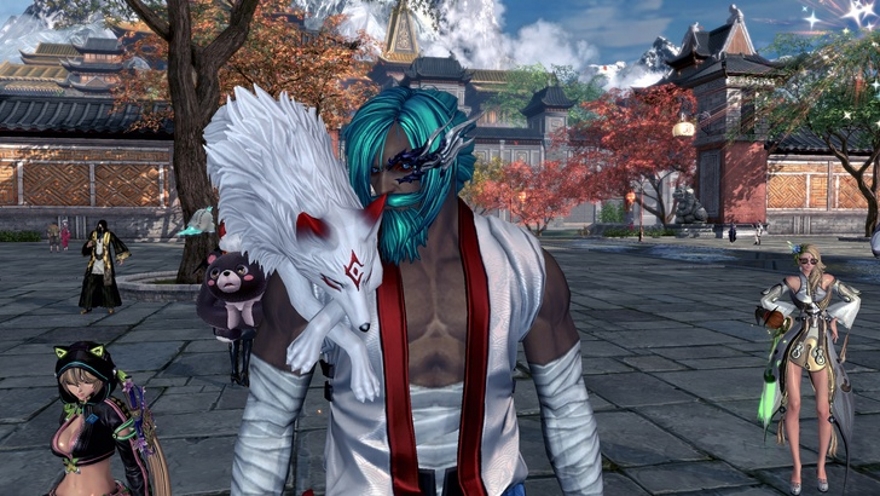 Everyone’s playing around with the new Elite Dangerous avatar creator, and here we have examples of it from BalsBigBrother (left) and Koshelkin (right).

“I took a look at the HoloMe commander creator and it really is very good when it comes to the faces,” BalsBigBrother said. “I really appreciate that you can make older faces that actually look old. Sadly it falls down in the body part of the equation. You are limited to one size fits all with no body sliders to adjust anything. So when you create an older face it is put on the pert body of a 20-something, it looks a bit odd to say the least.” 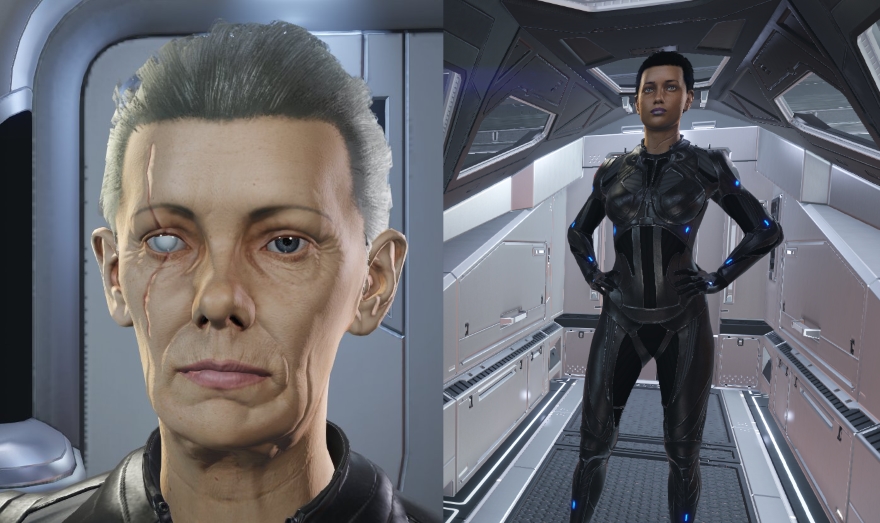 With LOTRO’s anniversary in swing, I was reminded of how often MMO birthdays tend to feature a crapton of fireworks. Bet you’ve fired off a few — and maybe taken screenshots of the light shows to boot! This week’s screenshot challenge is to show off your best fireworks display from an MMO.

As is becoming normal, I’m late with my oneshots! I started playing about with Photoshop and my Elite shots. So these are totes ‘shopped. Beginner, so look next week for better! (Seems most are above the 5mb limit… d’oh!)

We also keep playing ARK in our house. We can’t escape it!

I have a number of screenshots for the old MOP ARK server when it first went up (and prior to my own banning– I asked for it).

Ah, that’s good to know about the ED builder. Faces only eh. Just saved me fifty bucks, thanks guys! sincerely.

Actual legs will come later. For the moment it is really just for individual players.

Doing a little decorating on my fully unlocked Yavin 4 stronghold.

Image One: Super Adventure Box is weird. My character was held captive in an eight bit purgatory.

Image Two: I got a cool shot of a orange sun in Super Adventure Box.

Image Three: My character went down down down in a burning ring of fire.

Image Four: Fabulous baby chocobo comes with confetti. I love this mount so much.

Thanks for the mention last week. Truly, a weird look on that dude.

Fireworks for this week? Ok. Because I’m too lazy to dig through my archive, here are screen caps as defined by the games I’m playing currently.

Fireworks from my Blade Master in BnS. They happen quite often but not usually on festive occasions.

Nier:Automata. Hmm, celebrations including fireworks are not as they would seem. LOL!

Mass Effect Andromeda has, well, bright shiny balls of fire. Just don’t try and get a better look at zero-G.

I contemplated jumping into LoTRO for some fireworks snaps but instead went on a wardrobe screenshot mission in TSW after a quick scan of my screenshot folder was found lacking in that regard.
So here are a few of my characters favorite outfits in what I feel is such an atmospheric location: the lighthouse in Savage Coast.

I don’t know how long I’ve had these fireworks in STO, but honestly, I’d never used them. So, with the planet Vulcan in the background, I parked my Chimera Heavy Destroyer…and set them off. Perhaps not the best pyrotechnics the game has to offer, but a suitable and colourful display. :)

The game has been giving out “space fireworks” since very early in its life-cycle. You probably got them as “side-loot” in one of your earliest missions, and they’ve been patiently waiting in your inventory ever since. Nice pic!

I was a bit late on the capture, but the opening moments of Revelation Online has a pretty, albeit short, light show

Oh yeah, I remember that. Good thinking getting the cap.