END_OF_DOCUMENT_TOKEN_TO_BE_REPLACED
There’s just a week and a half to go before EVE Fanfest 2018, the biggest event in the EVE Online social calendar. The event kicks off on April 12th and will celebrate EVE‘s upcoming 15th anniversary, a major milestone for any online game. This year we’re anticipating juicy details on the next step in EVE Online‘s ambitious long-term development roadmap, an update on the impending EVE mobile game, and possibly a major announcement about CCP’s upcoming MMOFPS codenamed Project Nova.

MassivelyOP will be on the ground once again this year to get the latest insight into the future of the sandbox. Stay tuned to our coverage of the event using the EVE Fanfest 2018 tag, where I’ll be posting major announcement news, detailed discussions on new gameplay revealed, interviews from the event, and in-depth opinion pieces. Fanfest will also be a great opportunity to assess the mood and impact of last year’s pull-out from VR game development, and to take the pulse of the community of a variety of topics. If you have any specific questions you’d like me to pose to developers or players while I’m there, please let me know in the comments.

In this edition of EVE Evolved, I break down our expectations for EVE Fanfest 2018 and give some tips on getting the most out of the event for players attending or just watching from home. 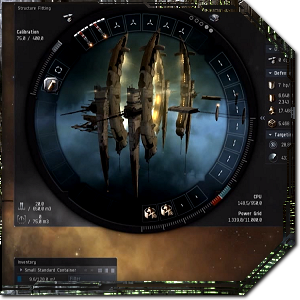 An update on EVE‘s long-term vision

In addition to being EVE‘s 15th anniversary, this year marks five years since Executive Producer Andie “CCP Seagull” Nordgren announced her ambitious five year vision for EVE Online that included deep space colonisation and player-built stargates. I recently broke down the studio’s progress toward that vision, noting that the major components are now in place but that the vision seems to have evolved into something much deeper. EVE is slowly transforming into a living universe populated by both players and intelligent AI factions, a giant asynchronous board game in which both NPCs and players can place their pieces on the board.

“I began to see that CCP’s big vision for EVE had evolved into something wonderful. Handing the reins of the universe over to players is just one side of the coin; On the other side will be NPC factions and deadly pirate corporations trying to rip the reins from our hands.” – from the article Calling time on EVE Online‘s five year vision

This year I’d expect to see an update on CCP’s long-term vision for the game — a frank summary on what has been accomplished in the past five years, and details on ambitious plans to push forward. I expect we’ll hear what’s happening with the idea of player built stargates and deep space colonisation, and learn about how NPC factions will be placing more pieces on the EVE map. With CCP’s massive u-turn on jump fatigue recently, I suspect player-built stargates are on the horizon. We may even get a few curve balls here, such as NPC factions declaring war on player corporations and attacking their structures in high-security space. 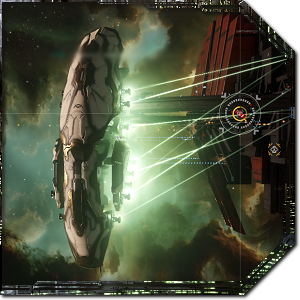 The official schedule hasn’t been released yet, but if the format is the same as last year then we can expect most of the major news announcements to be front-loaded in the EVE keynote on April 12th. There should be official developer talks on the New Player Experience, the future of PvE, the art of EVE Online, game design, nullsec and sovereignty, structures, and more. I’d also expect more information on how devs are tackling botting issues that have cropped up lately, and we’ll definitely get an update on the Project Discovery exoplanet discovery minigame.

Despite CCP having now officially pulled out of Virtual Reality game development and sold off its VR-specialist studio, we’ll likely get a brief update on the status of EVE: Valkyrie and Sparc. We’ll definitely hear more about Project Aurora, the new mobile EVE game announced last year at EVE Vegas 2017, but the game everyone will be hoping to hear about is Project Nova. This PC-based spiritual successor to CCP’s defunct MMOFPS DUST 514 was announced at EVE Fanfest 2016 and has quietly simmered in the background ever since, but a recent survey sent out to ex-DUST players has sparked speculation that the game may be about to enter full production. 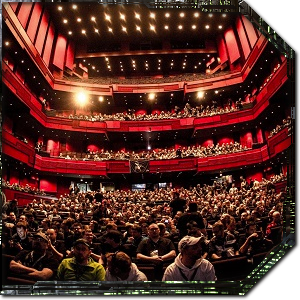 Making the most of Fanfest

If you’re heading to the frozen volcanic tundra of Iceland this year for EVE Fanfest 2018, make the most of your time there and talk to as many players as you can. These are your people, and for many it’s one of the few times of the year when they can share their most nerdy of hobbies with other people in the real world. You’ll find everyone from highsec carebears in one-man corporations to the heads of major alliances, and everyone will have an interesting story or two to tell. The grudges and rivalries that happen in-game are set aside during Fanfest, everyone is just there to meet other players, have a good time, and get very very drunk.

The event officially kicks off on Thursday April 12th, but for many of those in attendance the festivities will begin the night before. An informal German Dev Meeting will be taking place at restaurant Bryggjan Brugghús at the ground floor of CCP’s office at 19:00 local time on the 11th, and a software developer meetup is happening at the same time in Nora Magasin. The legendary tweetfleet meet will be happening later at 21:00 in Gaukurinn, where you’re sure to bump into plenty of players and can start to put faces to the names you see online every day.

Those at home can watch the main presentations live via Twitch and share in the event with players on twitter using the #evefanfest official hashtag. CCP usually releases videos of all the main presentations on YouTube after the event, but of course Fanfest is much more than just a series of talks and there are always things that never get recorded. We’ll have opportunities to pose your burning questions to EVE‘s developers throughout the event, to assess the player response to announcements, and to feel the mood among the game’s most dedicated fans.

EVE Fanfest 2018 is sure to be interesting, with celebrations marking the game’s 15th anniversary and updates on plans as EVE continues through its second decade. There will of course also be a slew of fascinating player-led talks, and feedback-gathering roundtable events with developers will reveal how CCP is responding to player concerns. Many of these won’t be streamed live so we’ll be sure to attend as many of them as possible.

Stay tuned to the EVE Fanfest 2018 tag here on MassivelyOP for news from the event as it happens from April 12th. If you have any questions for players or the developers, please feel free to let me know in the comments or email them to brendan@massivelyop.com and I’ll do my best to get you some answers.