League of Legends has been dethroned again, according to SuperData’s latest game industry global revenue report for the month of July 2019. Riot’s MOBA has traded places, once again, with Dungeon Fighter Online, which is now presiding atop the whole PC list. Beyond that on the PC side, there hasn’t been a whole lot of movement since June, apart from PUBG popping back in at the expense of FIFA Online 3. And World of Warcraft – just west – still sits in the 7th slot.

On the console side, however, there’s been a large shift, as Fortnite dropped from 1st to 4th, displaced by the likes of GTA5 and Fire Emblem: Three Houses. Apex Legends has also returned to the top 10, though the analytics company does note its second season is already weaker than its first. Here’s the deal on Grand Theft Auto’s climb: 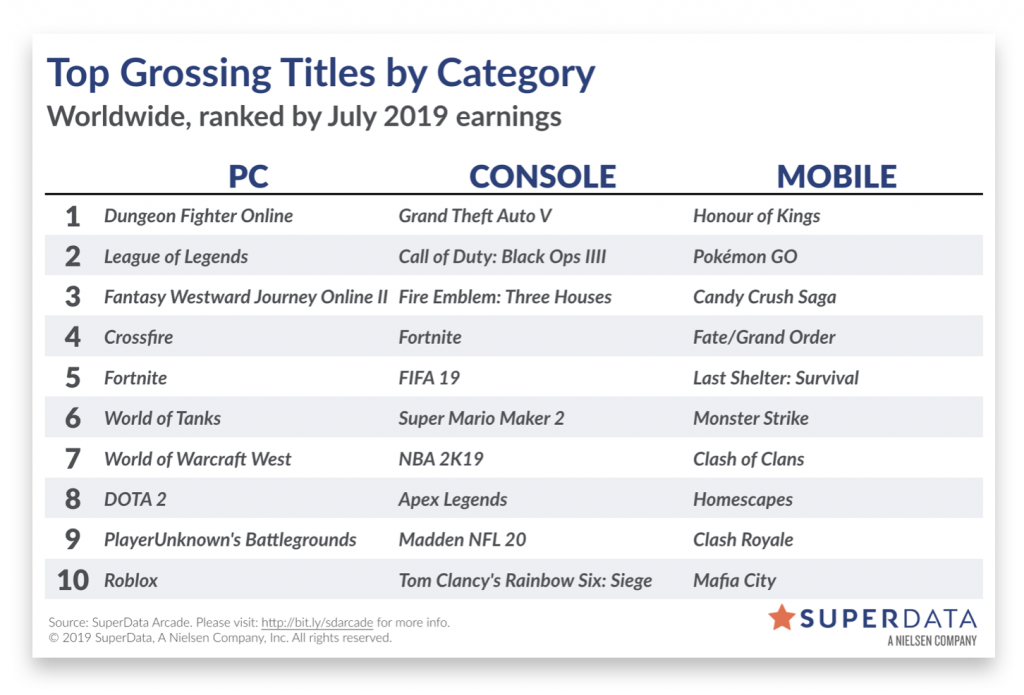