There’s good news for MMOs in the June SuperData video games global revenue charts, most notably the fact that a “real” MMORPG has finally returned to the top 10.

We’re talking about World of Warcraft – flagged “West” and therefore inexplicably not counting Eastern revenue – which landed at number seven on the PC revenue chart after a stint away. Rise of Azshara launched on June 25th, so one might assume hype and renewed subs had more than a little to do with its revenue spike, one Blizzard could surely use right about now, since Overwatch is missing again, as is Hearthstone. Then again, as SuperData points out, Overwatch has done well over its lifetime, even if it’s not hanging with the top revenue-earners right now.

Roblox returned to the top 10 on PC too, which is fun. On console side, there’s been little change for online gamers, as Fortnite continues to hold steady in the number one spot. And on mobile, Pokemon Go resurged – as it often does in summer – to rank at number two. 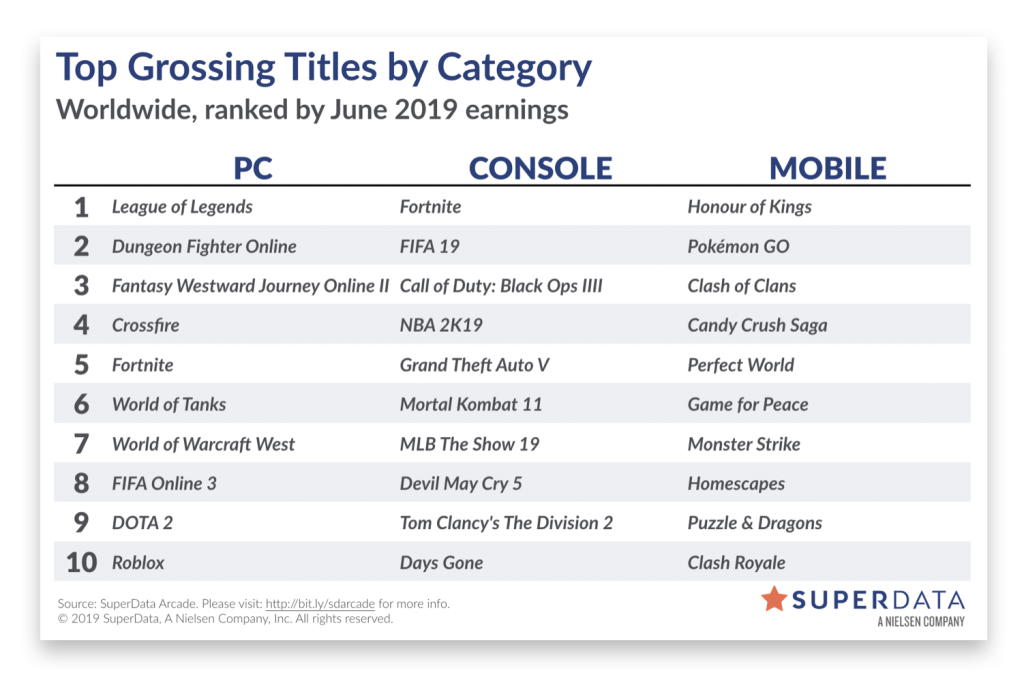