SuperData’s October 2019 global revenue report on the video game industry is up today, and if you were hoping the PC and console industry would be perking back up, nope: The analytics firm reports that “combined spending across console, PC and mobile was down 3% year-over-year primarily due to a sharp drop off in the console segment, which faced a difficult comparison against the Red Dead Redemption 2 launch last year,” while “mobile grew 7% as it continues to be a growth leader for digital games.” This was a thesis SuperData issued earlier this month as well, when it wrote that in-game spending on PC and console is down in part because of player exhaustion over microtransactions and greedy business models.

Console saw a shakeup too as COD topped the list and both Apex Legends and Destiny 2 returned.

“Apex Legends has its best month since the title’s launch quarter. Apex Legends generated $45 million from in-game spending in October across console and PC, up from $16 million in September. Respawn’s shooter has clearly grown into an important growth driver for EA since its launch in February, although we note that total lifetime revenue still comes in slightly below 50% of FIFA Ultimate Team over that same period.” 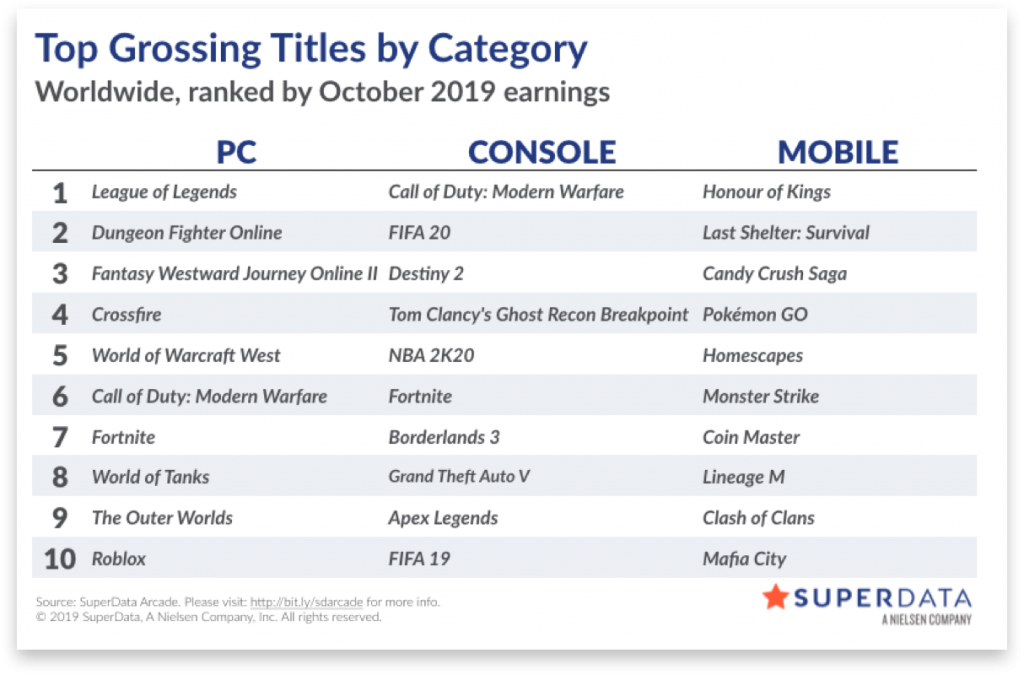