We’re nearing the end of June, and you know what that means: It’s time for SuperData to peek back at the global revenue for video games from May.

On the PC side, not all that much has changed since April, save a shuffle at the bottom as Dota 2 and Overwatch return to the list and CSGO, Sekiro, and Hearthstone drop off. On console, Fortnite is once again king: It’s dethroned everyone to take the top spot. The Division 2 is still hanging in there on both lists as well.

“Fortnite gets a boost from Season 9 but is still far off from its peak,” SuperData says. “Fortnite made $203 million across console, PC and mobile, up significantly from April but down 38% from May 2018. Console continues to contribute the largest share of players and revenue.” And while PUBG doesn’t make the top 10s, the analysts say the game still “quietly continues to sell millions of units,” an estimated “4.7 million digital units across PC and console year-to-date through May, maintaining its position as one of the best selling shooter titles on any platform despite losing much of the spotlight to EA’s Apex Legends and Fortnite.”

Meanwhile, as for the market as a whole:

“Consumers spent $8.7 billion digitally on games across console, PC and mobile in May, down 4% from the same month last year. This was driven by a 6% decline in Mobile, which continues to be a larger contributor than console and PC combined. The drop off in Fortnite also continues to drag both console and PC.” 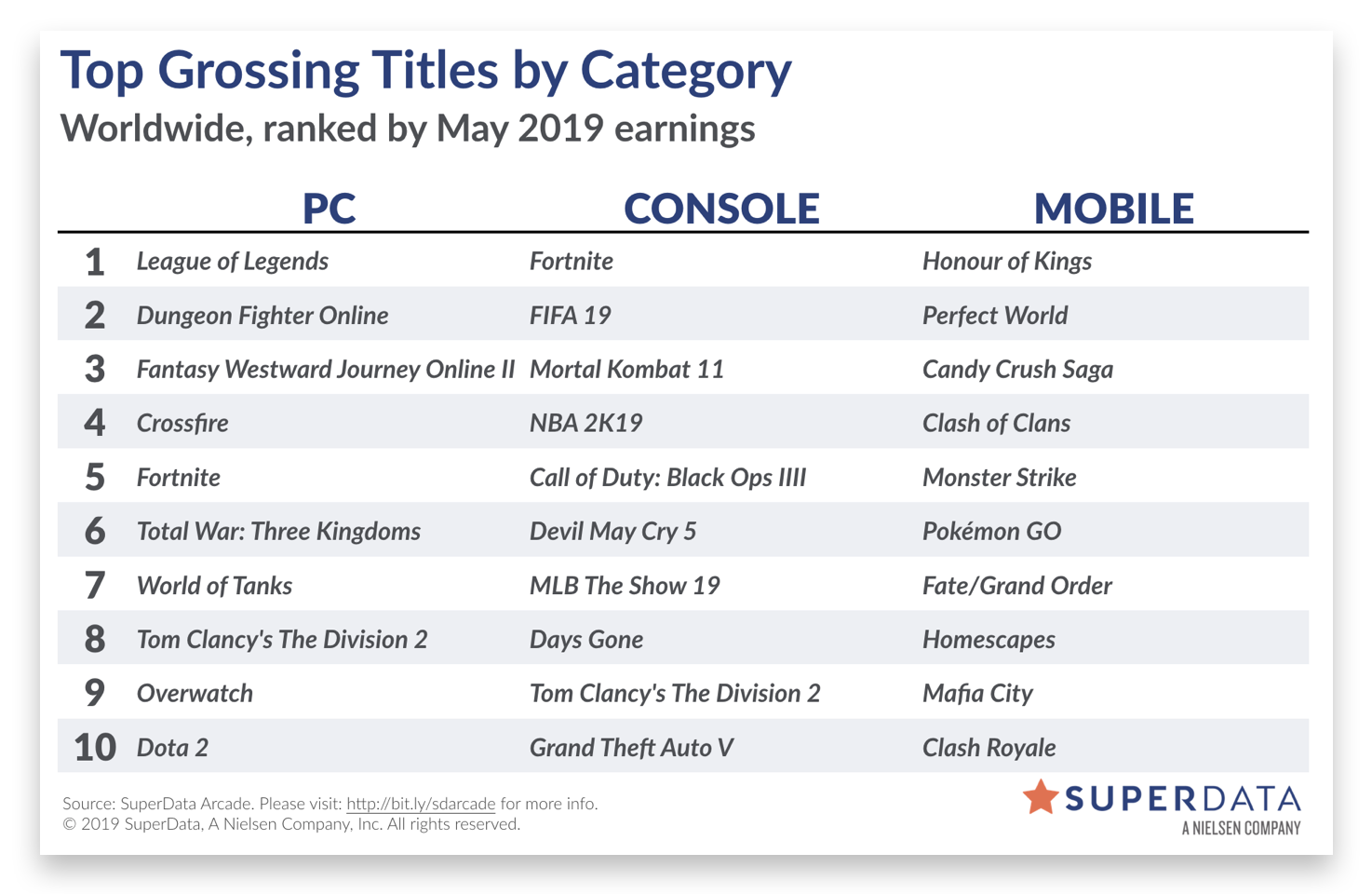