Atlas has been one of the odder MMOs we’ve covered this last year. In spite of a bungled launch, it managed to avoid the widespread anger generated by the foibles of larger titles like Fallout and Anthem. Originally announced in December of 2018 by ARK Survival Evolved Studio Wildcard spinoff Grapeshot Games, it was positioned as 40,000-players-to-a-server, high-seas pirate MMORPG that was supposed to launch a week afterward, but it suffered several delays before finally being towed into B2P early access. Exploits, hacks, more hacks, wipes, and controversies over single-player seemed to punctuate updates and a dwindling playerbase and brutal Steam reviews (“mostly negative” as I type this) along the way, and this past summer, the game got a new lead designer who admitted the game had “struggled to find its sea legs.”

Will console help turn things around? Maybe. Wildcard is now poised to bring the game to Xbox One next week, with crossplay support no less.

“Grapeshot Games announced that its massive multiplayer first-and-third person fantasy pirate adventure ATLAS is confirmed to launch into Xbox One’s Game Preview on October 8, 2019. ATLAS will launch Day One with crossplay support, allowing Xbox and Steam PC players to play together in the same gigantic world. Keyboard and mouse support for Xbox players ensures full game parity and an even playing field for all scoundrels, along with optional new single-player and private session modes for those who wish to go seafaring with just their friends!”

Get out onto the high seas with ATLAS' Xbox Crossplay launch October 8th. #playATLAS pic.twitter.com/Ttx0KrU7YD 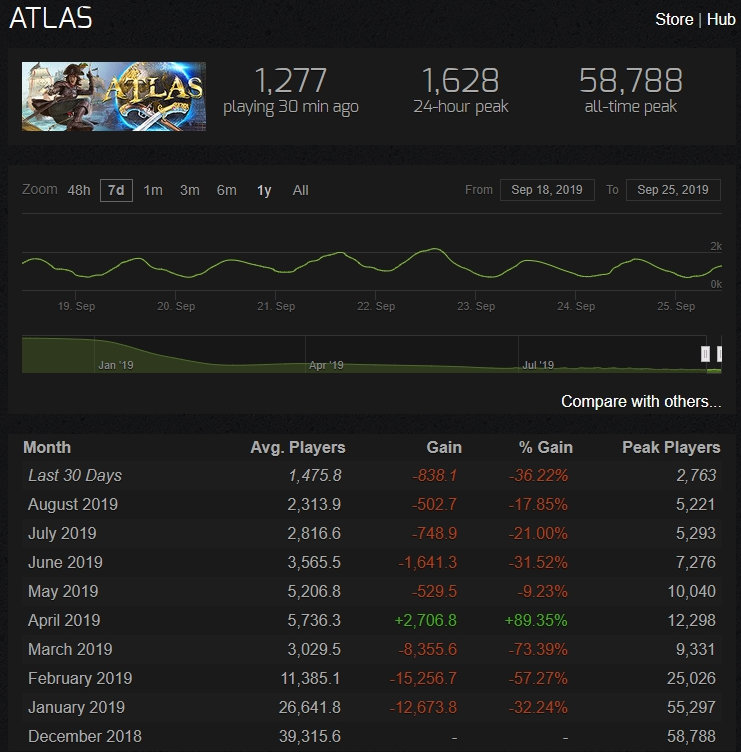