World of Warcraft’s Shadowlands expansion might not have been a total surprise when it was announced, but some of its features (as listed in the official trailer) have sure mystified fans. One word in particular seems to be generating the most interest and confusion: Covenants.

In Friday evening’s “What’s Next?” panel for World of Warcraft, Ion Hazzikostas explained what Covenants are and why they will be a major factor in players’ journeys through the afterlife. According to him, Covenants are the “ruling powers” of the Shadowlands, four factions each with their own zone, goals, and methods. 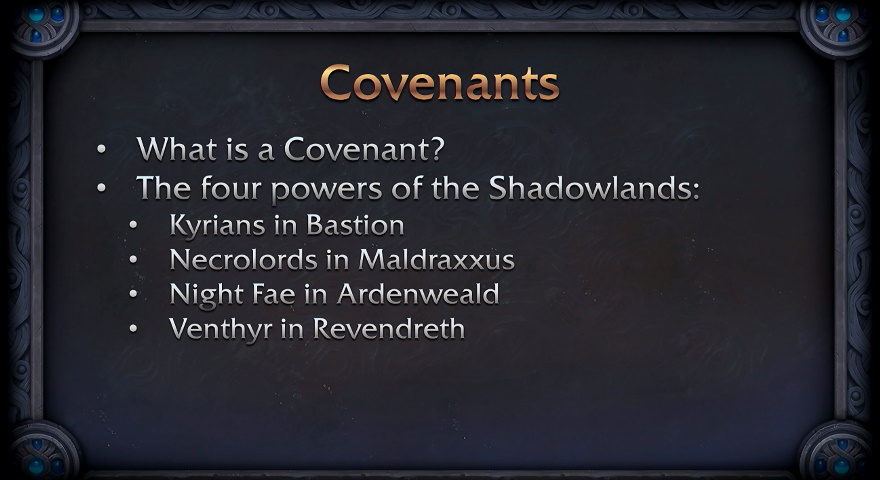 The first Covenant is the angelic-looking Kyrian, who are all about order, virtue, and service as they watch over the beautiful Bastion. The Necrolords are death-themed soldiers who roam Maldraxxus, while the Night Fae offer rest and rebirth in Ardenweald. Finally, the last Covenant is the Venthyr, who get all vampy in their gothic Revendreth.

Now as players level their first character through Shadowlands, they’ll be learning about all four Covenants along the way. Then, at max level, they’ll choose to align that character with one of the four factions. This will not only propel them on a tailored narrative journey but also offer them unique cosmetics, armor, and (yes) powers. 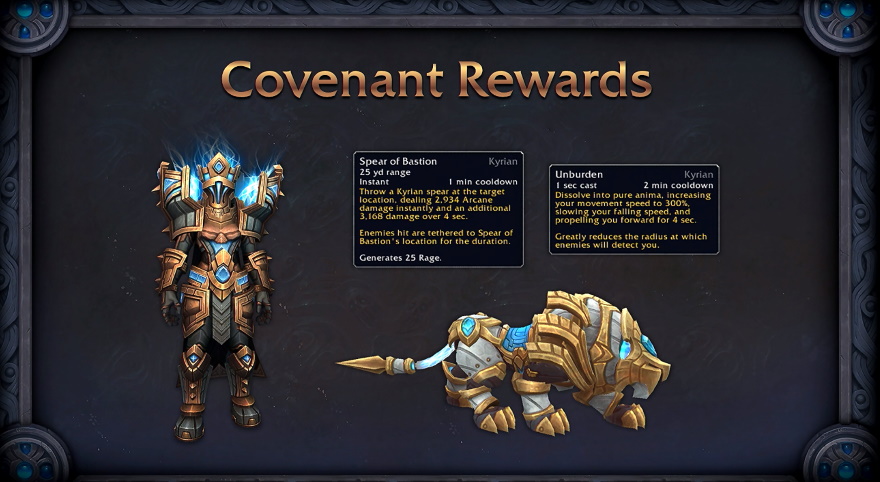 In fact, Blizzard said that players can gain access to two permanent new powers per character. Each Covenant grants one class-related power in addition to a second power that all characters in that Covenant have.

Each Covenant also has a home base, called a Covenant Sanctum, that players will be able to restore and build up to use its various features. The new class order halls, perhaps?

Hazzikostas said that once you unlock Covenants on a max-leveled character, successive alts can pick a Covenant from the very start of Shadowlands and progress as they see fit. 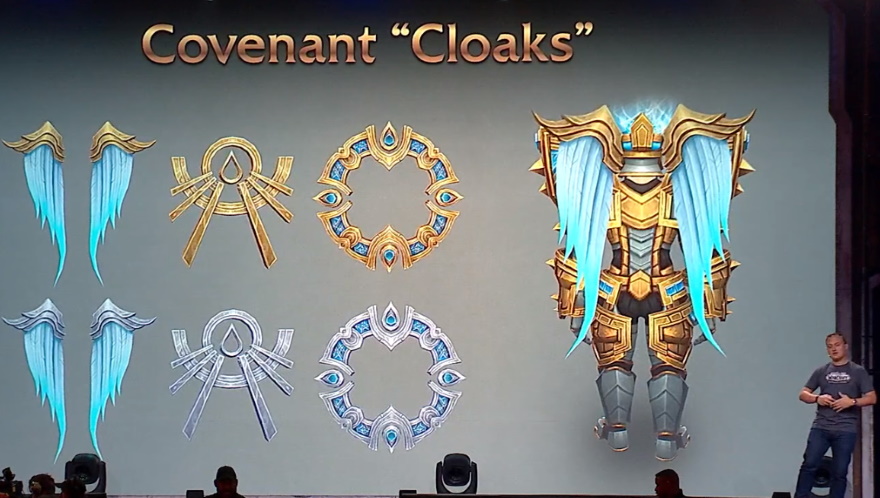 Covenants are tied into the new endgame “Soulbinds” progression system. Unlike artifact weapons and the Heart of Azeroth, there will be no artifact power to grind. The team said that it wants to offer players goals to work toward without that degenerating into an annoying grind.

It definitely sounds like Covenants are a framework around which Shadowlands is built. Will they be fun and compelling enough to get you to level four characters through the expansion to see all of the factions? That’s for you to decide when this expansion releases next year.

Pantheon Rise of the Fallen discusses classes, promises next test is...