When I asked for pictures of plant houses in online games, I wasn’t quite expecting that notion to sprout and grow into this tremendous hangout in Plants vs. Zombies: Garden Warfare 2.

I want to go to there.

“Plants you say?” Iron Salamander asked. “I could have linked a ton for obvious reasons but limited it to a shot of the treehouse base in Garden Warfare 2!” 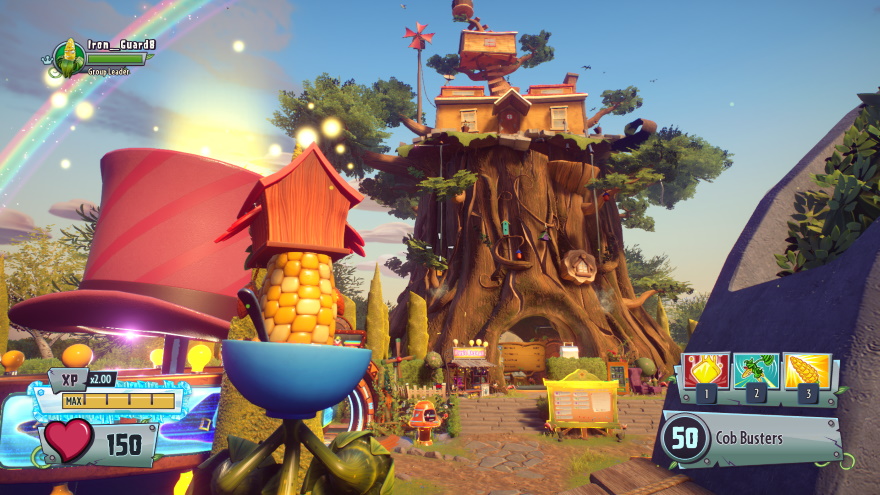 And lookit! It’s Vincent, coming along to make the rest of us feel inadequate compared to these Final Fantasy XIV masterpieces.

“Here is a bonus shot inside Lyhe Mheg… which is an acid dream come true. So many colors!” 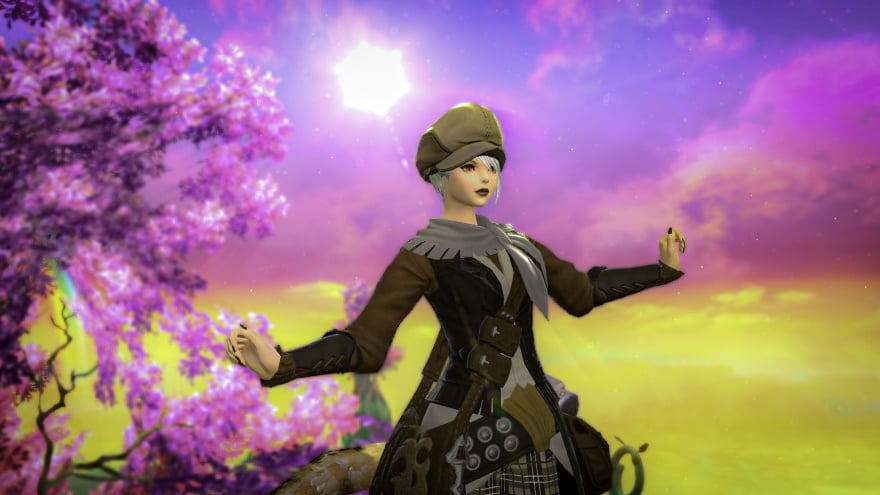 Utakata took this Blade and Soul picture as a “concerto for philodendron and pothos,” whatever that means! I’m sure it’s quite profound. 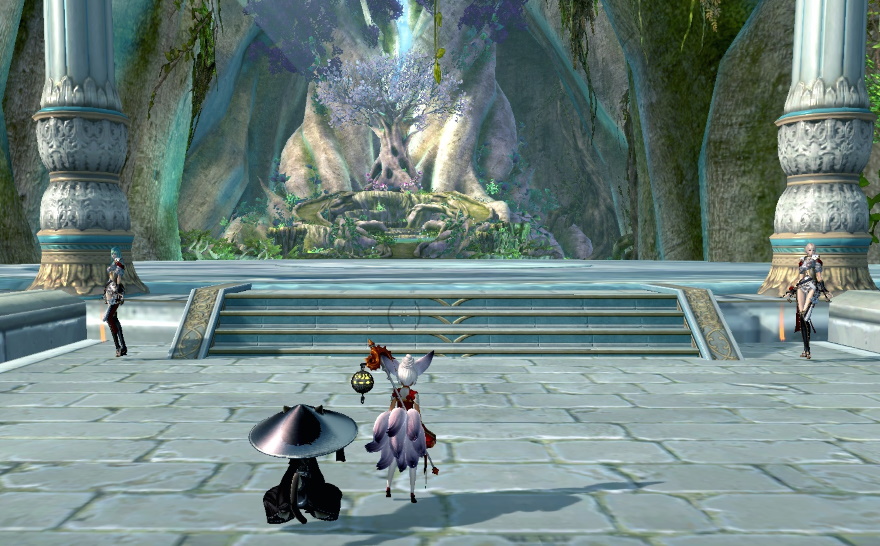 And since our contributions were on the light side this past week, I’m going to toss in a couple of my own recent screenshots.

First up is the long-awaited wedding of Aragon and Arwen in Lord of the Rings Online. It was such a visual feast, and entertaining to boot. I think I took something like 30 pictures, but I liked this one with the fireworks shooting off and the new queen and king beholding their subjects. 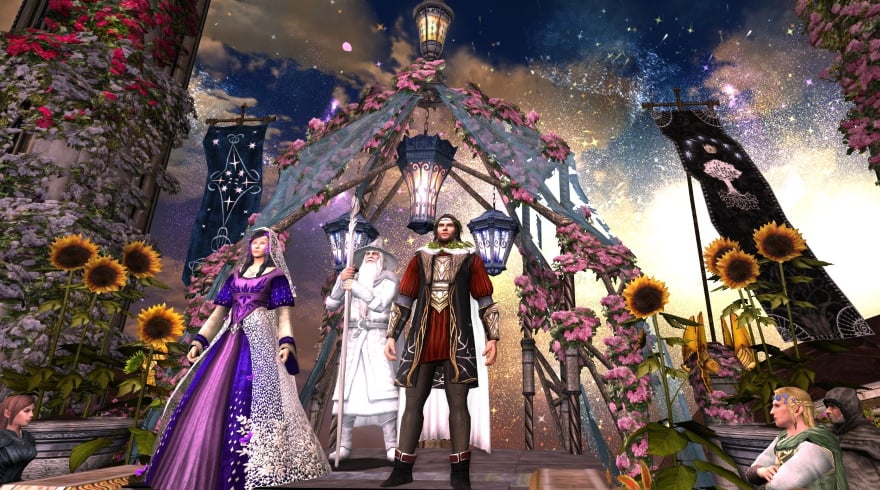 I’ve also been back in Star Wars: The Old Republic as of late. Alderaan is a favorite planet of mine because it has a nice ski lodge feel to it. I like the pine trees and partial snow cover that give it a welcoming feel. Well, time to go kill something and turn that snow red! 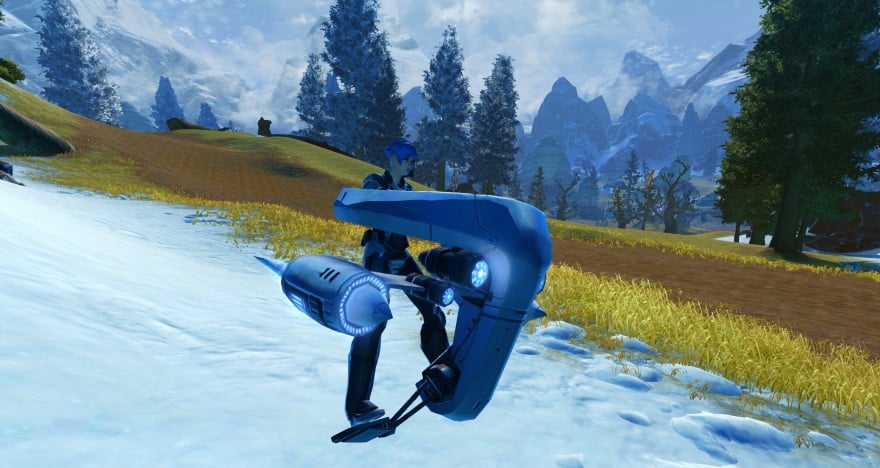 We’ve talked about great vacation destinations in MMOs before, but what about the absolute worst? For this week’s screenshot challenge, share a picture from a place in a game that would make for a terrible (or deadly!) tourist destination.

Well, my first thought was Corellia, but no one stays purposefully stays on Corellia long enough to take a picture.

So, let’s take an ‘unplanned vacation’ in Star Citizen

Considering the Red Paladin reception my Dark Knight received outside of Tarif, I feel like it’s likely not the greatest of Tourist destinations

Started a worgen this is part of the starter zone :D

They told me it’s an “enchanted land”, they told me to immerse myself in the culture.

And one random moment, i’ll admit; it reminds me of my childhood, i did that on a pedestrian bridge, i hit one car before running away 😅

Maybe a graveyard wouldn’t be a good idea to spend your holidays in as shown in my BDO screenie. And btw, those dead things on the grown were downed by yours truly so don’t come anywhere close. Then maybe in Fallout 76’s drowned church with a dramatic story you find out if you take the time to read the scattered lore. It’s horrible and it’s a cursed place to stay away from although it’s very pretty.

…how about at death’s door? o.O

PS: Thanks for the OS pic plug again, Mr. Justin.

…and in case you where wondering about that (as it appears you do):

…a weird electronic music curiosity from the mid 70’s that happens to be about plants. o.O

This zone is so soothing, the music is beautiful too, and it looks amazing with this ultra-wide screen.

Ya, I really liked this zone. Here are some other I took there.

There is something so much fun about roaming around old places in WoW (Suramar to be exact!), hoping to find treasure and adventure but then looking up and seeing a giant spider looking down at you! Ewwww!

Not any spider, this is an elf-spider!

There was a running joke years ago about all MMOs that pre-dated WoW about how every dev has to fill up zones with yucky spiders! WoW just continues to do that!

Thanks for the feature! :D

In SWTOR, Voss is pretty nice to spend your vacation at if you hang around the main hub but in the wilderness, not so much: