There was a time when the release of a new Diablo game might have been a big deal for me. But I’ve never been much of a mobile gamer, so Immortal wasn’t initially very high on my watchlist, and by the time the PC version was announced… well, [gestures vaguely at every Blizzard headline for the last few years]. Suffice it to say that it’s been a bit harder to be a cheerleader for Blizzard at that point. Still, I was curious, and with Immortal being free to play, I had little to lose by trying its open beta.

My greatest concern going into Immortal was that the late decision to release the game on PC would make for a rushed, sloppy port with awkward controls. Happily, this doesn’t appear to be the case. Aside from certain elements of the UI design, you’d never know this was built for mobile first.

The combat is a bit different from other Diablo games — the player abilities feel more like something out of a MOBA, and the boss mechanics feel borrowed from a more traditional MMORPG — but it’s functional and fluid, and smashing skeletons still feels good.

The game world also has that classic Diablo “feel.” Spooky forests, blood sacrifice, the walking unhallowed dead, all that good stuff. The music and sound effects are right on point and put you right back into the familiar vibe of Sanctuary.

There’s even some nice quality of life upgrades. You can now set your character to automatically pick up any loot of certain rarities, and there’s the option to use WASD movement for those who prefer that.

So my initial impression of Diablo: Immortal was very positive. But as I delved deeper, the cracks started to show. 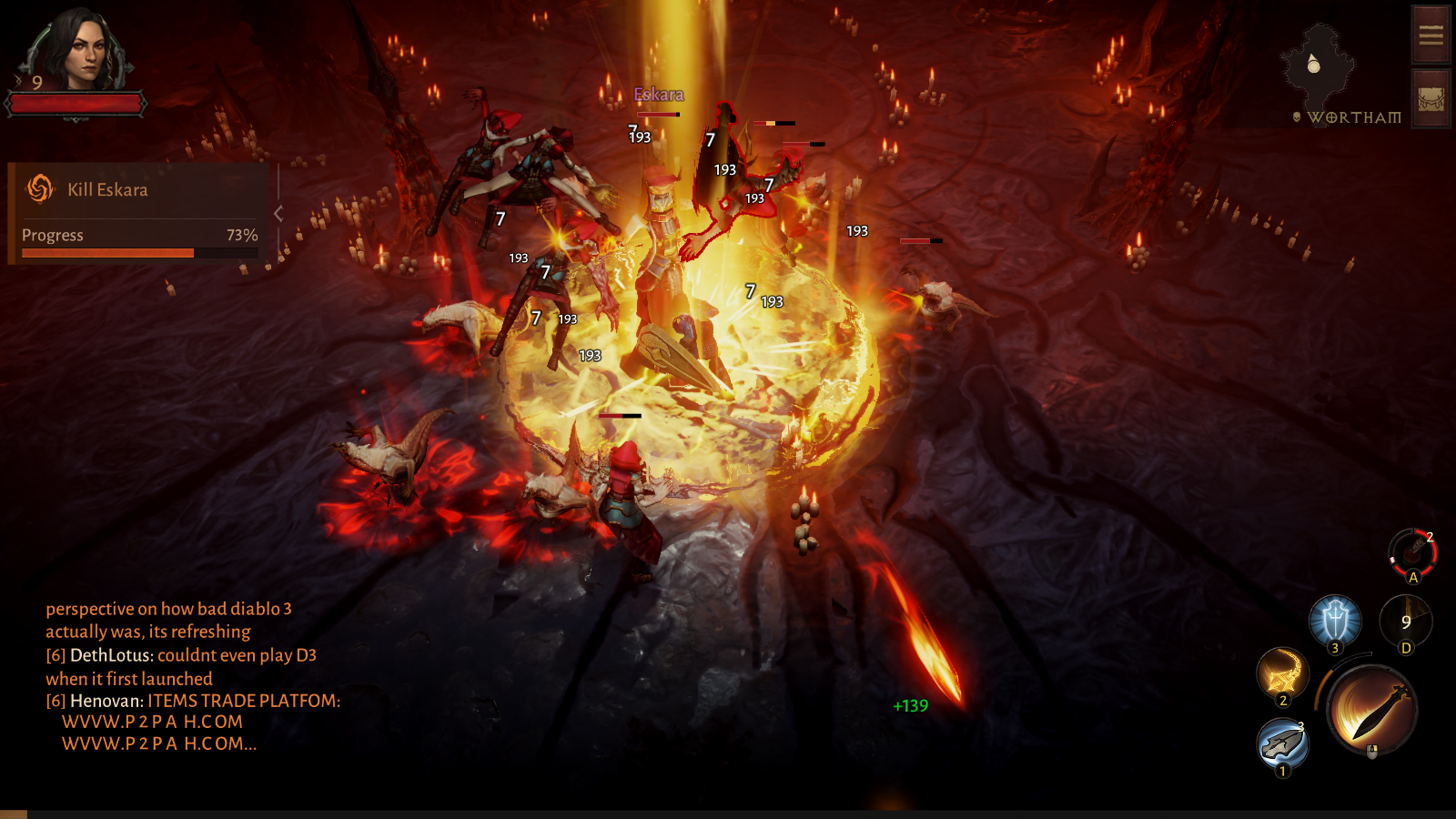 Indecisive as ever, I started by playing through the tutorial on all three of my favorite classes from Diablo III: Wizard, Crusader, and Necromancer. It was at this point I realized there is very little variation between the classes. D3 did a fantastic job of giving each class its own distinct feel, but not so here.

Abilities in Immortal are limited by cooldowns, not resources, so there isn’t the same paradigm of every class having its own resource economy, and they all have largely the same kinds of abilities. The Necromancer manages to be a little more distinct with its skeleton pets and corpses as a resource of sorts, but even it doesn’t end up standing out all that much.

I decided to move ahead with a Crusader, as it had the most visceral animations, and honestly, cosmetics like that feel like the most relevant factor in choosing your class in Immortal.

There also isn’t much room to vary your playstyle within your class. The build system is virtually non-existent. The list of skills to choose from is fairly short, and there’s no skill tree, runes, or other core system for modifying your character’s playstyle. There are some endgame systems to customize your character, but they’re largely focused on bland passive stat boosts, and there are still legendary items that can modify your skills as in D3, but that’s hardly a reliable method of character customization.

I’ve also noticed that despite being an MMORPG, which I tend to associate with more dynamic game worlds, Immortal actually feels much more static than its predecessor. Diablo III gained a lot of replayability from randomly appearing events and dungeons, but Immortal‘s maps have a static layout and standardized content. I seem to recall hearing about open world events in the game’s previews, but if they’re around, they’re much rarer than in D3. I haven’t seen any yet.

Similar to the gameplay, the story initially seemed promising, but has since begun to lose its luster. Immortal has the player hunting down shards left behind by the destruction of the Worldstone at the end of Diablo II, which is a decent enough premise for an interquel, and there’s an intriguing mystery around the appearance of a heretofore unknown demon lord named Skarn. 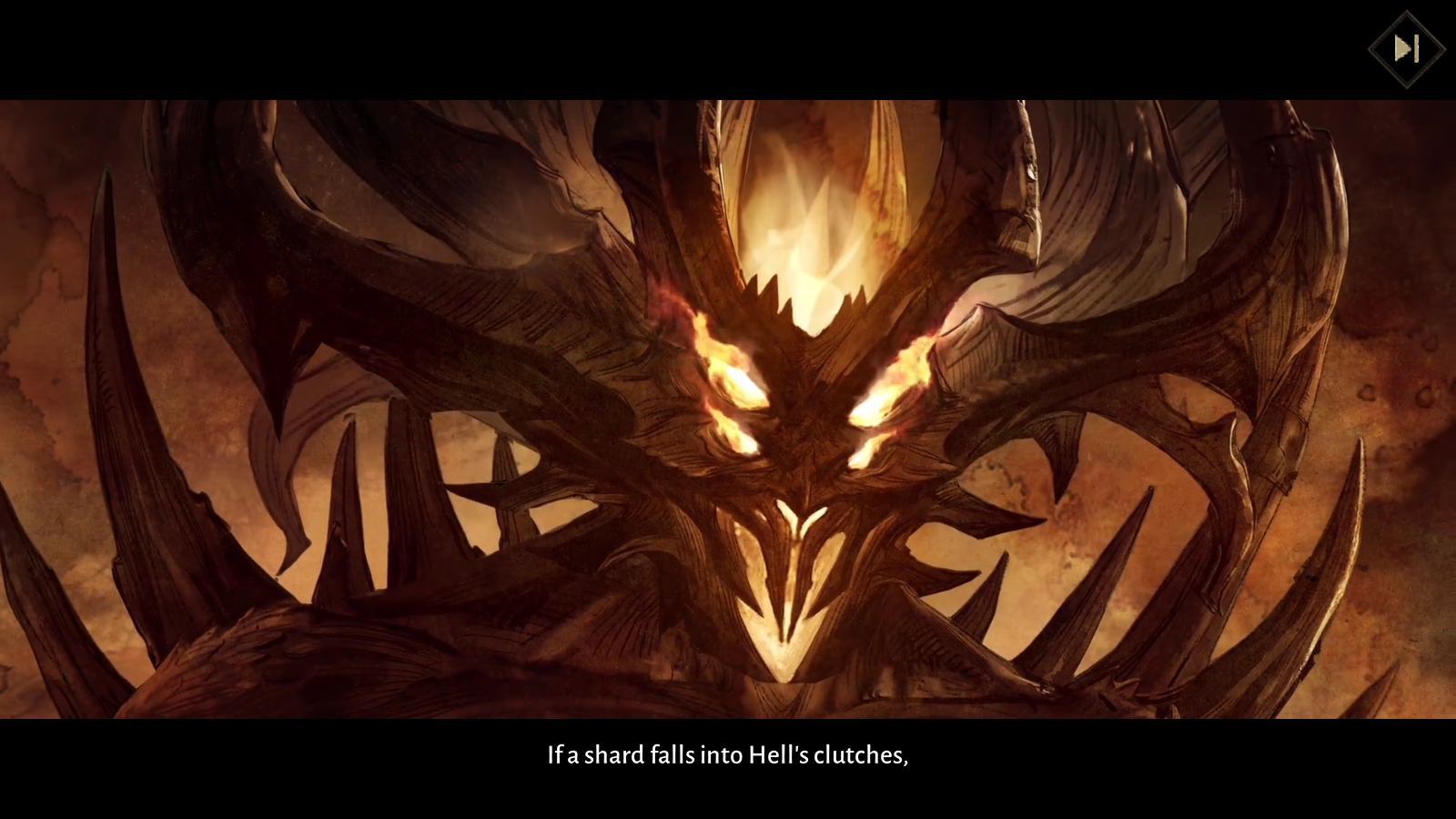 Along the way, you’ll meet some familiar characters we haven’t seen since D2… a lot of familiar characters. And a lot of familiar locations. And then around the time I was sent to kill the Skeleton King yet again, I began to wonder if there’s any actual new ideas in this game. There’s nothing wrong with playing to nostalgia, but it still has to be done with playfulness and creativity. Give us fresh twists on old stories. Let us view an old character in a new way.

So far, Immortal isn’t doing that. Increasingly, it feels like walking through a museum of the Diablo franchise’s past glory, where the taxidermied remains of once-beloved friends and foes are put on display.

Along that line, I have also noticed there is an incredible amount of asset reuse in Diablo: Immortal. Many maps and character models are lifted directly from Diablo III. I don’t think recycling art assets is an inherently bad thing; indeed, done right, it can be a real boon. Not only does it potentially trim a game’s budget, but used intelligently, it can help create a sense of a cohesive game world.

But Immortal is leaning on to it a truly extreme degree. There’s no need to come up with new models for generic zombies, but when the first mini-boss of the game is an obvious reskin of a named story boss from Diablo III, it really starts to shatter one’s immersion.

A lot of people will surely be concerned about the business model for this game. I maintain that “pay to win” is a meaningless concept in a genre with no win state and numerous ways to gain unfair advantages over other players, but for those who are bothered by such things, I can confirm there are ways to pay for power, such as buying additional runs of the Elder Rifts from which many of the game’s best rewards are derived.

It still seems quite possible to enjoy the game without paying, but while I’m unconcerned about what Immortal is selling, even I balk at the prices. This may well be the most expensive cash shop I’ve ever seen. A single set of armor skins for one character costs over $30 in my country’s currency — I can get entire games for that price. I’m sure there are people who will pay those prices, but it feels to me like they’d get more sales from lower prices. I’m certainly not paying that much for a single outfit, and I paid $5 just for a pair of glasses for my gunslinger in Lost Ark.

That said, the Battlepass is pretty inexpensive, so you can probably get some good value there, at least. 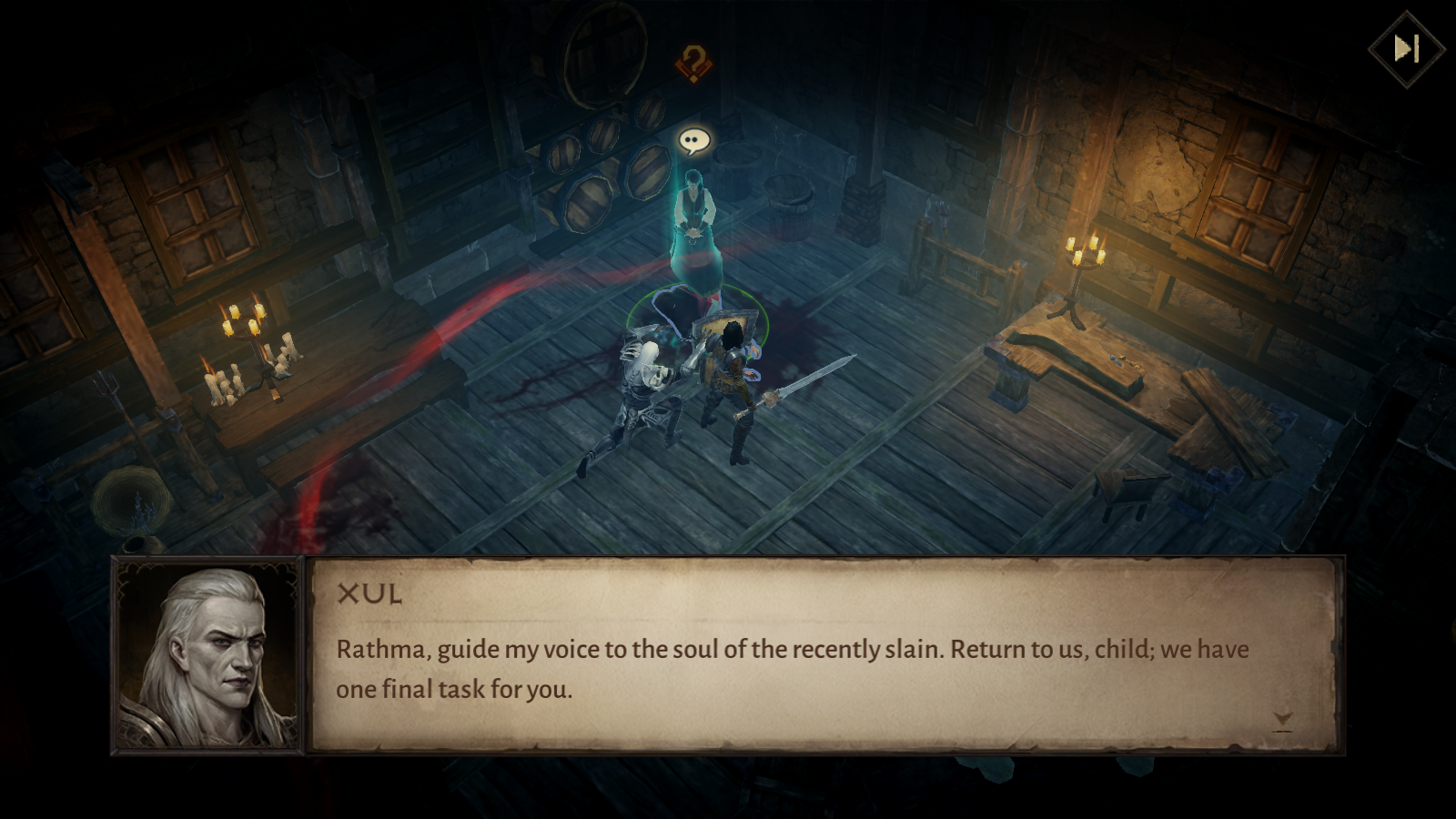 Overall, Diablo: Immortal is a functional and mostly well-designed video game, but it feels empty. There’s nothing new or exciting here. Not in the gameplay, the story, or anything else.

Immortal furthers strengthens my growing conviction that Blizzard has lost whatever spark once made it special. While the studio’s games were never perfect, there was always a sense of ambition to them. They were bombastic, colorful, and exciting. You could feel the passion of the people behind them shining through.

I don’t see that here. Immortal is close enough to the Diablo I once loved to reawaken my desire for new adventures within that world, but not enough to satisfy it.

I may play more of Immortal, but I definitely can’t see myself sinking hundreds of hours into it as I did with its predecessor. In the end, all it really did was make me wish all the more that Blizzard hadn’t abandoned Diablo III.