He just wanted to go out for a casual stroll. He picked the worst possible day to do it.

Todd the Troll lumbered out of Mordor, looking for a breath of fresh air and possibly some daisies to pick for his deformed girlfriend back home. What he found was a pitched battle between his comrades and some inexplicably agitated humans yelling about rings and frodos.

Finyar captured Todd’s bewildering dilemma in Lord of the Rings Online at the Battle of the Black Gate. I, for one, hope he made it home and will look back on this day and laugh. 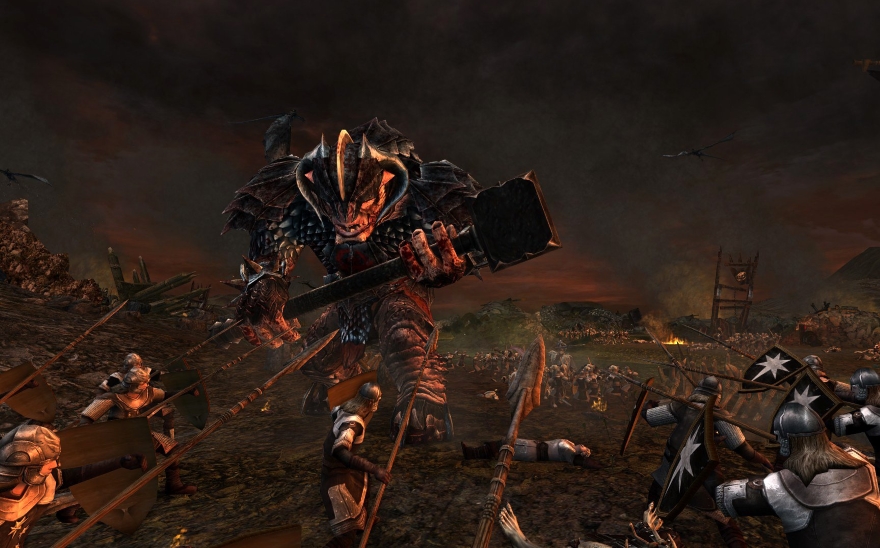 “With the recent Fall of Oriath expansion for Path of Exile I thought I might send you in a screenshot from my exploration of one of the new zones,” mailed in BalsBigBrother. “PoE does have lots of cool things to look at and has a dark beauty of its own, but it is kind of a hard game to take a good screenshot in the game. While it does let you take pics in game, it also commits the cardinal sin of not hiding the UI or offering that as an option as far as I know.

“As for the picture, this is a floor mural I came across while exploring. Please excuse the few dead bodies littered about the place. I did try to keep the monster clear while I killed them, but not all of them cooperated. I guess a few dead bodies in a zone called The Desecrated Chambers is to be expected.” 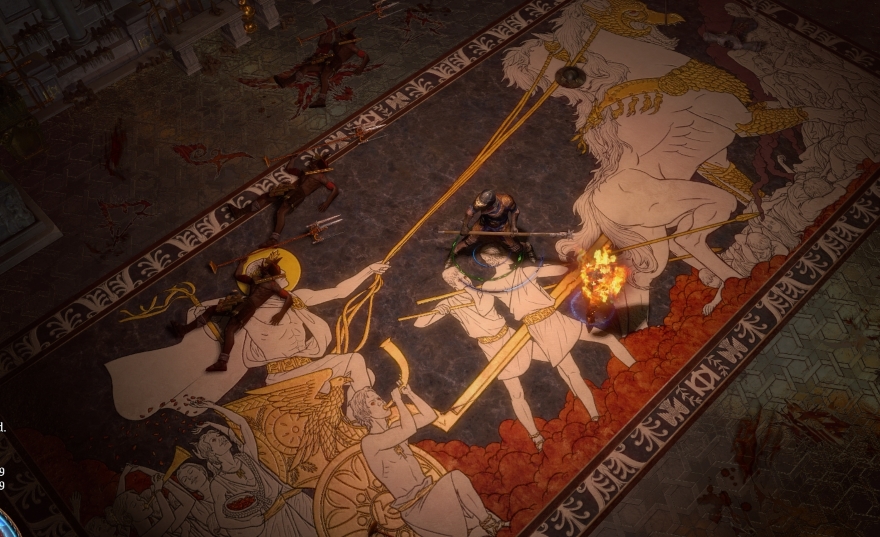 Rees Racer makes himself at home in his latest gaming conquest: “I’ve not been terribly keen for the “survival” genre, especially not one in early access. But Citadel: Forged With Fire doesn’t even have hunger/thirst gauges, and the premise looked original. Instead of slaughtering pixies and bandits, I’ve spent a majority of my time constructing my lake house, complete with a pier from which to admire it.”

“I wish this static screenshot could better show off the beauty of the Vashj’ir underwater zone in World Of Warcraft.,” said Mysecretid. “One of the most enjoyable zones I’ve played through in an MMORPG in a very long time!” 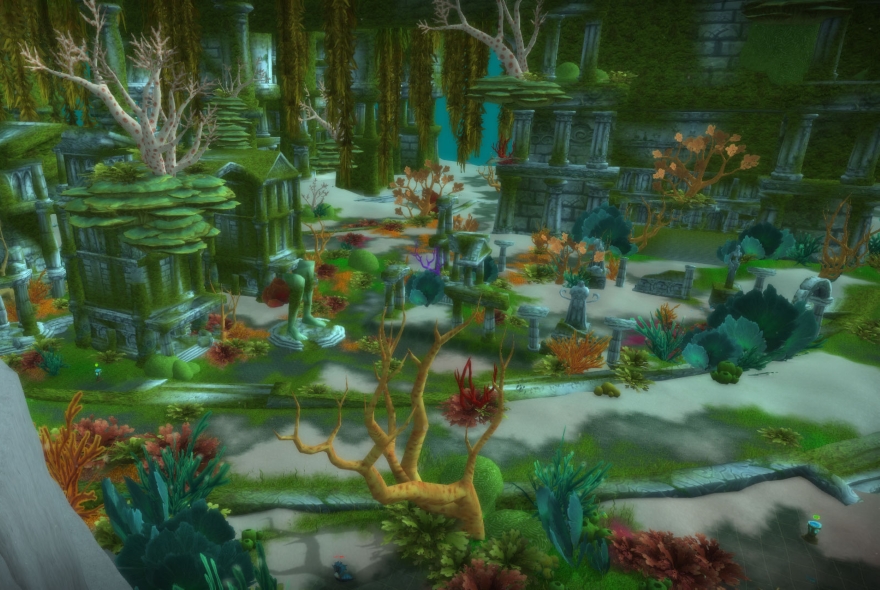 From underwater to outer space, let’s check in with the latest thrilling escapades of Star Trek Online, shall we?

What’s more fun than seeking out new life, new civilizations, and boldly going to strange receptions in the meeting room of a starbase?” asks Melissa. 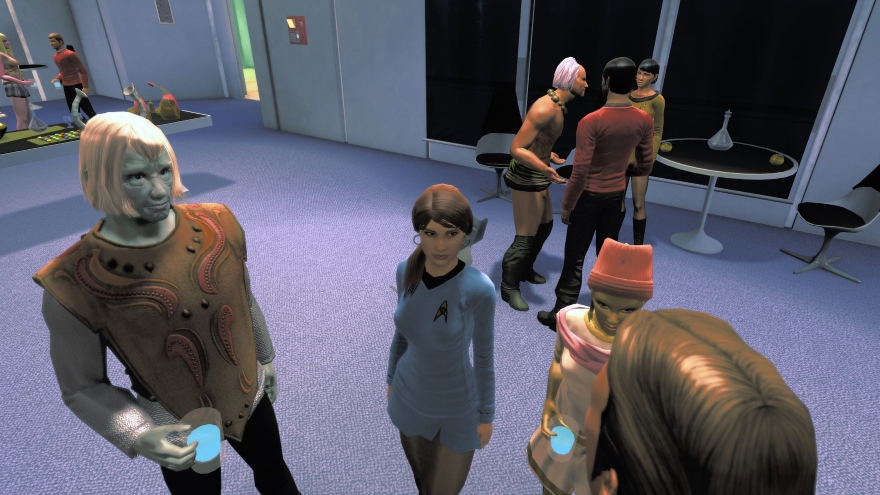 For this week’s screenshot challenge, why not feature an MMO race that you wish you could play as — but you can’t (at least, not until the developers Make It Happen)?