END_OF_DOCUMENT_TOKEN_TO_BE_REPLACED
Batten down the hatches because a big storm hits tomorrow! ArcheAge’s Maelstrom, with its cross-server navel arena, launches on December 13th. We got to see some of the 4.0 expansion and learn more about it during our demo and interview at PAX West this last fall. And on the cusp of launch, I sat down again with Trion Associate Producer Seraphina “Celestrata” Brennan, Executive Producer Merv Lee Kwai, and Community Manager Joe “Muzzy” Brogno to chat more about the upcoming changes. What I learned is that the changes have changes! Lunagems, the raid finder bulletin board, streetlights, and some of the arenas updates have been updated. And one change — the addition of the new turtle ship — will actually not be happening.

The big lunagem changes coming to ArcheAge will be quite the welcome change. As noted at PAX, lunagems are losing the majority of their RNG annoying-ness. The new system changes the lunagems to colors, with each color representing specific effects. Additionally, players get to pick the stats instead of relying on RNG. On top of that, the previous success rate that could drop all the way down to 5% was being abolished in favor of one that never dipped below 70%. Brennan explained then that “Most gems will still socket at 100% accuracy, and even if they don’t socket and they fail it will not blow up all the other gems in your item. Your gems are safe.”

This is definitely a change for the better, but it gets even better now. That last bit of RNG was tossed out the window! Brennan revealed that lunagems will now socket 100% of the time. “They never have a chance to break,” she explained. Not that I am complaining, but I wondered why the chance from a super high chance of success to a guaranteed success? Brennan answered, “Guaranteed progression. That’s the short of it. We want to remove the RNG from the game in many places and this was an excellent place to do it.”

Kwai added, “This is a theme that we’ll see going forward as well. We’ve reduced the RNG in a lot of systems, but this is an example of us removing it completely. And we’ll see that in a lot of the other systems over the course of the next year.” 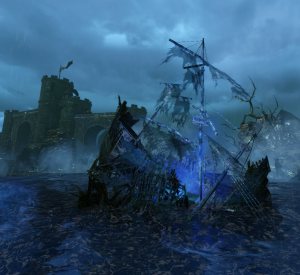 Speaking of lunagems, players will be able to buy the tier one lunagems from the honor store. Players then upgrade them to tier two using the crafting system. Brennan emphasized that even with the changes, all lunagem materials are preserved. The lunarite players already have can be converted to the new system just by right clicking on it. Additionally, all old lunagems still work and still can be slotted (they will not be salvaged like in the Korean version of the update). Brennan cautioned that those lunagems will all still be under the old system, so they still have the possibility of breaking. If they do break, they will be gone forever.

The honor store has other changes in store for players. Regrade shards are moving out of just the cash shop and auction house and joining the honor store inventory. This makes them earnable in game with just in-game currency. All shards from green to red will be available, but no superior regrade shards here! As Kwai told me, “Now there’s a game play distribution vector for yellow and red regrade charms.”

There are other shop changes, mostly involving items moving between shops due to the currency changes. (If you are curious, Brennan said that the merit badge to gilda star conversion will be 1:2, so players will get two gilda stars for every merit badge.)

At PAX, Brennan described the new raid finder that the game would be introduced that would allow folks to advertise and sign up for raids in one centralized location without having to X up in chat. The chat method didn’t necessarily work well for either party. On the one hand, players who glance away or go AFK at the wrong time (or simply turn off that main chat because of the other garbage that litters it) miss a chance to get in on raids. On the other hand, raid leaders had no idea who they are inviting until they were actually grouped up. It could be that your groups really needed something specific, like a few healers. The raid finder fixes both of these problems by allowing players to look at an in-game sign-up board to see what upcoming raids they may like to participate in, and also allowing raid leaders to check classes and levels of those who are applying for the raid and select the necessary combination for the task.

This all sounds like what we learned about in September, so what is different about the raid finder from when Brennan discussed it back then? The fact that it is now a part of the UI instead of a physical board! I was pretty happy to hear about this change. As it was, the board was going to be something players had to travel to in a city to peruse and use. That’s pretty inconvenient. Now, it is simple a UI element that you can pull up any time, anywhere. It has a search feature for players to narrow their hunt by specific encounters like the Kraken, Mistmarrow, etc. Raid leaders post their requirements and other players can apply; all accepted applications are automatically invited to the group.

Before moving on from raid talk, Brogno and Brennan showed off the new raid raid alliance tab. Brennan noted that the raid leader who invites the other becomes the captain, and the other raid leader the assistant. “Each runs their raid separately, and each raid is marked differently on the map,” she emphasized. “It even marks the raid leader separately on the map, so that way you can do a lot of organization of your group.

The dungeons, however, may be seeing a permanent retirement. “There are a couple of dungeons being removed because players just weren’t running them enough,” Brennan explained, but “they might get revamped in the future.” What’s headed out the door? Palace Cellar, Sharpwind Mines, and Kroloal Cradle are all hanging up their hats for now. Brennan emphasized that the greater versions of these dungeons are remaining in the game as Kwai explained: “One of the reasons XL felt strongly about that was because the character progression at the lower levels has been increased [players] just blow past those dungeons so they removed the quest line that went through there and then reserved that for a higher-level experience.”

Speaking of PvP, other changes are also inbound. Draughts of Forgiveness are increasing in price from 1,500 honor to 5,000 honor as well as gaining a cooldown of three hours so players can’t just chug them and go from high crime points to none right away. Instead, they will have to live with consequences a little while. In Auroria, warehouse looting is changing from whenever it is full to triggering at a set period of time during the day (9:00 p.m. UTC in Europe and 7:00 p.m. Pacific/10:00 p.m. Eastern in North America). 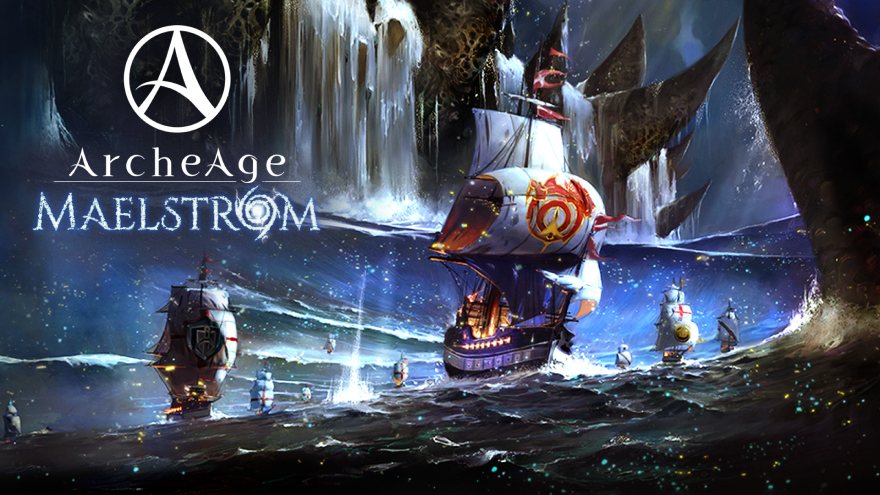 A change that is actually not happening now is the release of the new turtle ship. Brennan explained, “Unfortunately XL has found a variety of bugs on the ship in their Korean servers and so they have elected not to bring it to North America and Europe until they can get that stuff fixed. So we’ll look at introducing that later next year.”

Other changes not coming to the Western servers are increases in the cost of different aspects of the trade system. In Korea, labor costs to craft specialty packs has been increased as well as cost for cargo certificates. These will remain as they currently are on Western servers. Additionally, the number of basic resources needed to upgrade to the next level of resource increased in Korea. For example, it now takes five logs to make one wood, where it used to be three logs. The western versions of ArcheAge are retaining the current resource ratios. (More good news for farmers and traders: Kwai said The larder footprint is reduced to the size of seed bundles, so instead of eight on a 16×16 farm, you can fit 20!)

Western servers are also not getting the changes to the ancestral system that Korea has; it is staying the same.

A final change Brennan noted was that because of concerns about performance issues, XL Games has altered streetlights in housing to be either permanently on or permanently off. Players themselves can select whatever they want for their houses and manually change it whenever, but there will no longer be any automatic turning on or off of the lights.