END_OF_DOCUMENT_TOKEN_TO_BE_REPLACED
Just a few days ago, we awoke to news so unexpected that it made me check I hadn’t time-traveled to April 1st: EVE Online developer CCP Games is being bought by Black Desert Online studio Pearl Abyss for a total of $425 million USD. The news immediately kicked the EVE Online community into a frenzy, with most people’s gut reactions being overwhelmingly negative. Black Desert is known for its aggressive monetisation strategies and many EVE Online players were understandably worried that Pearl Abyss would try to force the same strategy onto EVE.

CCP Games and Pearl Abyss have obviously been very positive about the buyout, with both companies issuing statements about the exciting new opportunities they see in working together. CCP has also been pretty quick to get a handle on the community discussion surrounding the deal, answering some questions on twitter and holding a Q&A thread on the EVE forum Friday nightt. The player-elected Council of Stellar Management also met with CCP Games CEO Hilmar Veigar Pétursson on the the morning of the announcement and came away from the meeting with positive impressions.

In this extra edition of EVE Evolved, I present some of the important questions and answers from the Q&A thread, dig into the details surrounding the sale of CCP Games, and speculate on what it could mean for the future of EVE Online. 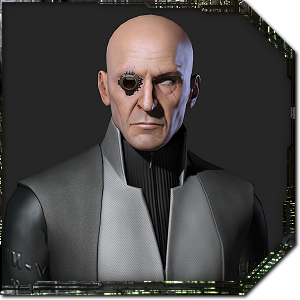 The elephant in the room

The question on every player’s mind after reading about the sale of CCP Games was whether Pearl Abyss planned to interfere with the business model or development of EVE Online. In an interview with Venturebeat, Pearl Abyss CEO Robin Jung was very clear on this point, stating that “CCP Games will operate as an independent studio.” Variations of this question flooded the Q&A session on the EVE forum this weekend and CCP Falcon repeatedly confirmed that Pearl Abyss is not interested in interfering with EVE Online in any way and that it would be business as usual for EVE players.

You can read the full Q&A thread on the EVE Online forum or check out the gallery below for a selection of the most important questions and answers from CCP Falcon and CCP Guard: 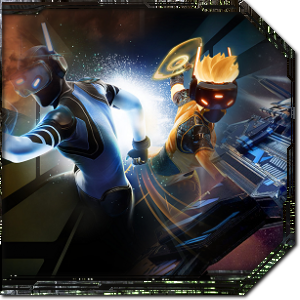 So why sell the studio now?

At the end of October 2017, CCP Games unexpectedly decided to pull out of VR game development and issued a significant round of layoffs. This came just after the EVE Vegas 2017 event at which many of the affected developers spoke highly about the bright futures they saw for their games, and Hilmar himself unexpectedly left the event early. When the restructuring was announced, I speculated that Hilmar may have been called away to a meeting with one of EVE‘s shareholders who wanted their money out of the company, and that this prompted the restructuring and cost-cutting measures.

I don’t know if that’s actually what happened, but CCP is currently owned by a group of financial investors and the sale indicates that they want (or are willing to accept) an exit on their investment right now. Hilmar confirmed in interview with Venturebeat that following CCP’s VR pullout and restructuring to focus on PC and mobile, the studio went looking for fresh investment and found a great deal of interest in Korea on the strength of its future plans. “As we went through that process, we got to know the team over at Pearl Abyss,” he told Venturebeat. “We saw a lot of synergies between our plans and their plans, our mutual backgrounds and culture and DNA.”

Avid EVE Online player and real-life corporate executive Dunk Dinkle gave his thoughts on the sale in an insightful blog post, reaching the similar conclusion that the sale was likely the result of EVE‘s financial backers wanting their money out of the studio on good terms. He believes that CCP’s gamble on VR was a last ditch attempt to grow big enough to buy out the investors, and failing that, the only exit strategy left for investors was selling to a new owner. We can also pretty confidently predict that this deal has been in the works at least as far back as April because Pearl Abyss CEO Robin Jung reported that he was in attendance at EVE Fanfest 2018. 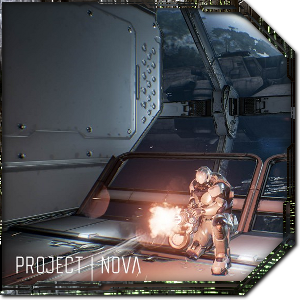 What’s in it for Pearl Abyss?

The purchase of CCP Games is a financial investment that Pearl Abyss will want to pay off, so the company obviously thinks CCP can make enough money in the long-term to be worth the $425m price tag today. Players rightly worry that Pearl Abyss may be seeing financial potential in aggressively monetising EVE at the expense of players, but EVE Online isn’t the only thing CCP can potentially make money on. The studio also has several projects in the works, including the upcoming FPS Project Nova, mobile spinoff EVE: War of Ascension, and an as-yet-unannounced action MMO project in development in London.

There’s also a lot of potential in the recently announced mobile MMO EVE Online: Infinite Galaxy that CCP will be bringing to the Chinese market in partnership with NetEase, along with a re-launch under NetEase to replace the Serenity server that is soon to be shut down. Pearl Abyss has experience in global publishing that may help CCP release its upcoming games in additional territories and make more money by targeting the kinds of monetisation strategies that work better in those regions. Pearl Abyss CEO Robin Jung even confirmed in an interview with Venturebeat that the studio is “considering the joint development of new games” in the long term.

We also have to consider the value of any savings that can be made by combining the two studios, both in terms of staff overlap and availability of expertise and development capacity that would otherwise be more costly to acquire. Robin Jung had very positive things to say about EVE‘s community management, which the studio “will learn a lot from and hope to integrate natively into Pearl Abyss’ general practices across all of our games.” EVE Community Manager Paul “CCP Falcon” Elsy has been similarly vocal about his excitement for knowledge exchange opportunities of this kind between the two companies. 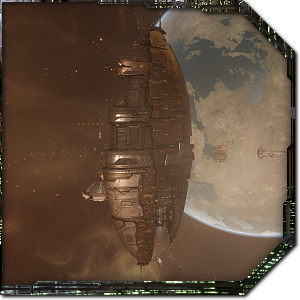 The case for an independent EVE

Robin Jung has also expressed hope to “further our market growth with EVE Online, plans for which we’re not yet ready to announce.” This has some players worried about possible interference in EVE‘s business model further down the line, which I’d hope isn’t going to happen as it could lead to a mass exodus of players from the game. The business case for keeping EVE Online independent is also pretty clear, as CCP currently makes enough money from EVE to stay in profit in the long term while also working on new projects. That’s a fairly stable situation that Pearl Abyss probably won’t want to risk disrupting.

I believe both studios would be best served by allowing CCP to operate EVE Online independently while working together to develop and release new games and to reach new target markets with existing games. Based on the announcement that “CCP Games will operate as an independent studio”, this seems to be broadly what they’re planning to do for the foreseeable future. Pearl Abyss could always change its mind on this point in the future if CCP doesn’t meet its financial targets, but one thing makes me hopeful that financial targets aren’t the company’s sole motive:

“CCP Games will operate as an independent studio. We currently have no plans to restructure the company in any way.” – Robin Jung, CEO Pearl Abyss
Pearl Abyss’ largest shareholder by a large margin is chairman Dae-Il Kim, a self-made billionaire with a huge 36.6% share in the company. Dae-Il Kim is by all accounts a gamer who started out as a developer and became a CEO (and then chairman), a career trajectory that will be quite familiar with those of us who have attended Hilmar’s keynote speeches at EVE Fanfest. Both Hilmar and Robin Jung have talked about the two studios “sharing common DNA,” and it seems that this sentiment may go all the way to the top to the company. At the very least, the boat is now being steered by a captain and a navigator rather than a committee of suits below deck.

Waking up one morning to find that the studio making your favourite MMO has just been bought out by a company known for its aggressive monetisation is a nightmare scenario for many of us, but things may actually be looking up for CCP Games. The company is currently owned by a group of financial investors with limited game development experience and will soon be owned by a self-made developer who understands the industry and whose motivations may not be purely financial.

The CSM who met with Hilmar on the day of the announcement seemed happy with what they heard, and CCP Falcon and CCP Guard’s answers in the big forum Q&A put many of people’s immediate fears to rest. It looks as if it will be business as usual for CCP in the short term, but the truth is that nobody knows exactly how this will play out in the long term as the two companies begin to feel each other out and figure out how to best merge operations.

CCP will also now have specific financial targets to meet, and it remains to be seen whether these will have an impact on how the game is monetised even without direct intervention from Pearl Abyss. But if EVE Online is allowed to run independently in the long term and it really is business as usual for players, this buyout could be hugely beneficial for CCP. As commenter silverlock pointed out on Thursday, “CCP has always seemed like a place of great ideas that they just can’t seem to get out the door – maybe this will finally change that.”