There’s a new character on the horizon for SoulWorker, and her name is Chii Aruel. The studio hasn’t said much about her just yet, but Chii’s picture indicates that she’s a sword user.

This is just the beginning of the rest of the news! Read on for a roundup of other smaller MMO news stories and videos from this past week in this edition of The MOP Up (and if you don’t see a news story that we should have, drop us a tip)! 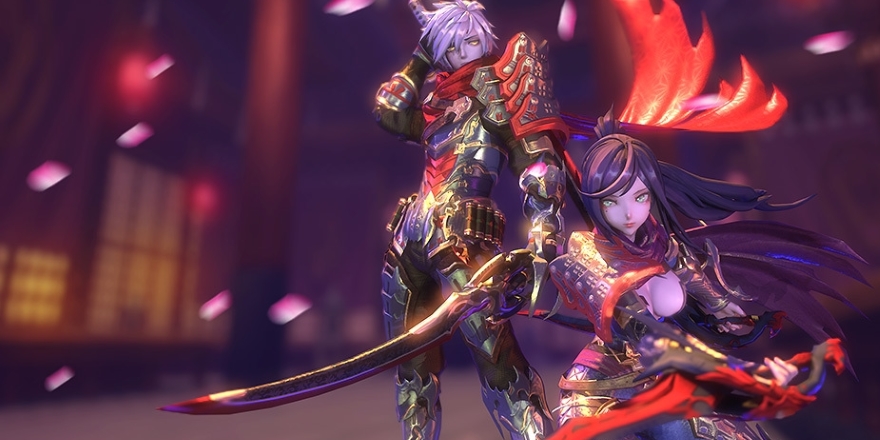 MapleStory 2 is investigating a serious login issue while MapleStory is increasing its level cap and MapleStory M added a trio of Explorer classes.

Path of Exile is hiring a whole bunch of people, which is always a good sign for a title.

As Breach progresses through early access, it’s going to be increasing bonuses and reducing the gold cost of some of its classes.

Aura Kingdom is getting an official sequel — and yes, it’s going to be mobile.

D.Va and Reinhardt are the latest Overwatch characters to get their own LEGO creations.

Worlds Adrift walked its players through how the team institutes hotfixes for the sandbox MMO.

Switchblade, a vehicle MOBA, has gone free-to-play five months after its launch.

Skyforge patched in new quest options to fix an issue in which it was ending prematurely.

Fallen Earth’s new dev team is doing weird things with stripping the clothes off of its avatars. It’s OK; there’s a good reason why this is happening. [Thanks Bruno!]

Old School RuneScape is polling players on a number of issues, including what to do with dead fish.

Realm Royale is the latest title to join the Discord store!

Feast upon some brief gameplay footage from Ascent: Infinite Realm:

Shot Online is now on Steam, or so the rumor goes: