I guess I was asking for pure nightmare fuel when I issued a challenge last week to create the most disturbing and deformed avatars possible in MMO character creators. I thought they’d be bad, but… egads. Not this bad. I mean, It Chapter 2 looks scary, but I would rather have Pennywise visit in the night than this abomination.

“I’m glad I have Revelation Online installed, because WoW does not provide a good character creator,” said Minimalistway. “Revelation provides sliders, and sliders mean you can create horrors, like this fine fellow. Meet Henry!”

BACK TO THE ABYSS WITH YOU, HENRY. 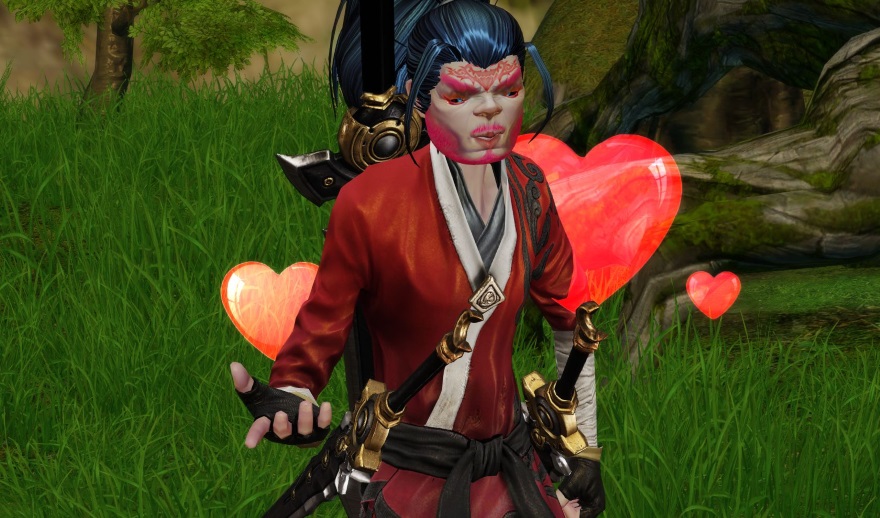 Then, we got this Guild Wars 2 abomination that makes me crack up every time I look upon this Charr’s tortured visage. I mean, it’s Charr, it’s not going to win any beauty contests, but this poor guy’s going to get picked last to every ball.

Miol posted this after having some fun with the makeup screen: “‘No, please! Please, don’t do this to me!’ Sorry, in the end I didn’t have the heart to impose those changes on that Charr. It’s an exclusive hairstyle, mind you!”

Exclusive to Hell, you mean.

“Out in what No Man’s Sky calls an uncharted system (i.e. a system with no starbase belonging to one of the game’s three major races), I found this unusual-looking world, half of which was submerged in water,” said Mysecretid. “I figured these pics, taken from a tiny island, might be worthwhile; meanwhile, I’m working on building my underwater base. If it works out, I’ll post pics of it at a later date.” 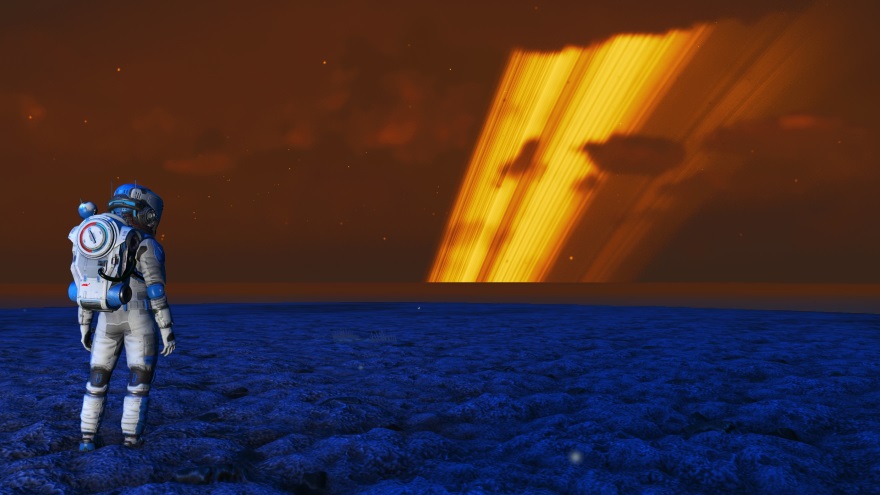 Back to disturbing tableaus, the appropriately named Murderhobo gave us the dubious honor of creating a Massively OP billboard. With nude, angry clowns.

“I’ve already inflicted this upon the staff, but does it count as character creation if you skin your own corpses, stuff them and make a diorama? Because you can do that in ARK.” 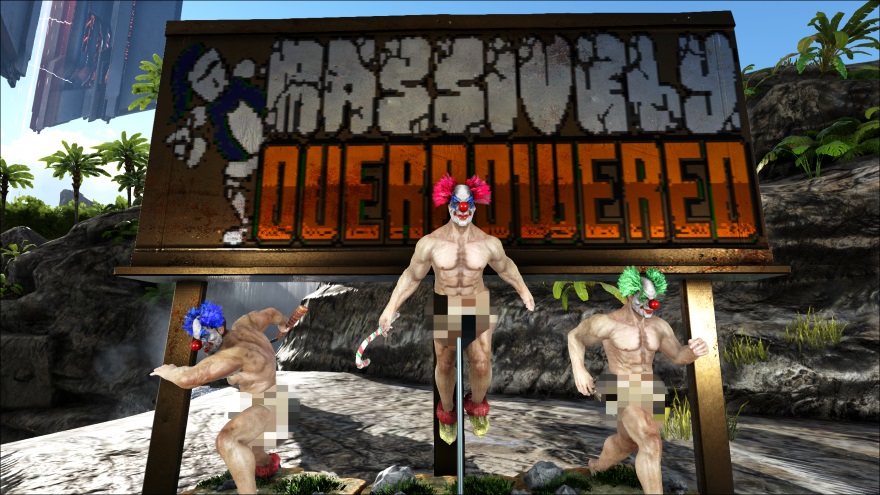 And if you weren’t blind yet, you’re about to feel your retinas explode with color overload, thanks to City of Heroes’ revival.

“Well, I don’t really do ugly screenshots, so I’ll have to give you a shot or two of Acid Rainbow, Praetorian Spectra-Lass, who can sometimes be difficult to look at for too long,” posted Hikari. 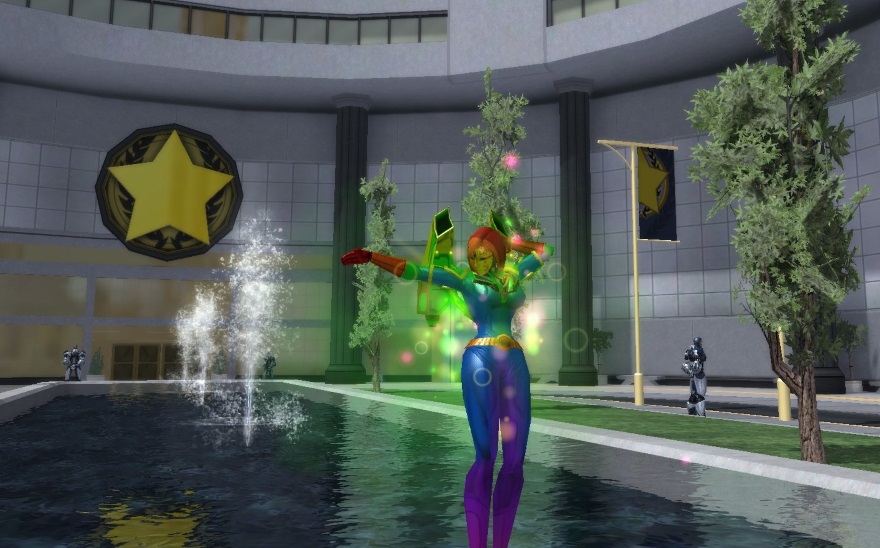 I thought that for the weekly screenshot challenges going forward, I’d give you an example from my own library as inspiration. So this week’s challenge is to show off something really dorky, either that the game did or you did while in the game. Here’s an eye-rolling moment from Blade and Soul: 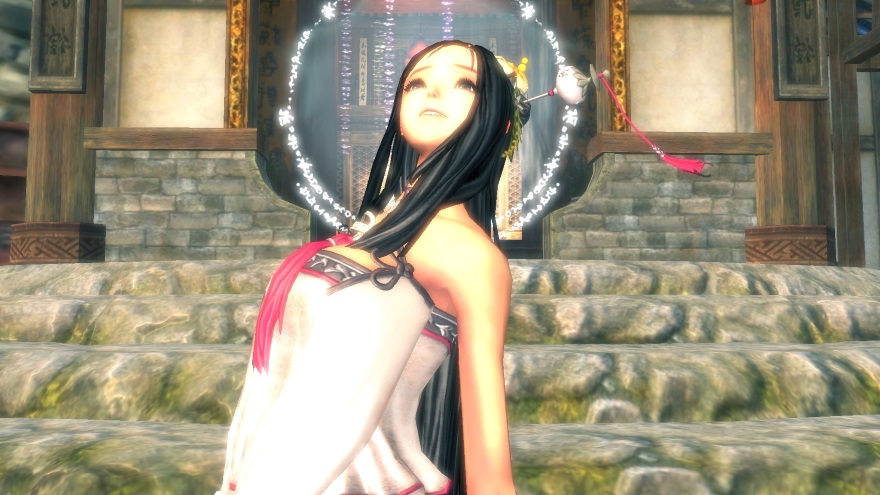