Well, the TERA sunset thing caught me off guard. I don’t play TERA, but I was always under the impression that the game was chugging along just fine. While not every MMO hits a milestone like 10 years of operation, I was pretty sure TERA was going to be one of the games that would actually stand the test of time. And I’m sure I’m not the only one who felt that way about the game.

Maybe I should’ve seen the writing on the wall when Bluehole decided to sunset its Japanese servers for TERA back in January. But when the only announcement was just for Japan, I figured it was a case of lower interest in Japan. Considering titles like Phantasy Start Online 2 and the much venerated Final Fantasy XIV, I wasn’t surprised it didn’t do too well. But since North America, Russian, and European servers had no news of any coming sunset, I figured the worst that could happen for those servers was that TERA would enter some sort of maintenance mode.

Clearly I made the wrong assumption. The sudden plot twist on the day of Japan’s sunset caught us all off guard. I know some of our readers and Gameforge, TERA’s publisher, don’t see eye to eye all the time, but just read the announcement:

It sounds like even the folks at Gameforge were sad to see this game go. And any MMO meeting an end is always a sad day in gaming history. But TERA lived an interesting life and helped bring action combat in the MMO space. For today’s entry of Four Winds, let’s go over the history of TERA.

TERA released in South Korea on January 25th, 2011, the brainchild of former NCsoft employees Park Yong-Hyun, Chang Byun-Gyu, and Huang Cher Ung. The trio formed Bluehole studio, and the idea behind their game was to make an MMO that played more like a third-person action title rather than a tab-target MMO. But the story was far juicier than that, and there’s bad blood in here, fam.

NCsoft accused the founders of Bluehole of stealing assets and trade secrets back when they were NCsoft staffers working on Lineage 3. These complaints go as far back as 2007 but came to fruition in 2009, when the Bluehole founders were convicted in the Korean criminal courts of stealing trade secrets from NCsoft. The civil damages added up to about $2M, though that was later appealed. But the injunction stayed, meaning that Bluehole has been permanently forbidden to use any of the stolen ideas in the future. 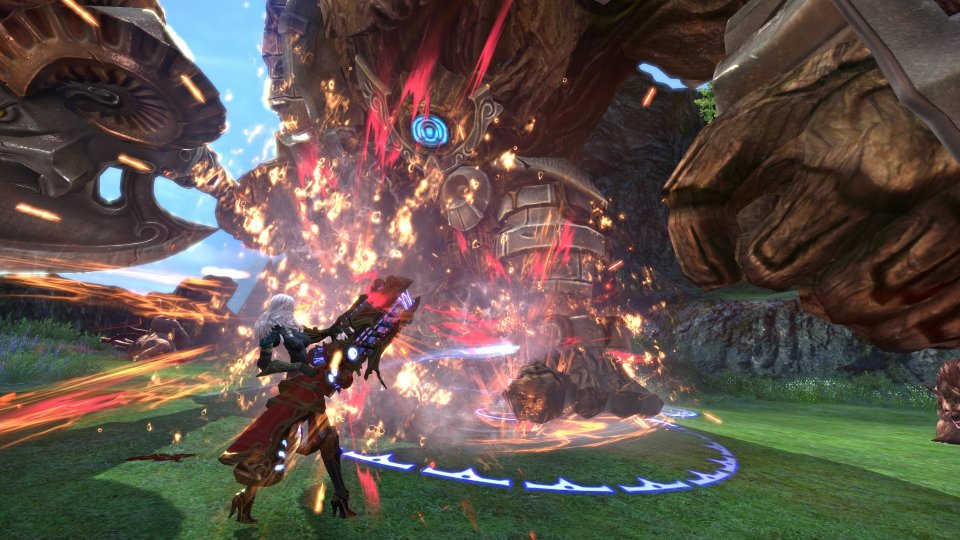 Most of this conflict stemmed from NCsoft aim to prevent a western release of TERA. But despite the legal threats, Bluehole pressed on with the NA/EU open beta in May 2012, with Bluehole’s En Masse Entertainment taking publisher duties for North America and Gameforge doing the same for Europe. The legal matters were eventually settled around 2012, but this initial lawsuit really set the stage for the life of the game. And a lot of the early years were spent regaining player confidence. Let’s look at some of the key updates to the game over those years.

The evolution of its political system

Around the time of the NA/EU release, Bluehold released a patch with the Vanarchs political system, which was the first political system TERA employed. (There were two others; more on this later.)  Every province of the game needed a leader, and those were to be the Vanarchs. And yes, said Vanarchs are players. It was the player-led system where the main goal was to obtain a ton of power, money, and fame. Players were either voted into the position or could take the power for themselves through guild vs. guild combat. 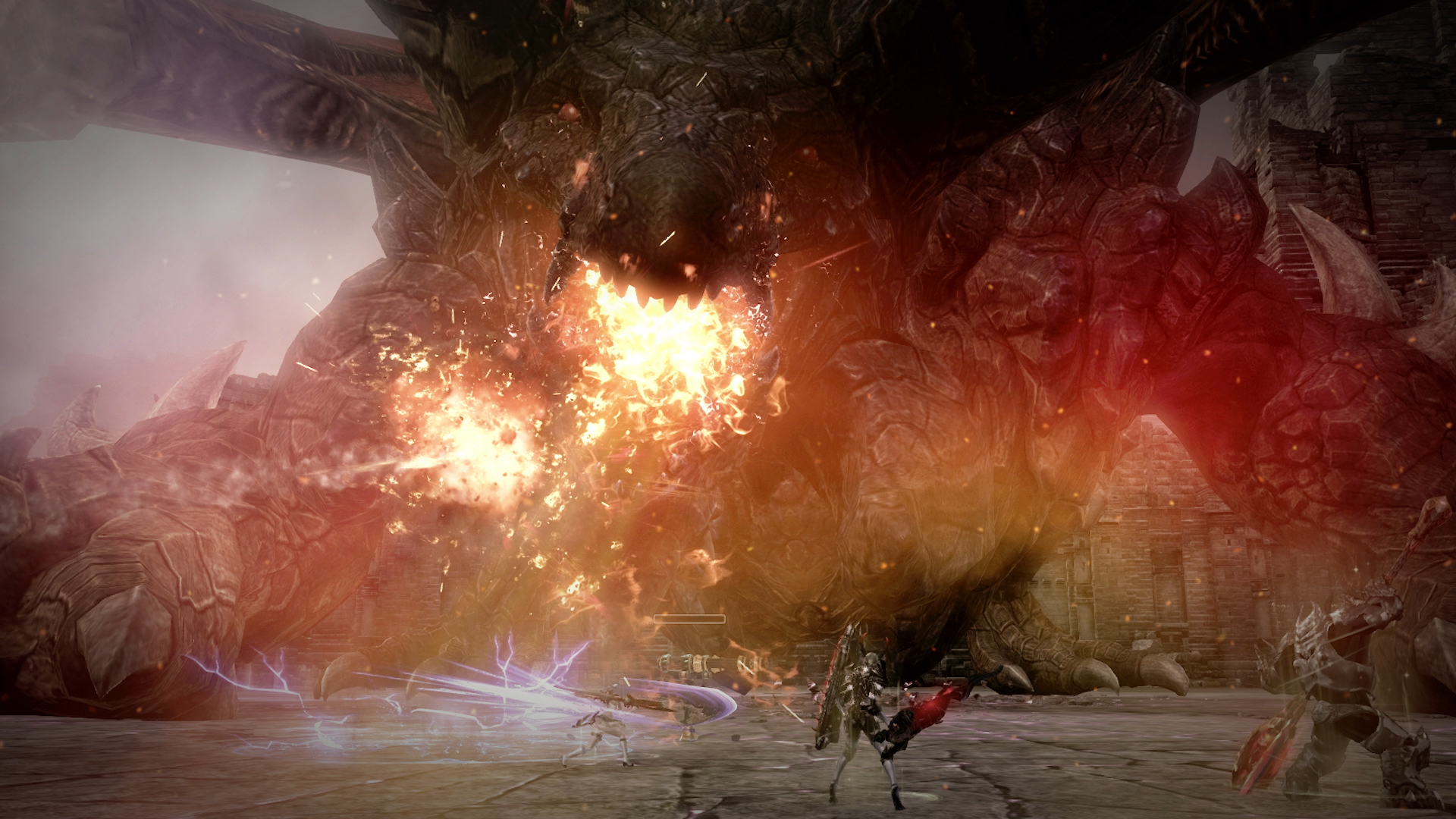 To even register for candidacy, players needed to be level 50, had to have a guild level of 3, and needed to lead a guild with at least 20 people. They also had to pay the fee of 2000 gold and 100 Cathanarch Awards too. So it wasn’t cheap, and a more than little effort on the candidate’s part was needed. But the rewards were worth it, as Vanarchs could raise or lower taxes, say something that everyone online could see through the /Vanarch command, and ride around on a special mount. They could even disable open PvP on PvP servers! It was a pretty neat system, but it only lasted for about a year. In August 2013, the system was replaced with the Alliance system.

Under the Alliance system, guilds and players could swear allegiance to one of three alliances: the Free Traders Collective, the Enlightened Union, and the Iron Order. Guilds didn’t have to participate, but the option was always there. And solo players also had the choice to join something called an executor guild that allowed players to engage in some but not all the content alliances offered.

In order to obtain power, players had to earn contribution points. Gaining achievements, eliminating enemy alliance members, finishing alliance quests and a variety of other activities helped them earn said points. The top 120 players got some special perks out of it. At the top of that hierarchy was the Exarch, who was essentially the leader of each alliance. Exarchs could do things like set taxes and perform special alliance skills. Players ranked 2 to 20 were Commanders; they had the ability to form raiding parties to cause trouble in enemy territory. Players 21 to 120 were called Echelons, and they boasted the ability to offer some combat buffs to their comrades.

This political system ran until September 2016, when it was replaced with its final form: civil unrest. Civil Unrest no longer had exarchs or vanarchs; instead, it was a weekly mass PvP. Guilds spent the week grinding for the currency to build a tower, and the object of the game was for guilds to protect their towers and destroy everyone else’s towers. The top three guilds got a nice gold accent on their guild icons.

I’m trying to stay objective here, but as I did the research on the history of political systems in TERA, my reaction to each system went from “oh wow that’s cool!” to “oh, it’s basically just mass PvP.” I have no idea why Bluehole got rid of the other political systems and replaced all of it with Civil Unrest, but the content speaks for itself: What began as a unique player-driven political system to weekly PvP that awards a some gold trim a la Guild Wars capes. Something went south somewhere in the game’s political design, and it’s kind of sad.

There’s so much more to look at with TERA, and as we approach its inevitable end, I plan on exploring a few more of its vaunted past. And who knows, maybe we can all learn something from TERA’s mistakes!

Fight or Kite: The many ways today’s MMOs are failing PvPers