It is a truly difficult thing to create something completely new and original, especially in storytelling and setting. It’s perhaps impossible in this day and age, as we tell variations on time-worn tales. But what is almost as good of a substitute is to take two elements and put them together to make an interesting new mix — such as science-fiction and ancient Rome.

That was the premise for Mythic Entertainment’s Imperator Online, a fascinating project that was originally to be the follow-up MMO to the studio’s Dark Age of Camelot but instead was cancelled before it ever launched. Even so, players got hooked by the intriguing premise: “What if the Roman Empire never fell, but instead continued on to become a really radical futuristic online roleplaying game setting?” 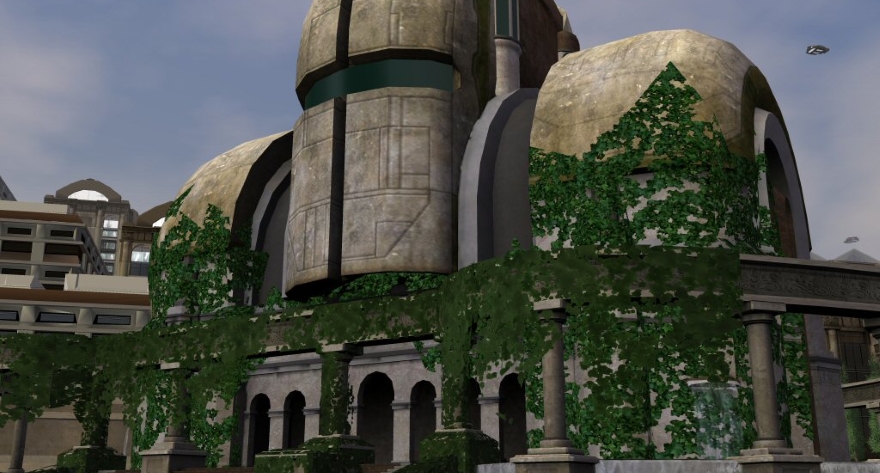 A peace of a thousand years

In 2002, Mythic was riding high off of its release of the previous year’s Dark Age of Camelot, which had already crossed the 200,000 subscriber mark. The PvP fantasy title hit it big with gamers and gave the studio a large amount of credibility in the community. So it’s understandable that expectations were high when the company announced its second MMO, Imperator Online, in June of that year.

Promising a “radical departure” from the current crop of MMOs, Imperator went to the stars while other games were content to toil in the dirt with swords and sorcery. The concept was that this would be an alternate history game wherein the Roman Empire never fell as it did in our timeline. Instead, the Romans (and other ancient extinct civilizations like the Mayans) grew in power and technology to the point that they expanded their empire to the cosmos. Thus, the Roman Respublica was born, and the citizens enjoyed thousands of years of peace under the rule of this civilization.

But peace makes for lousy MMO settings, so when the players enter the game, the Republic is under attack both internally and externally. Players would have taken on the role of a fresh recruit going through the military’s Academy, only to find themselves plunged into a surprise war with the invading Mayans across planets such as Terra Nova, Luna, and Hades Prime. Grab a weapon and start firing, soldier! 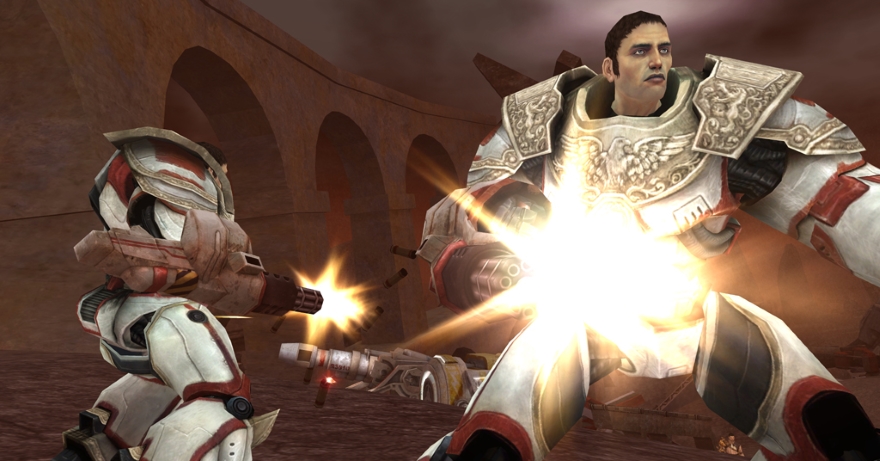 “The foundation I’ve laid for Imperator can be summarized in one phrase: ‘The experience defines the player,'” then-Mythic President Mark Jacobs said in the company’s initial announcement. Unlike DAoC, Imperator was designed to be PvE from top-to-bottom, centered around the individual experience of each gamer.

So why did Jacobs choose this particular mash-up? “In creating Dark Age of Camelot, one of the things we looked for was a property that, first of all, has great brand recognition; second, was one that we could easily make into a great game; and third, wouldn’t cost us an arm and two legs to use,” he said in a 2002 interview. “I did the same thing for Imperator.”

Imperator was also going to be Mythic’s counter-programming to the then-in-development Star Wars Galaxies. Sci-fi was thought to be just as promising as fantasy back then, although only Anarchy Online had made any significant headway into the MMO market at that point. It’s quaintly amusing to see Mythic worrying over SOE as the huge dominant MMO force when Blizzard was quietly waiting in the wings.

From what screenshots, concept art, and videos were left behind, Imperator was shaping up to be a good-looking game, even though it was merely using an improved version of the Gamebryo technology that powered Dark Age of Camelot.

While Imperator wasn’t looking to completely rewrite the PvE playbook, Mythic certainly intended it to be a good leap beyond what the current crowd had seen.

Aside from your standard humans, players could pick one of three other interesting variants: artificial lifeforms (who were smarter), the Ingenii (who were more talented), and the Tigris (who were tougher).

Characters weren’t bound to strict class structures in Imperator, but contained a little bit of the “class-based” column A and a little bit of the “skill-based” column B in structure. Players could draw upon one of four archetypes: a melee trooper, a ranged fighter, a support/healer class, and a quantum-force-using pseudo-magician. As for skills, the more time a player spent using a particular ability, the better he or she would get at it.

It’s hard to know exactly how this would’ve turned out, but Jacobs was certainly enthusiastic about it when he talked the game up: “Players will be able to choose where they want to focus most of their attention, but they’ll also be able to get skills and abilities that are not necessarily tied to wherever their main allegiance lies.”

Missions were delivered straight to players through their HUDs instead of requiring the players to go looking for Mr. Exclamation Mark and his sidekick, NPC Standing Under It. Special missions termed “life events” were to provide you with a significant way to shape and influence your character’s growth, although the choice of one path over another was promised to be nail-biting. The pulse rifle-toting action should have been fast and furious, although still a few steps back from true real-time combat.

And while most of the combat was to be strictly PvE against the Mayan foes, Mythic did have plans for a limited form of consensual PvP within the game. 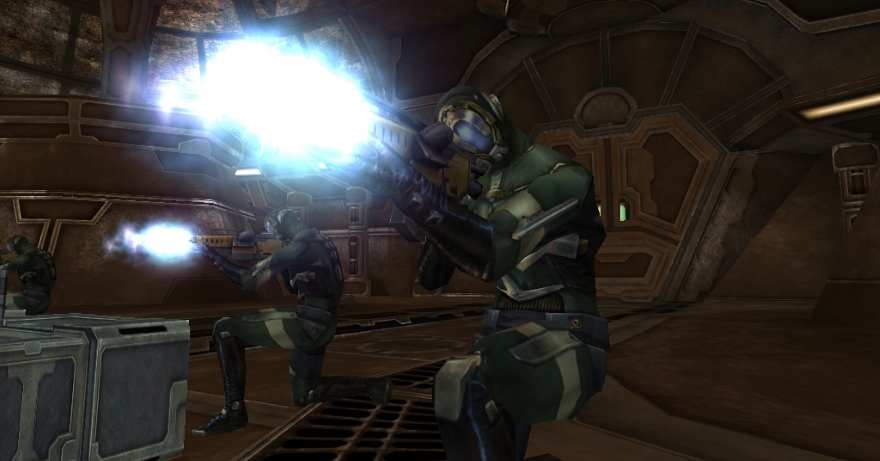 Imperator enjoyed a couple years in the pre-release spotlight, particularly at E3 in 2003 and 2004. The launch year was promoted as “MMV” — or 2005 to those of us who flunked out of Roman Numerals 101.

That launch would never come. On July 13, 2005, Mythic announced that it was suspending production of Imperator indefinitely while it shuffled personnel around to help out with DAoC and the recently announced Warhammer Online.

“This was the most difficult decision that we have ever had to make. However, our tremendous success with Dark Age of Camelot set the standard for Mythic of releasing nothing less than triple-A games, and Imperator was simply not meeting that standard,” Jacobs said in the press statement.

So what if? What if Mythic stuck with Imperator Online and released it? It’s understandable that the company wanted to get behind the much larger Warhammer IP and reallocate resources for the project, but in hindsight Imperator could’ve hit a need for a successful sci-fi action MMO in the fantasy-saturated genre. Then again, maybe not. We will never know.