Dungeon Fighter Online is continuing its run raking in more money than League of Legends, but World of Warcraft’s expansion blast seems to be over: That’s the takeaway from SuperData’s recap of the video game industry’s global revenues for September.

MMO players will recall that World of Warcraft had jumped into the second spot on the PC side last month, besting Riot’s popular MOBA, but it’s returned to its traditional spot in the middle of the top 10 as of September now that Battle for Azeroth’s settled down. Fortnite also dropped down a tick as PUBG has pushed upward, while Hearthstone has replaced CSGO.

On the console side, Destiny 2 returns to the top 10 at the top as Fortnite drops a smidge on console as well. “Destiny 2 topped our digital console rankings this month on the back of the new Forsaken expansion and an increase in deluxe edition purchases,” says the analytics firm. “Over 60% of all monthly active users purchased the expansion.” 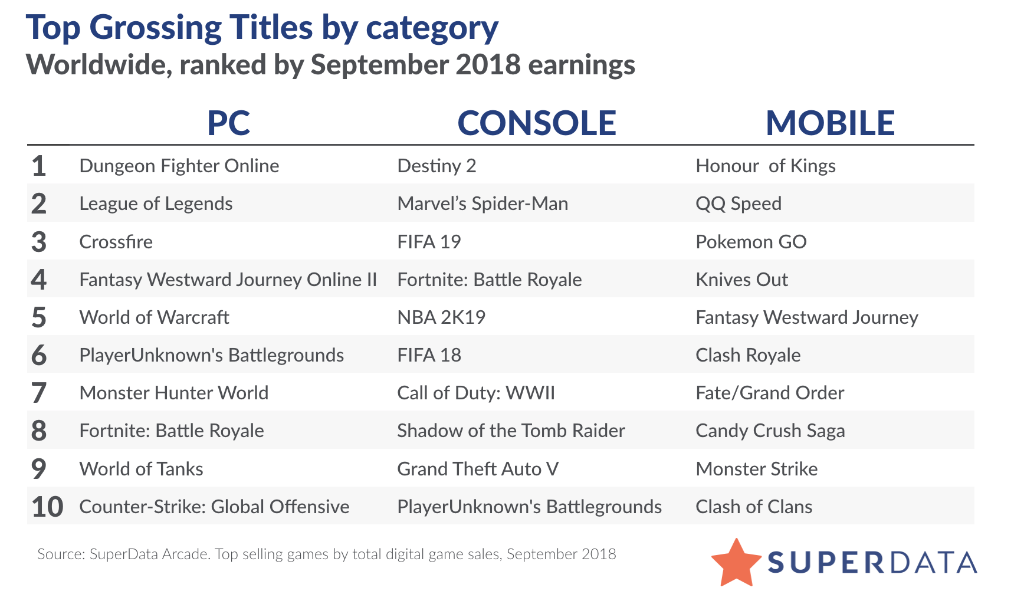