Are you a morning person or do you come alive in the evening? Depending on the day/night cycle of an MMORPG, you may in for an energizing — or lethargic — time.

Last week in One Shots, I challenged our readers to share their favorite time of the day in-game so that future archaeologists who uncover the internet will have an interesting tidbit to discuss over the dinner holo-table that night.

Zulika Mi-Nam kicks us off on a creepy note in Ascent: Infinite Realm, saying, “Who does not like a good sunset? Time of day here is… death.” 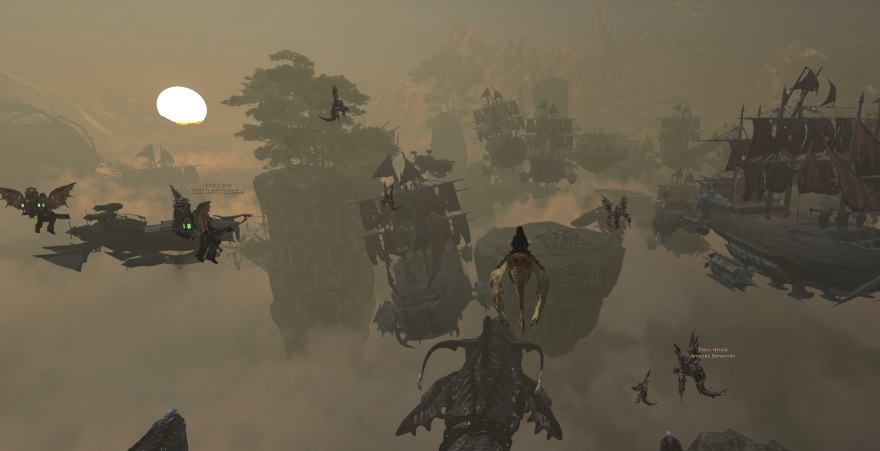 “As someone who discovered Star Trek through re-runs of the original series when I was a kid, I was never very keen on the post-original series design of Klingon starships,” said Mysecretid. “And then I discovered the Vor’ral-class Support Battlecruiser in Star Trek Online. Somebody on the dev team may have felt the way I did, because the classic Klingon vessel profile has returned in a 2410 guise (i.e. the year the game is set). It’s given me an excuse to dust off my long-languishing Klingon alt in STO, and to bellow ‘Today is a good day for pie!’ across the galaxy at every opportunity.”

This is why I like our readers. Pie and starships and nerdery all around. 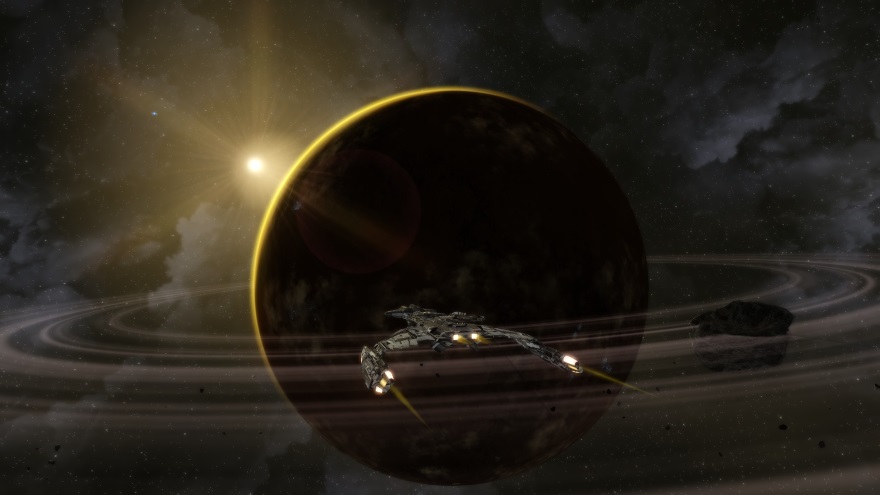 Minimalistway took us to a planet in a galaxy far, far away: “I love early mornings when it is cold and sunny. SWTOR has no day/night cycle, so here is this screenshot of Tatooine. Deserts can be so cold in early morning — I’m speaking from experience here. That balloon is amazing thing, I want one.” 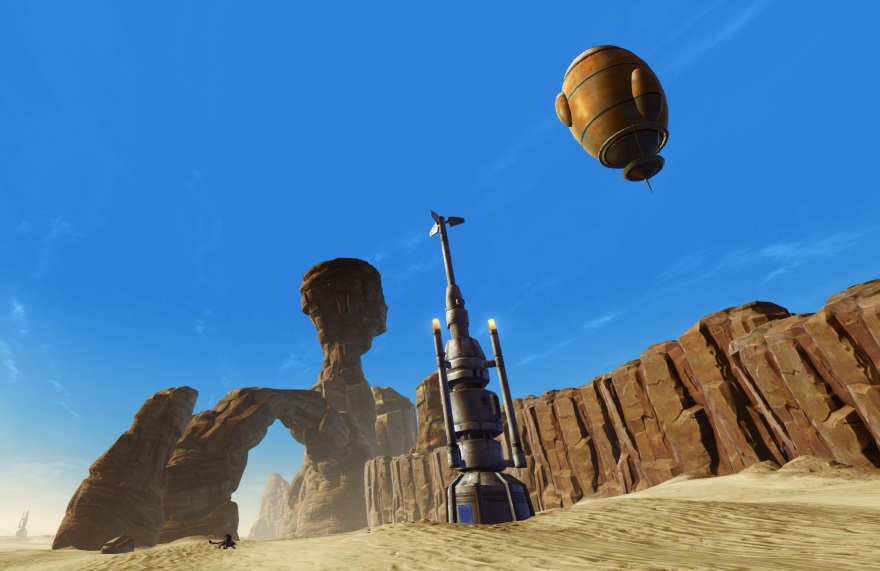 One largely unknown fact about Final Fantasy XIV’s Lalafels is that they actually have the inner density of a small moon, which explains why they are not easily punted away by every mob and raid boss they come across. Just thought I’d share that.

“Favorite time of day in an MMO?” Vincent asked. “When the sun goes down… and the mischievous Lalas come out to have fun!” 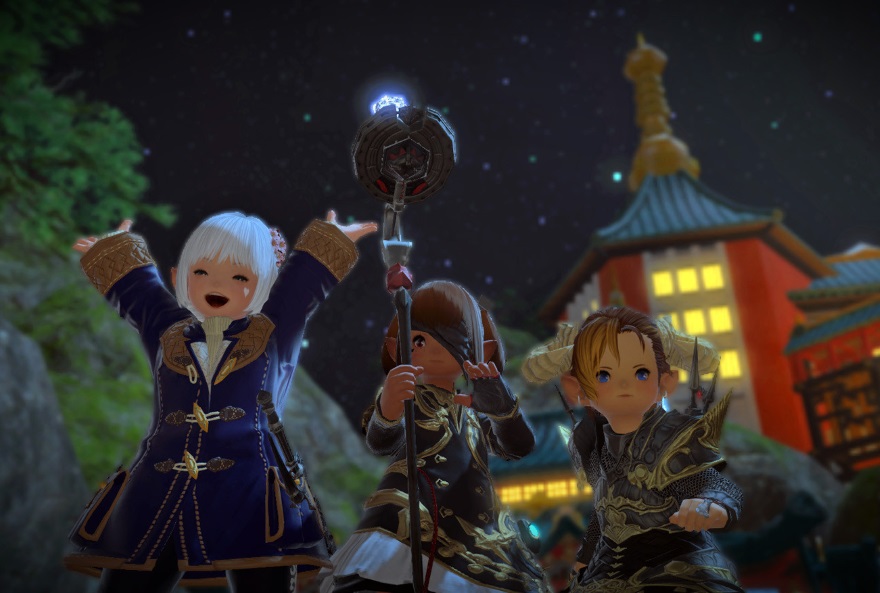 Deekay Zero is not having the easiest of times here in Star Citizen, but he doesn’t sound that perturbed by holes in his life support system.

“Parts of my former engine are falling off my Reliant Tana after a bounty hunter came to collect on my head,” he explained. “If you think this looks bad you should see the other guy’s ship.” 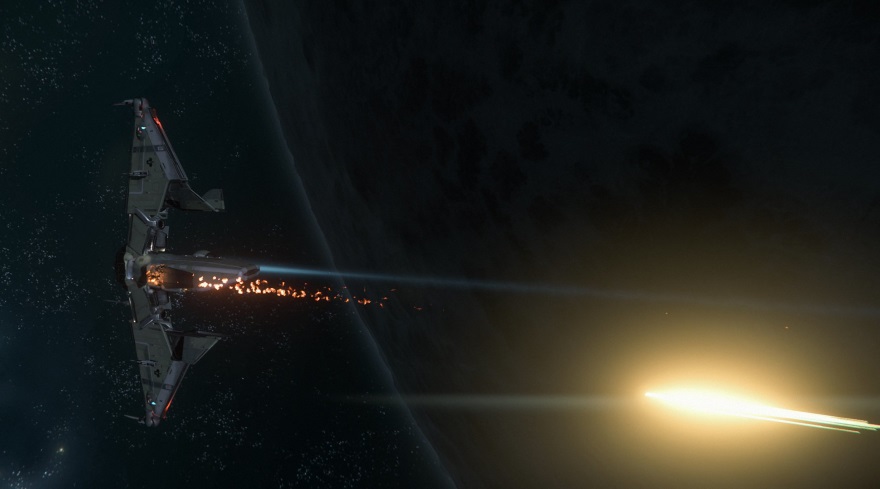 For my own contribution, this week I’ve got the Massively OP crew preparing for a crazy night of City of Heroes door missions. We had so many casualties that it broke MJ’s death counter, but at least it put a smile on all of our faces! 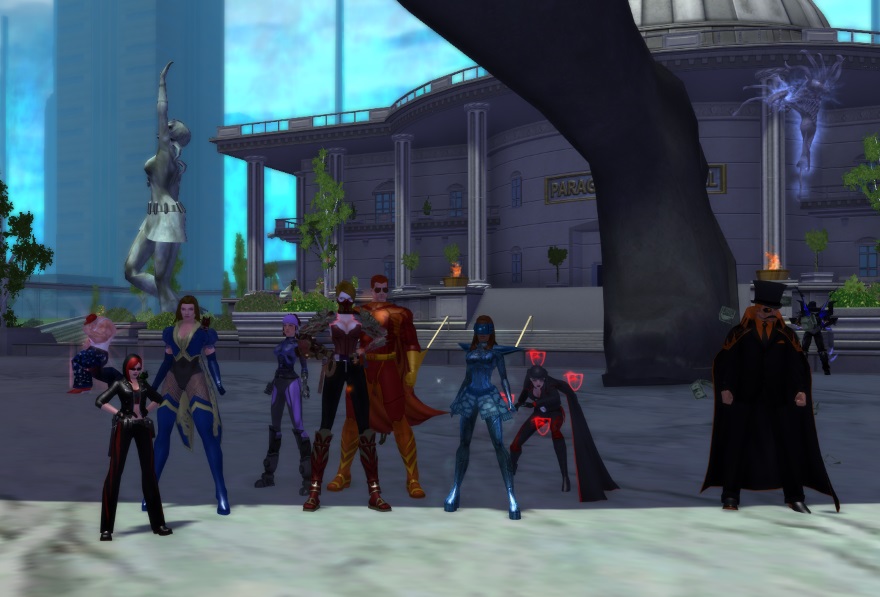 For this week’s screenshot challenge, share a picture and story of the last great group or guild experience that you had!

i wonder where i was last weekend. thanks for the feature!

This is more of last week’s theme, since I haven’t been playing anything multi-player lately. Bloodstained is full of so many fantastic moon-lit views.

I backed it but haven’t played it yet. Waiting on my physical box!

I promised Justin some MMORPG or MMO-orbiting genre screenshots which have nothing to do with Star Trek Online, so here we go!

This week’s offerings come from Shadow of the Tomb Raider. This one’s the first TR game I’ve genuinely liked since Tomb Raider: Underworld.

Eidos Montreal has returned the real Lara Croft to us — she’s smart, brave, and good at what she does.

No more wussy “girly-girl” behavior when she’s supposed to be a seasoned adventurer. No more sounding like she’s on the verge of tears (I’m not even kidding) every time something dangerous occurs.

This is not a mod or a Photoshop, believe it or not. When you use the game’s built-in screenshot camera, you’re given the option of swapping in “Llama Croft” as your screenshot subject. :-)

But seriously — notice the muscle definition on her bicep here? How’s that for attention to character detail? While Lara’s no weightlifter, she is very athletic in doing what she does, and it makes sense that she would have muscle tone like this. Eidos Montreal was really thinking things through.

Er…yeah. But that would require me to arrange for my respective guild into said picture. Didn’t want the hassle! :(

Not much grouping lately, sorry. So instead I share a screen shot of my Imperial Agent play through (1-50) that I completed last Sunday. After that I created a Sith Warrior and completed the starter planet, but didn’t continue from there because another entire play through would be a bit too much, right now, and I don’t wanna interrupt in the middle of it because that always ruins the story for me, since I usually cannot remember what had happened when coming back after a break.

Haven’t played anything this week end.

btw: this is something that bugs me more and more, recently. That MMOs and huge singe-player games with a long play time do not help you get back into the story after taking a longer break by letting you recap the story up to the point you played. Some games, like AC:Origins and ESO do not show you completed quests *AT ALL*, others only in a hard-to-read format or only with too little info.

I’d go back to AC:Origins in a heartbeat and might even buy some DLC if they would provide me a recap.

More and more, this makes me not wanna invest time into those games at all, because I know already at the beginning: either I have to power through as fast as possible or I will have forgotten most of the early events and NPCs when reaching the later parts of the main story.

my tribute to my 7-year friend Phil, aka “Gustopolis” in LOTRO, sadly passed away May 17th. How I miss him.

Always tough to lose a friend. Good of you to honor him.

Bit cheeky sticking SWTOR in there when it doesn’t have a day-night cycle!

Rules are for posters who don’t have cool jawa balloon pics! :-D

Okay, so first, I have a really ugly picture with UI and my streaming setup and all that stuff, but it was a super fun time as we set out to do Moonfire Task Force on one of our Tuesday Raider streams. WITH NO TANK :)

We’ve really been having a lot of fun showing that team comp isn’t the be-all-end-all in City of Heroes on Tuesdays. We’ve done heavy defense teams, heavy offense teams and in this case, no Tanks, Brutes or other classes with taunt were biting, so we went anyway (Though I’ve always said Masterminds are CoV’s tanks).

92 minutes is a respectable PuG time for Moonfire and it was a lot of fun.

My favorite group is always going to be our Cabal/Guild/Supergroup of 2 and when House of Light made it’s shining way to City of Heroes again for the first time, it did not disappoint. (And yes that is a Peacebringer, Eliot.)

Sometimes the best groups have nothing to do with teaming. As the photographer for Happy Tentacle Radio (my actual title is “Official HTR Paparazzi”) I get to listen to great music, have fun with friends and sharpen my art.

Drina’s player did her first non-event show in a long while and so many people turned out for a great set. Look at all those HTR T-Shirts!

The Stream Team: Sidetracked in SWTOR

Dark Age of Camelot is celebrating the harvest for Thanksgiving this...