Hello Games just keeps on proving itself over and over again. That’s been the overall reaction whenever No Man’s Sky makes an update from both myself and a lot of our commenters, but for some reason I never really bothered to dig in super hard to the game. I’ve been around since its astonishingly lackluster launch and have dipped in and out a few times, appreciating each major content patch but otherwise not really diving in. But something about the Outlaws update seemed to strike different. And I think it came down to timing.

As I’ve written before, Elite Dangerous: Odyssey has kind of burned me to the point that I find it hard to boot the game up outright, and my machine continues to prove to be the starchiest of potatoes as far as Star Citizen is concerned. So this has left a space sandbox void in my MMO gaming heart that I’ve desperately been trying to fill (and no, EVE Online will not fit). So the fact that the Outlaws update reminded me of the existence of NMS seemed pretty serendipitous, and I figured I’d give it one more shot. 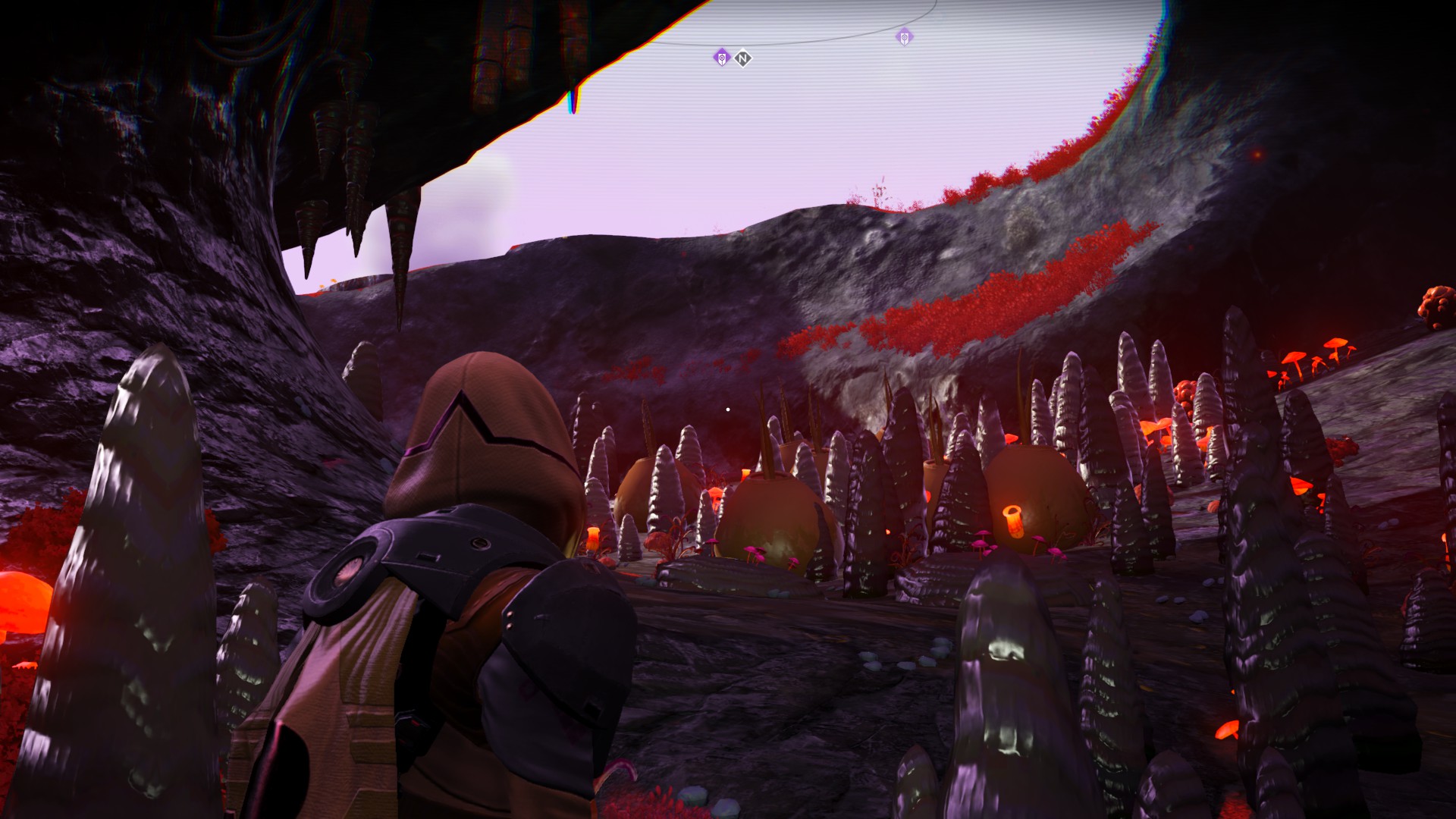 Now before I get too much further, I should point out first that I have been spending my time playing in creative mode, which removes all of the survival sandbox contrivances wholesale. Undeniably, that choice colors a lot of my sunny disposition, so I wanted to include that asterisk; if playing in “easy mode” somehow invalidates any of my thoughts, then so be it. Moving along.

Even in creative mode, the game’s opening beats continue to be probably some of the most boring pieces of gaming. Call it burnout from the original game, but I genuinely do not give one single whit about ATLAS or whatever being a Traveller is or anything to do with the Anomaly. All I want to do is hop into space and try to do and see neat stuff, a la how I often play Elite.

The game didn’t make it abundantly clear how to find one of these locations, but mercifully the wider NMS community had already disseminated some of the first steps needed to be taken, and it was as simple as installing a combat or economy scanner to my ship and finding a system that was pirate controlled. Docking at this new space station was immediately interesting, as the pristine and buffed veneer of standard stations gave way to bad lighting, haphazard amenities cobbled together, and a general sense of people just trying to live as they wanted. It was visually distinct and incredibly engaging. 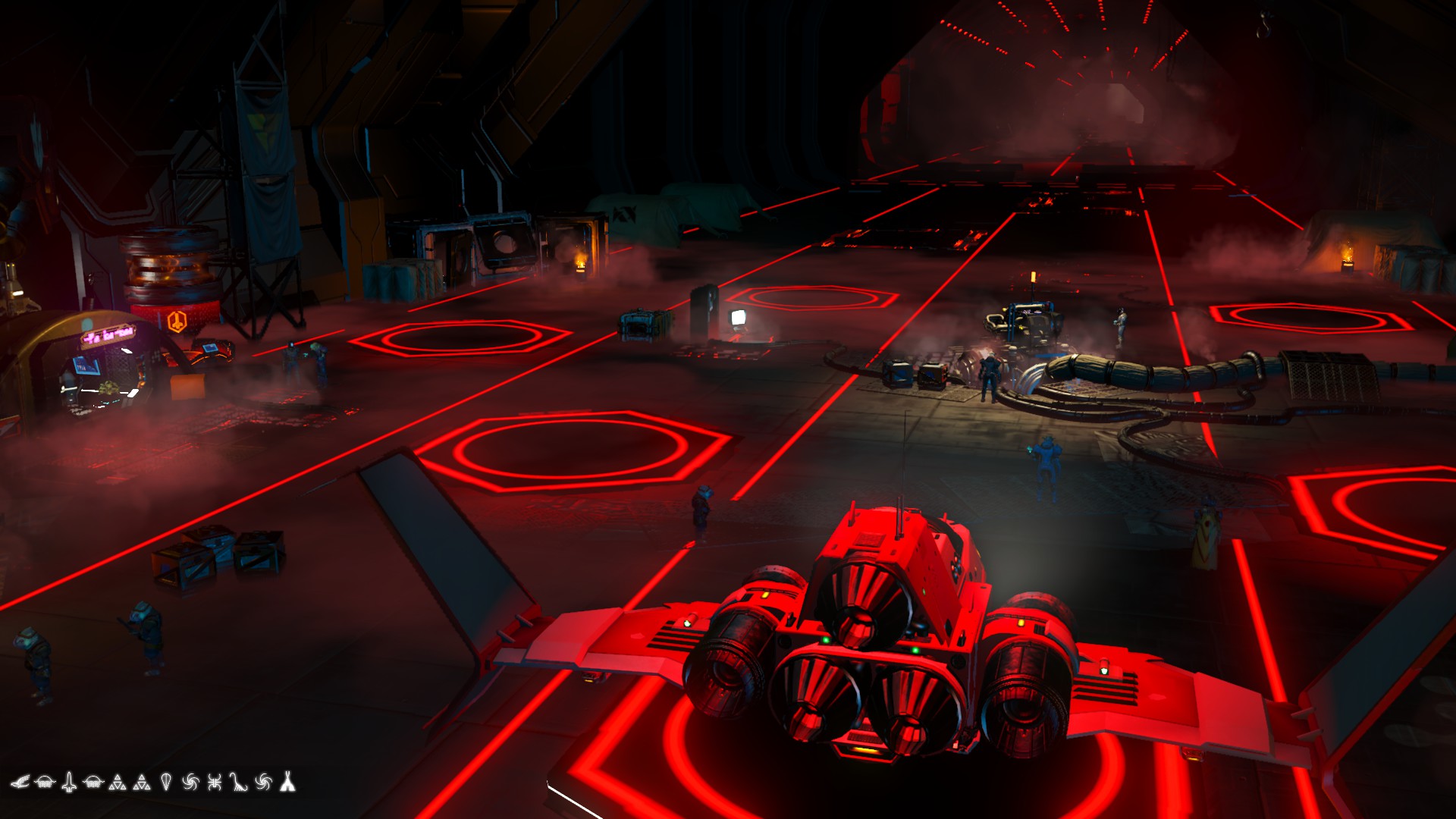 On the subject of engaging visuals, I have to say that the newly added solar ships are some of the coolest spacecraft ever introduced to the game. The solar sails deploying look absolutely rad, and the ships have this lean, swift, sharp aesthetic to them, like a mixture of modern contemporary design, ’50s-era American vehicle decorative bits, and ’70s-like coloration and shapes. These craft stand out for all of the right reasons. They’re garish in the best possible way.

The outlaw life also had its own little introductory quest, which honestly was very much like the base game’s introduction, but it’s also a little more interesting in terms of its messaging. Also, by the end of it, my character got to sport a sweet hood. So already the pirate’s life was rewarding.

And that’s before I even started to do the criminal-leaning stuff. There are bounties that can be taken up not unlike the daily missions that can be found at regular stations, but these can be either more combat oriented (raiding a freighter for its goods) or sneaky (smuggling contraband from an outlaw system to a policed one). Both of these kinds of missions are pretty basic, but they also felt so new and much more fun, even if they ended up on the easier side. I wasn’t really looking to test my mettle anyway; I just wanted to be a criminal for a little bit. Not only was it fun, but it was extremely lucrative. If the point of NMS is to get rich quick, smuggling 100% feels like the fastest path to that goal, without question. 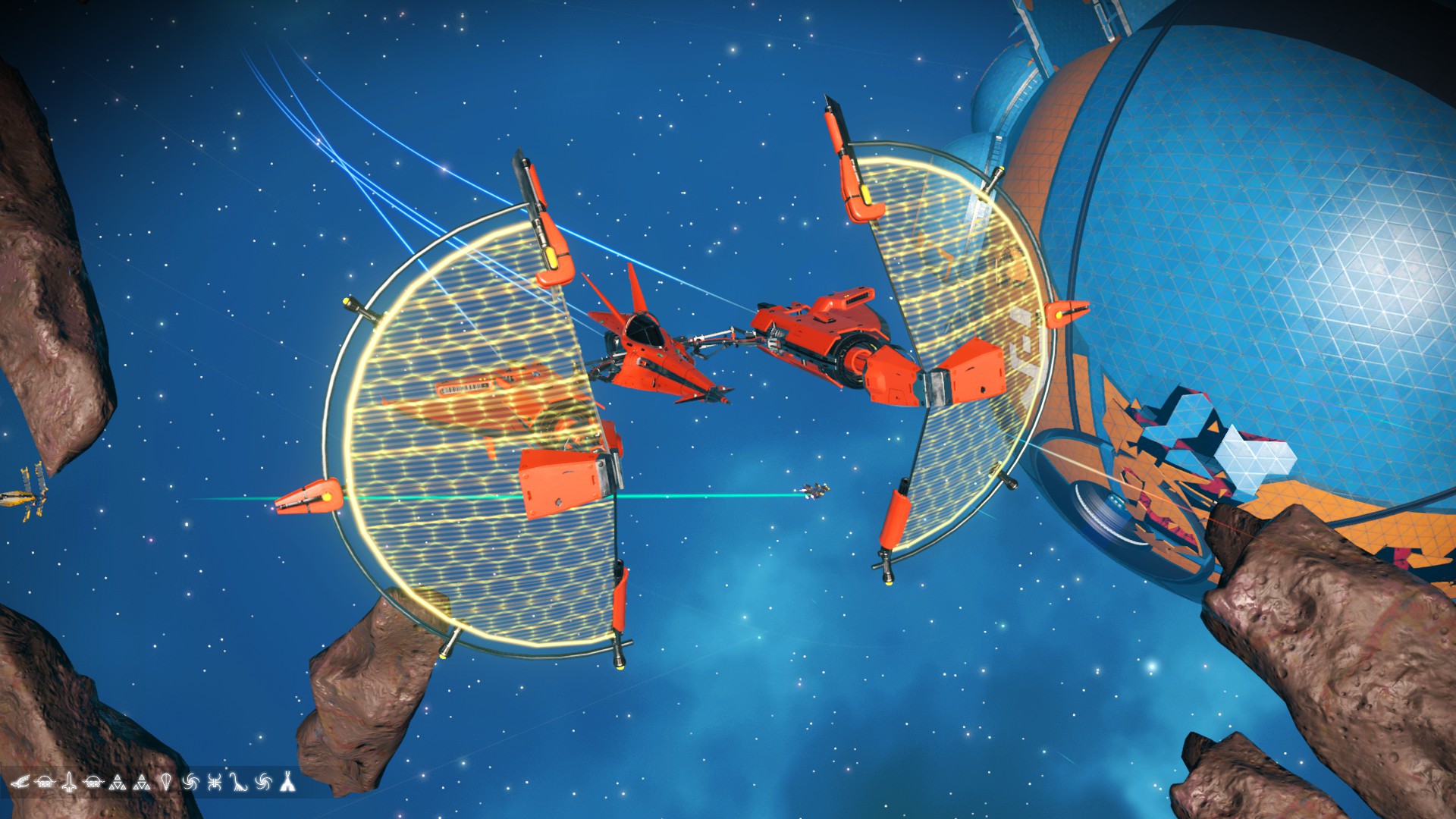 Honestly, criminal stuff seemed to go not much deeper than that, but then I was being introduced to the wealth of other things I could do as I went along. Sure, I could do the typical path I’d always followed, randomly aiming my ship’s nose in a system’s direction, checking out random planets for neat vistas, and repeating ad nauseam, but then I ran into a space fight that felt fun to join in on, or I visited the Anomaly to people watch and considered doing multiplayer missions, or I snagged myself a freighter and started recruiting wingmen to build a squadron, or I began overseeing some run down Gek settlement.

And that’s not even considering doing other things like collecting ships, planning out lucrative space trucking routes, or trying to find rare items. Maybe I’ll want to get a living ship. Maybe I’ll test my mettle in combat against the new Sentinel enemies. Heck, maybe I’ll even work up a level of give-a-damn to actually follow the ATLAS, the Entity, or the galactic core for once since I’ve never completed that, either. And, naturally, I’ll want to build a base; maybe I’ll make a moon base to grow some illegal drugs and sell those for some quick cash.

Basically what I’m saying is that I have a wealth of options here. More than any other space sandbox that I’ve played up to this point. No Man’s Sky has so much going for it, and it’s been hiding in plain sight, sitting right under my nose, waiting for me to just double-click its desktop icon to finally experience all that it has to offer. 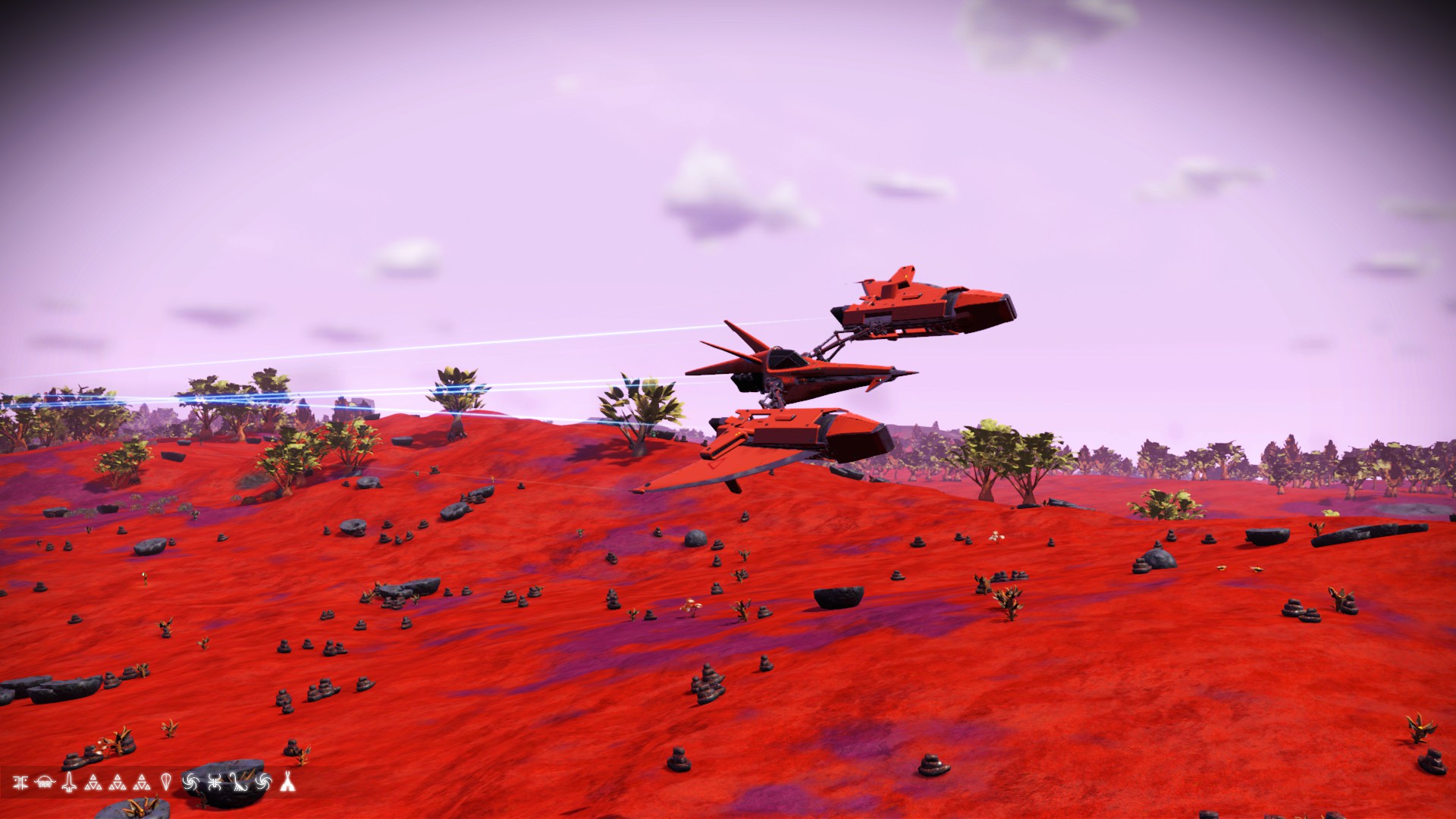 I suppose it’s better late than never, and maybe there will be a point when the honeymoon period wears off and I’ll go back to being aimless and disinterested in the game again. But right now, both the Outlaws update and everything that’s come to No Man’s Sky to this point has been the answer I’ve sought. Even if it’s not an apples to apples comparison to other titles I’ve loved, this right now feels like the space sandbox game I’ve always wanted.