When you think of MMORPGs, I wouldn’t blame you if your mind stayed rooted firmly in the past decade or so, perhaps taking a brief vacation to 1997 before returning to today’s 3-D polygonal glory. But it’s not like people just woke up in the late 90’s, looked at each other, and said, “Hmm. Online multiplayer RPGs. Let’s make it happen!”

On the contrary, history had been building up to that moment for quite some time. Tabletop RPGs and computer MUDs (multi-user dungeons) were both important ancestors of modern MMOs, just as was a mostly forgotten piece of software lore: the bulletin board system, also known as the BBS.

In layman’s terms, BBSes were like pocket internets — host computers that allowed anyone to dial up and use special programs remotely. While BBSes weren’t (initially) tied together like the world wide web, they featured a lot of the elements that would make the world wide web so popular, such as email, forums, and, yes, online games.

Today’s special Game Archaeologist will take a brief look at the history of the BBS, as well as a couple of its games that could be considered “MORPGs” (the “massively” part would be a while in coming). Dial up, gentle readers, and make your hissing modem noises! 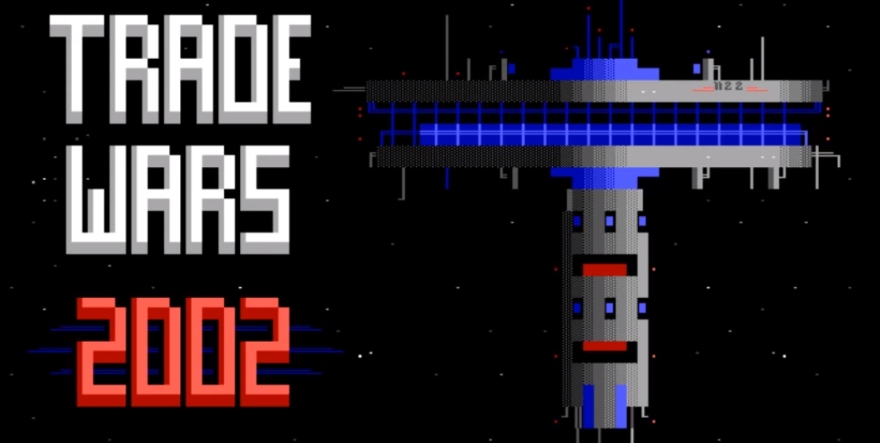 It was 1978, and one of the harshest blizzards Chicago ever witnessed slammed the city with up to 60 inches of snow. As the residents found themselves immobilized for weeks, Ward Christensen, an employee of IBM, decided to put his downtime to good use. The software equivalent of MacGuyver, Christensen was renowned for creating programs to do whatever he needed at the moment. In less than four weeks, Christensen and his friend Randy Suess created a “CBBS” — computerized bulletin board system — from scratch. This first BBS went online on February 16th with a meager setup: a S-100 computer with 64k RAM, two single-sided 8″ diskettes, and a 300-baud modem.

The idea behind the CBBS was to allow friends and organized groups to dial into a computer using a modem and leave messages or announcements for others to read at a later date. Initially, it was anything but massive. Only one person could call in at a time, usually at very slow upload/download speeds. Still, it became very popular,: The initial BBS received over 250,000 calls on its single phone line over the course of its life. Because of this invention, Christensen received multiple awards as a pioneer of the industry.

As the ’80s rolled along, technology advanced to the point where multiple people could log onto a BBS at the same time. Also, thanks to faster modems, the speed of data transfer allowed for more sophisticated programs. Hundreds of dedicated hobbyists known as sysops (systems operators) set up BBS servers and customized them with the hottest games and utilities of the day. The BBS peaked between 1994 and 1996 — right as the world wide web became prolific — and rapidly fell from view afterward. Still, for the better part of two decades, BBSes were the way for gamers, hackers, and hobbyists to connect, partially leading to the rise of multiplayer RPGs.

One of the reasons BBSes were such a success is that computer users finally had a place to not only experience content, but discuss it at the same time. While internet forums have their good days and many, many bad ones, this staple of online life rose to prominence in BBSes. And what better to talk about on a BBS message board than the BBS game you and your friends were playing?

Of course, the slow transfer speeds kept BBSes strictly limited to ASCII and ANSI characters, which meant that any games (called “door games”) would look ancient compared to Nintendo and mainstream computer games. Additionally, the fact that a BBS would typically only use one phone line (and could only have one caller at a time) forced any multiplayer game to be asynchronous by design.

Despite these limitations, programmers put on their creative caps and came up with innovative solutions that allowed multiple people to exist in the same virtual game world, playing with and competing against each other. RPG door games weren’t all MUDs (although those existed on BBSes); many often contained their own special brand of gameplay that emphasized solo exploration, cooperative activities, and even rudimentary PvP struggles.

Legend of the Red Dragon

It’s a tale as old as RPGs themselves: There’s a bad dragon, he needs to die, and you’re the one stupid enough to confront him. In Legend of the Red Dragon (LORD), BBS gamers became fascinated with many of the same facets of MMOs that we appreciate today, such as exploring a challenging fantasy world, leveling up, conversing with NPCs, acquiring loot, and eventually taking on the big bad boss.

Players in the game were limited to a certain number of turns per day so that they wouldn’t hog the game 24/7. These turns could be used to perform a variety of activities, from adventuring to seducing the locals.

Released in 1989, LORD quickly became one of the most popular door games on various BBSes. Created by teenage Seth Able Robinson as a way to attract users to his BBS, other sysops discovered LORD and paid to host copies of it on their boards as well.

LORD grew over the years to provide a surprisingly deep roleplay experience, especially with its romantic simulator (characters could flirt, get married, contract STDs, get divorced, and have kids). The Escapist stated in 2008 that LORD seemed ahead of its time, especially in its treatment of sexuality.

Another feature of LORD is one that modern-day MMO developers have brought back: random daily events. Robinson also designed the game to be expandable via in-game modules that players or sysops could design and program.

A sequel, Legend of the Red Dragon II: New World, was released in 1992. 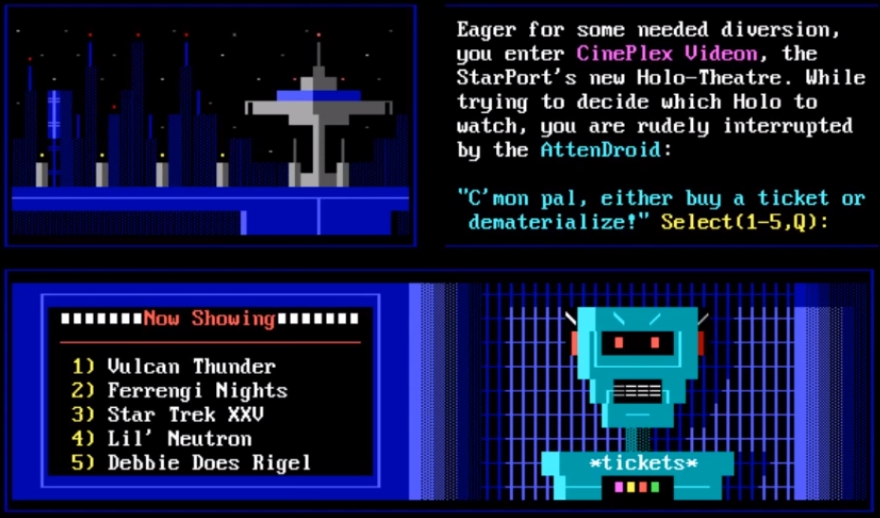 The best way to describe TradeWars is, as Andrew from Of Teeth and Claws put it, “an extremely early version of EVE Online.” Created in 1984, the game went through a number of iterations, eventually turning into TradeWars 2002 by the early ’90s. At this point, the title had become a true phenomenon and a mainstay of many boards.

Trade \Wars was set in a generic Star Trek-like galaxy where players would zip around in their ships to different systems looking to engage in fair (or not) business practices. Usually this involved buying low and selling high, although combat and spirited PvP was always a possibility. Over time, profits could be reinvested into a better ship and equipment — yup, pretty much like EVE.

While Trade Wars may not, at first glance, be considered an MMO of any sort, the fact that it took place in a persistent world, allowed for continual personal advancement, and pitted several players against each other certainly earned it a spot in the Hall of MMO Ancestors.

If you were looking for post-apocalyptic adventure, then Barren Realms Elite was your fix years before Fallout hit the scene. Up to 25 players would enter and explore a wasteland, each seeking to expand his or her barony to become the dominant realm.

Obviously, this was less of a single-character role-playing game and more of a nation simulator. One interesting feature is that BRE could connect between bulletin board systems to offer leagues that grew the game’s scope and population exponentially.

This generic-sounding title was actually somewhat of a pioneer in the BBS scene. Coming out in 1997 (the same year as Ultima Online), Dungeon Master allowed for true real-time multiplayer adventures through ASCII and 3-D fantasy environments.

Even more interesting was the ability for players to create their own dungeons and game modules for others to play. Characters would travel through a dangerous world dealing with curses, insanity, physical ailments, and packs of creatures. The creator emphasized the game’s more visual nature that helped to bring the title alive.