END_OF_DOCUMENT_TOKEN_TO_BE_REPLACED
While player capsuleers are undoubtedly the most powerful force in EVE Online, there are some pretty scary NPCs lurking in the depths of space. One of those threats has just been unearthed throughout New Eden with the discovery of The Triglavian Collective, an ancient and twisted offshoot of the human race found in tiny pockets of space cut off from the rest of the universe. EVE Online players will soon be able to invade these pockets of Abyssal Deadspace and face the collective in the upcoming “Into the Abyss” expansion coming on May 29th.

At EVE Fanfest 2018, CCP revealed a huge set of interconnected new features revolving around ancient Triglavian ships and Abyssal Deadspace pockets. Players will hunt through these bizarre new environments filled with unpredictable dangers that get more challenging the further you go, and with increased challenge comes some incredible rewards. You’ll find blueprints for powerful Triglavian ships, an incredible new weapon system ominously named the Entropic Disintegrator, and organic mutaplasmids that can transform your existing modules into powerful Abyssal versions.

Read on to find out who the Triglavian Collective are, what the deal is with Abyssal Deadspace, and why the “Into The Abyss” expansion could be incredible for solo PvE players.

Where did the Triglavians come from?

The story of the Triglavian Collective ultimately has its roots in the curious tale of Caroline’s Star back in 2014, when it became clear that a cataclysmic event had happened in a nearby region of the galaxy not connected to the EVE stargate network. Ancient Jovian structures began decloaking all across the game, and strange unidentified wormholes opened in the same star systems. New Sleeper AI ships called Circadian Seekers began roaming the game and exhibiting odd behaviour, scanning everything from stargates and player ships to escape pods and the new Jovian structures.

The story took a dark twist in 2015 when it was found that the Sleepers were harvesting player corpses to rebuild their bodies, and they started roaming the galaxy in powerful Drifter ships equipped with anti-capital superweapons. The drifter storyline came to a head recently when evidence was uncovered by players that an even more powerful force was battling the Drifters in some unknown location — and winning. This deadly foe was was shown using what appeared to be a contained quantum singularity as part of its ship, and a heavily damaged version of one of their ships was recently captured by a DED agent and quarantined in Yulai. We now know that this ship belongs to The Triglavian Collective.

Is Abyssal Deadspace a PvE instance?

So where did that damaged Triglavian ship come from, and where were the fleets of damaged drifter ships retreating from? The answer is Abyssal Deadspace, a new type of previously undetected deadspace pocket that exists underneath the space of New Eden. Unlike normal deadspace areas that simply disrupt warp drives, these new Abyssal Deadspace pockets are more like little bubble universes connected to normal space via small spatial filaments and to each other through crazy-looking triangular stargates.

Each filament will only let one player through, an only in a cruiser sized hull. The pocket will also collapse after a certain length of time, throwing the player back into normal space at the point they entered. This essentially makes Abyssal Deadspace function like a solo PvE instance, something EVE Online has never had as it runs counter to the open-world sandbox design. The game will counteract this by spawning a beacon in space where you entered the filament so that enemy pirates in lowsec or nullsec could just camp outside and wait for it to spit you back out.

These huge and visually stunning areas of space are full of harsh environmental limitations to overcome, challenges to test your skill, and new Triglavian NPCs to demolish. The level of difficulty gets higher the further into the Triglavian domain you travel, and you can’t just warp out to safety if something goes wrong. It will be up to you to decide how far you’ll venture into this twisted underspace before turning back or waiting for the pocket to collapse. The fact that this is specifically solo content and you can’t just beat it by bringing extra pilots along will also make Abyssal Deadspace a totally unique form of PvE gameplay.

The lowest difficulty areas should be within reach of new players in tech 1 cruisers, and the content should be unpredictable enough to keep the upper end gameplay challenging even for veteran players. We’ve been assured that players won’t be able to safely log off inside Abyssal Deadspace, can’t refit using a Mobile Depot, and can’t exit the area except through the original filament. We’ve also heard that these sites are limited to tech 1 and faction cruisers, though more detailed information will be forthcoming today at Fanfest.

The main prize from exploring Abyssal Deadspace will be the skillbooks and blueprints needed to build and fly our very own Triglavian ships. There’s a frigate, a cruiser, and a battleship to get your hands on, and all of them have insane armour hitpoints and a ton of utility high slots. These powerful new ships will also come with an entirely new weapon type called Entropic Disintegrators that steadily increase in damage over time as they attack the same target. These weapons function like turrets for the purposes of tracking but have no falloff distance and will reset their damage if the enemy leaves optimal range.

The other exciting new loot to find in Triglavian space is mutaplasmids, organic tech mutators that can be used to transform certain ship modules into modified Abyssal versions. Abyssal modules will have some of their stats rerolled at random within a certain range, with the potential to either buff the module into the stratosphere or completely brick it. This is similar to the random loot stat rolls of many other MMOs, and the chance at a perfect roll on a high end item is sure to keep mutaplasmids in extremely high demand in the long term. There is some worry that random stats will make the game more difficult to balance, though, and it may make it harder to guess the fit of an enemy ship in PvP. 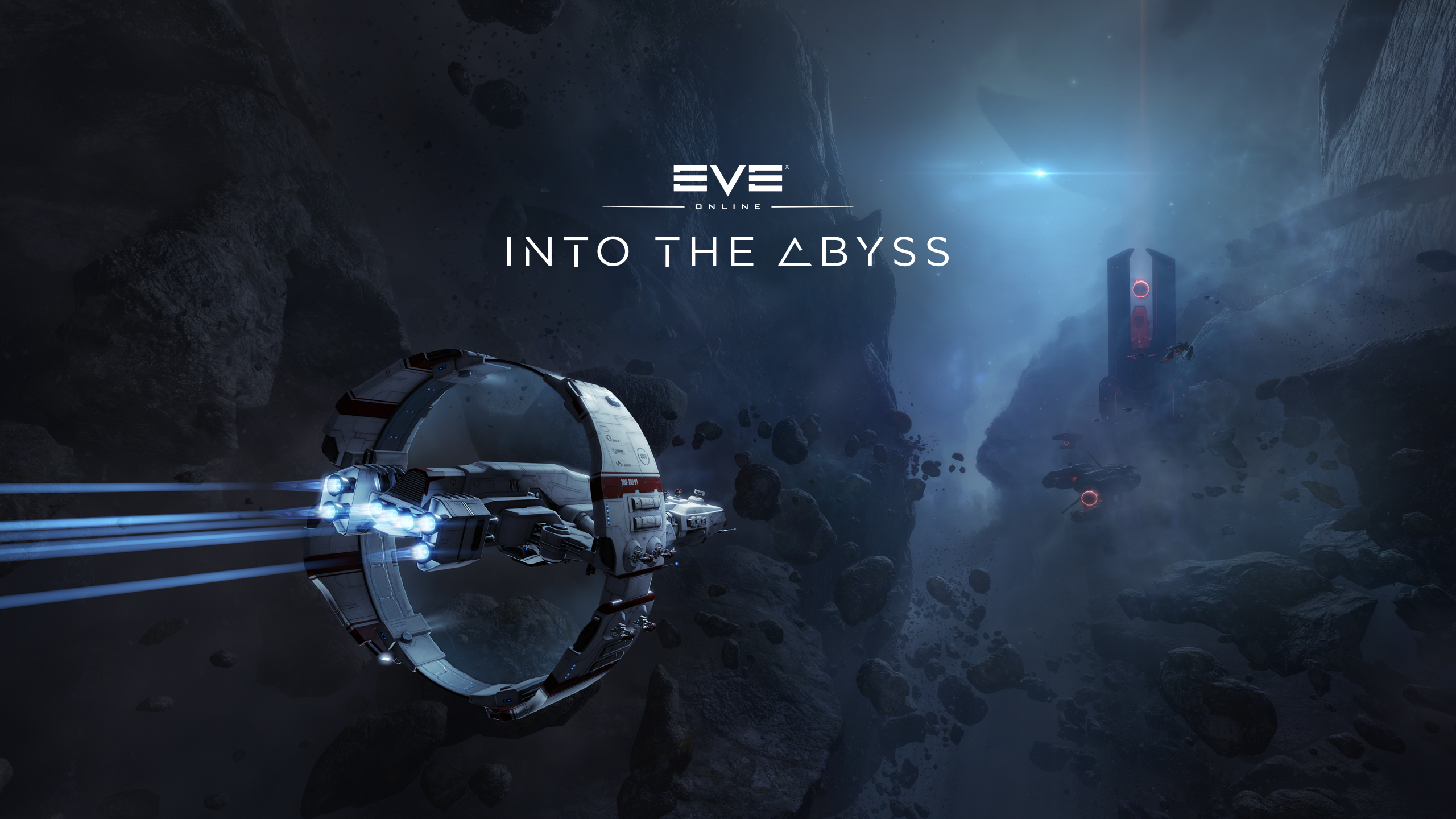 As if an entirely new solo PvE activity and a whole new itemisation system wasn’t enough for one expansion, Into The Abyss will also be overhauling the Planetary Interaction gameplay, continuing the Upwell structure rollout, and adding a new achievement-type interface that tracks everything you do throughout your EVE career. This new interface will also help show you areas of the game you haven’t tried yet, which should help new players with that “Now what?” moment everyone eventually gets soon after starting the game. More information is expected today at EVE Fanfest 2018, so stay tuned for more details of what is shaping up to be an awesome expansion.

Massively Overpowered is on the ground in Reykjavik, Iceland, for EVE Fanfest 2018, bringing you expert coverage from EVE Online and anything else CCP has up its sleeve!
Disclosure: In accordance with Massively OP’s ethics policy, we must disclose that CCP paid for our writer’s travel to and accommodation at this event. CCP has neither requested nor been granted any control or influence over our coverage of the event. I, for one, welcome our new Triglavian overlords!
Advertisement