Unless you’re a hardcore Darkfall player from way back in the day as MOP’s Andrew was, you probably look at the sequels and spinoffs with pure confusion. What’s the difference between Darkfall, Darkfall: Rise of Agon, and Darkfall: New Dawn? That’s at least partly the subject of a new infographic out from the New Dawn team. For starters, you can’t actually play the original Darkfall. After launching in 2009, rebooting amidst much controversy as Unholy Wars in 2012, and toying with plans for a more classic reboot, its dev team abruptly vanished without much of a goodbye in 2016, saying it hoped the service disruption would be temporary. It wasn’t. Aventurine wound up licensing the game out to two different player-led studios, which separately put together their own takes on the game to keep it alive.

New Dawn, as the infographic touts, focuses more on group PvP than the original, with less grind and griefing and a more realistic economy and trade, as well as combat that’s less “ping-dependent.” Its most recent dev blog talked up improving PvE and soloability. Rise of Agon, on the other hand, boasts housing, no safe zones, twitchy combat, large-scale warfare, and a heavier crafting focus; it just got an update to PvP. Both spinoffs harken back to the original Darkfall more than to Unholy Wars, and both games are in a launch state.

Worth noting here is that the subreddit for the Darkfall universe is batshit crazy fun. Fans of each spinoff appear to be at war with each other, each claiming the other is dying/dead and posting development videos to bolster the home team. For example, here’s a wild and unfounded claim that ROA is filing bankruptcy, sharply rebutted by a dev. And here’s a rumor that somebody is building Darkfall 2. This stuff makes the EVE Online sub look stable and well-adjusted!

There are some intriguing bits, however, from former Aventurine developers Icy and Axilmar, who resurfaced on Reddit this past weekend saying their NDAs had finally dropped and bringing the shade.

Axilmar says there were around 2000 players playing by the time of what we assume was Unholy Wars’ first anniversary, having peaked at 7000, collapsing to 1000 within three months. “Although 2 years and more have passed since I quit Av, I can’t help stop thinking what a missed opportunity Darkfall was,” he writes.

“I also cannot understand, even to this day, the complete lack of interest and involvement of management, not only in the game, but generally in the company. It’s one thing to not believe in the main product of your company, but it is another thing to be totally absent from your company’s proceedings. Management’s foul moves were so many, and so amazing. It had been a traumatizing experience for me, at least. From a business point of view, I should have left right after we stopped being paid (which was my 2nd month anyway). But due to my love for video games, I stayed.

“I don’t have the exact numbers, but after the change in which classes were removed, May 2014 if I recall, the number of accounts for DFUW peaked at almost 7000. Then it was downhill, in 3 months, from May to September, where accounts reached about 1000. Then me, and Esprit, took over (Icy helped), managed to reach 2k accounts at September 2015, despite all the huge obstacles from all levels in the company. But then the management decided not to give us any money, despite the overwelming success for the cash shop which brought quite a few dollars in (it was my idea to put non-competition-related resources, such as house decorations, to the cash shop). At that point, my cash was running dry, and I couldn’t feed my family any longer, so I had no other option than to quit. After a few months, and while Esprit also moved on, accounts were around down to 200.”

Axilmar further debunks the popular rumor from 2016 that Greece’s austerity measures had anything to do with the dwindling game. “The management didn’t care because what they wanted was fast and easy cash. Since it wasn’t possible to do this with this game, they didn’t care,” he claims.

Icy, on the other hand, pins some of the blame on the Asian launch, which was doomed to fail, but he says the actual studio environment was lovely. “For whats worth, I still consider AV my best work experience so far. Everyone in AV was super friendly and nice, bosses included. It was really a family atmosphere. If money wasn’t the issue, I don’t think anyone would quit,” he explains. “I can’t blame Tasos [Flambouras] for the failure of the project. He just did what he thought was right in a tough situation. But yeah, quitting after trying to motivate your employees was a really bad move in my opinion. Then again, he had a family so I can somewhat justify it.”

But he does agree with Axilmar that the executive management was an issue: “AV definitely caused damage to many of our friends there. And not just financially. As for the absence of the board, we both remember the shit excuses we got every week. The cherry on the top of the cake was the ‘realistic roadmap’. This totally created a huge toxic atmosphere in the community and rightfully so.” To this day, he adds, “AV is in HUUUGE debt to the government, employees, banks etc.” 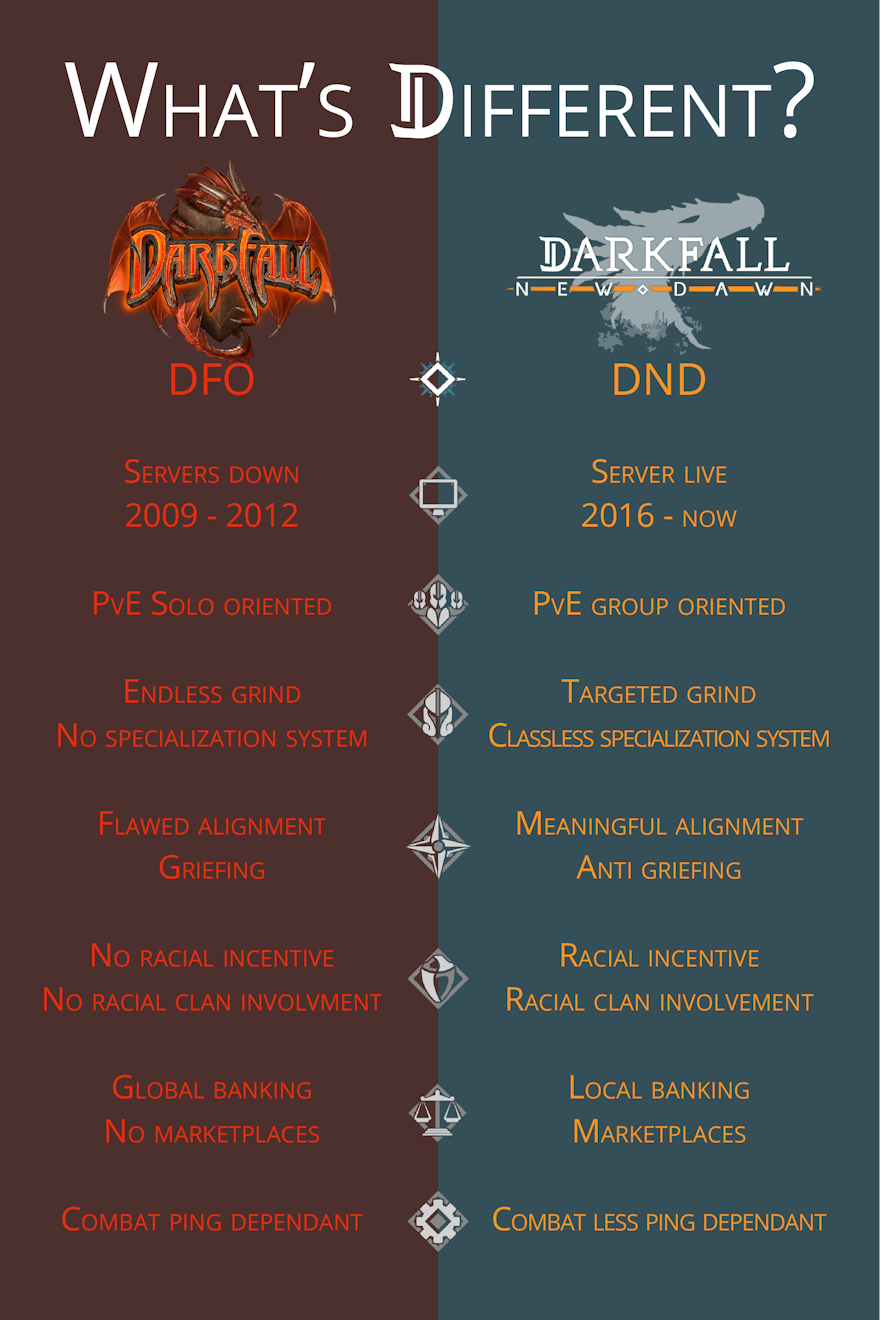 Sad story. I think they didn’t care about the game that much because they were making more money with EU funded research programs with universities and some for defense contractors. The Wiki page doesn’t mention it, but you could find it at their company page.

I didn’t link the page because it seems like it’s been taken over by some kind of online casino organization :/

Axilmar further debunks the popular rumor from 2016 that Greece’s austerity measures had anything to do with the dwindling game.

Did he debunk it, or just disagree with it? Was the “debunker” really high up to know about the company and it finances? Perhaps literally he is correct; it was not Grecian austerity but EU’s decision to reduce the subsidies to Greece.

When I read the news today that Darkfall: Unholy Wars would not as announced launch today, but that it would be postponed to January, I couldn’t help but think “January of what year?”. If Darkfall didn’t exist, somebody would need to invent it just to serve as a bad example for the industry; the game has been such a consistent failure over all its history. No wonder Greece and Europe are in such financial troubles if Aventurine is an example of where they spend taxpayers’ money on. If it wasn’t propped up by public money, the company would have been broke for years.

Following the link to https://en.wikipedia.org/wiki/Aventurine_SA#Research shows five research grants to the company.

Occam’s Razor leads me to believe the cessation of the EU taxpayer’s money lead to the same grave as when Rhode Island taxpayers stopped.

The game lost 85% of its subs in three months – I’m not sure subsidies were the root cause of the death of the game. Point taken, however.

I have no idea if the project was funded indirectly by the government, but it seems to me highly unlikely, because it’s been over 8 years from 2001 to release year that Aventurine was developing Darkfall, and it’s too long a period to have been funded only through research funds.

Even if so, I am 100% the expenses of the company during the development of UW were far greater than the gross profit it made from the game.

I got into the beta for this game pretty early on and saw it was basically Shadowbane 2.0 and just dropped it like a bad habit. Was doomed to fail from the get go and everyone knew it. Only thing to be enjoyed out of Darkfall was the initial release of people, have fun murdering each other for a month or two, then move on as the population dwindled.

Hard to get a quality PvP game.

Wasn’t Darkfall that horribly ugly PVP game where your character’s lower half would be facing one way while your upper half of your body would be swinging at other people the other way. Looked like your character’s back was broken at their hips. Oh and the development company would actively verbally attack anybody that said anything about their games in the forums.

Or… was that another game?

First part’s right. I don’t remember the devs verbally attacking anyone though. It was ugly, but it was fun as heck, and I think the fact that it spawned 2 licensed fan spin-offs says something about how much potential the game truly had.

The Elder Scrolls Online characters can now be found in the...