This article is part two of a four-piece series on safety in Pokemon Go as well as other Niantic games. You can read all four pieces right here.
In the first part of this three-part series on stalking and harassment in Pokemon Go, I discussed how my Pokemon GO stalker has managed to stay entirely anonymous, which makes it harder for me to escape him. In all my many interactions with Niantic’s support team, customer service has repeatedly stated it could tell me nothing about what, if anything, it had done to protect me in this ongoing situation, specifically because of its obligations to the privacy of my stalker.

It would have been nice to hear that this person had been identified by the company, warned about or disciplined for his abusive behavior, or notified of any potential in-game rules or real-life laws that had been broken. But I’ve since learned that Niantic doesn’t even track the relevant data or obscures it for initially legitimate purposes. Niantic takes a lot of data from you, and though it doesn’t sell individualized data, it sells our anonymized data in bulk to partners. Personal information that is public in the game still enables stalking, but the company offers no practical assistance once that stalking has begun.

Rounding up sheep and enabling wolves

As a result of the stalking situation, I eventually relented and accepted a name change from Niantic support, as described in my guide to dealing with this type of harassment. I didn’t want to do this because I was concerned the stalker could then take my name and possibly impersonate me, which isn’t out of the realm of possibility as I have a pretty good reputation in my community – it isn’t uncommon for me to take a gym and have people approach me to chat, especially people who know me and are playing in the area via car.

But Niantic told me that names could not be taken by other players, only reclaimed by me. In fact, Niantic’s own help page said throughout my ordeal that reverting your name is possible, in bolded text. The “an” even implies that you can choose from among multiple previous user names, making it seem like name changes could be used as a good tool to make a stalker less sure of who his target may be.

To note, aside from contacting the police and changing my trainer name, support reps never offered me any advice on dealing with the stalker using their game to harass me – not even practical advice such as “leave the area if you feel unsafe,” “change your daily gameplay habits,” “do not immediately return home if you believe you are being followed,” or any other advice you might get (good or bad) from a basic Google search.

I understand the legal implications at play here, but if your game is going to ask people to fight over a maximum of 50¢ a day, and from previous games you know it causes meat-space conflicts, going forward with stalker-enabling features probably means your support team should have some kind of de-escalation or problem-solving advice to protect your players.

Against my better judgment, and after week of getting conflicting answers about the process, I accepted that name change. However, this was only because I thought I could revert my name once the problem was solved and because I was told that I could use the in-app setting option for the name change, and that support could help me if I needed further assistance. This will be important later. 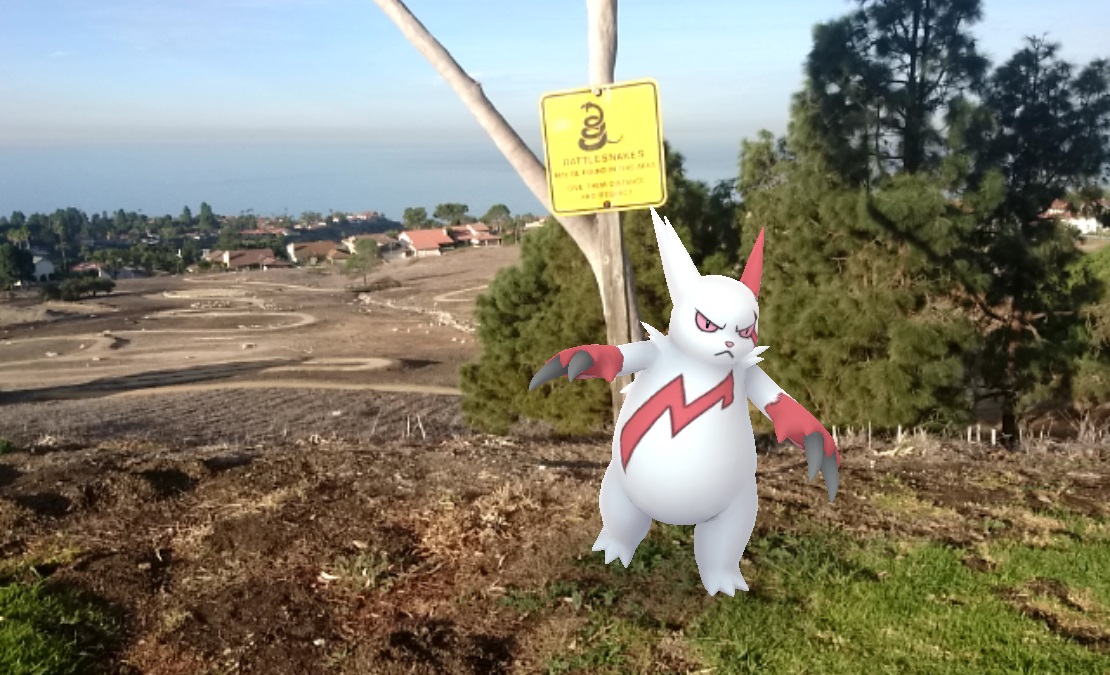 I was safe for nearly a week, and the things I changed were maybe even more extreme than what I outlined in my safety guide. For example, not only did I change where and when I played the game, I also changed how I played. Despite it being one of my favorite activities, I practically stopped fighting at gyms and only dropped off if there was space. I put in poor defenders. I actively chose pokemon I had not used even for kicks under my old player name. I participated less in in-game events, or at least played solo and anonymously. I had changed things up enough that while I was certain the stalker had tried to target me once or twice the previous week, he also was lashing out at any unfamiliar player that potentially could have been me. The game lost a lot of its appeal, but at least I was safe.

Or I was, until I was clearly was spotted in real life while playing in an old spot while running errands. On this one day, the stalking immediately started up again, in real-time while I was on foot doing errands. While I did not physically see who it was, the same signals he’d used to previously show me he was following me appeared in real-time. (My stalker used gyms for targeted harassment via non-standard play, using the base Pokemon GO game to send a message noticeable enough that neighbors have told me when they see the shaving and gym-color change and asked if I was OK.)

I reported the situation to Niantic once again and went to the local security station. Nothing was done that day. Niantic, as always, said nothing for hours despite my attempts to document as much as I could in case something happened before I could get to the security station.

When Niantic anemically replied that it “can’t do anything,” I asked about the potential of changing my name again. Initially, it was denied, despite my frantic, detailed texts. However, figuring it was like most customer service in America, I simply resubmitted the ticket in the hopes that a different customer service agent would do it. And within Niantic’s ranks, I did successfully find someone who understood that my name change request wasn’t for fun but for safety – but the representative forced the name change on me without following one step of the safety guide above. 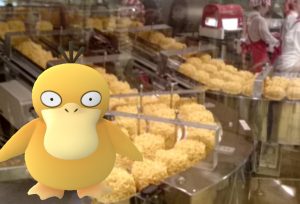 Niantic employees should know that being in a gym is 100% not the time to do a name change. Any player seeing your character in a gym can see the old name change to the new one, either in real-time or during/after a battle. I specifically tested this on multiple occasions across multiple name changes with a friend and confirmed it. Changing my name the second time, while I had been in a gym, had zero effect on helping me regain any sense of privacy.

I complained to Niantic about the “new” way it went about “granting” the name change and it denied the ability to let me change my name at will. I kept in contact with support daily for 18 days. On that 18th day, Niantic did grant me another name change but made the same, critical error. So once again, I made my complaint, only for support to again force a name change on me while I was in the middle of playing – which only made the stalker look for me more frequently throughout the day.

This wasn’t one or two support members. It is team-wide. I even gave customer service reps large windows of opportunity with which they could do the name change, and they still essentially outed me in public, repeatedly. If my stalker were looking to physically harm me from the start, he would have been able to do it with minimal effort and retribution, largely thanks to support’s incompetence. It’s why I now keep self-defense items on my person, not just in my bag.

Effectively, what Niantic has done is created an appealing, accessible game for casual players, but since in-game currency can be earned only through territory wars, there’s an incentive to attack other players. Add to this mechanics-mismatch the fact that the same system can be used to find and track targets in real-life, which will not be dealt with by Niantic even if those malicious players threaten others, and the company has engendered an environment primed for not only toxic behavior but full-blown stalking. You could argue that Pikmin Bloom is better due to the lack of conflict, but its core gameplay mechanic, spreading flowers, enables real-time route creation, making stalking in that game infinitely easier.

At this point, it has become apparent that Niantic simply is unable and unwilling to do anything about meatspace problems originating from its games until things are bad enough that force law enforcement must act against the company. I’m grateful for the concern of some people in and outside my local community who have also shared stories about how they have dealt or are dealing with stalkers in Niantic games because they have helped me more than the studio has.

Because of this, I decided over a week ago that I’d revert my name in hopes that the stalker would just continue to target me and only me until he got bored or would escalate things enough that the police might act. Unfortunately, not only has Niantic once again made me fight for results, but the published results about name reverts which I requested are being denied and changed as I publicly questioned the company’s support team’s unwillingness to enforce its own policies – and I’ll address that further in the third and final installment of this series.