New expansions across the MMO sphere are prompting many of us to take up a part-time job as in-game photographers. And why not? Eye candy is part of the fun of this genre!

Reader Brooks sent in this cool action shot of Star Wars: The Old Republic: “Neither Skytroopers or the Knights of Zakuul can stop a Jedi Master from reaching her new friends as they wait aboard the Gravestone.”

There is no Dana, there is only Zakuul. What? I can’t be the first one to make that joke! 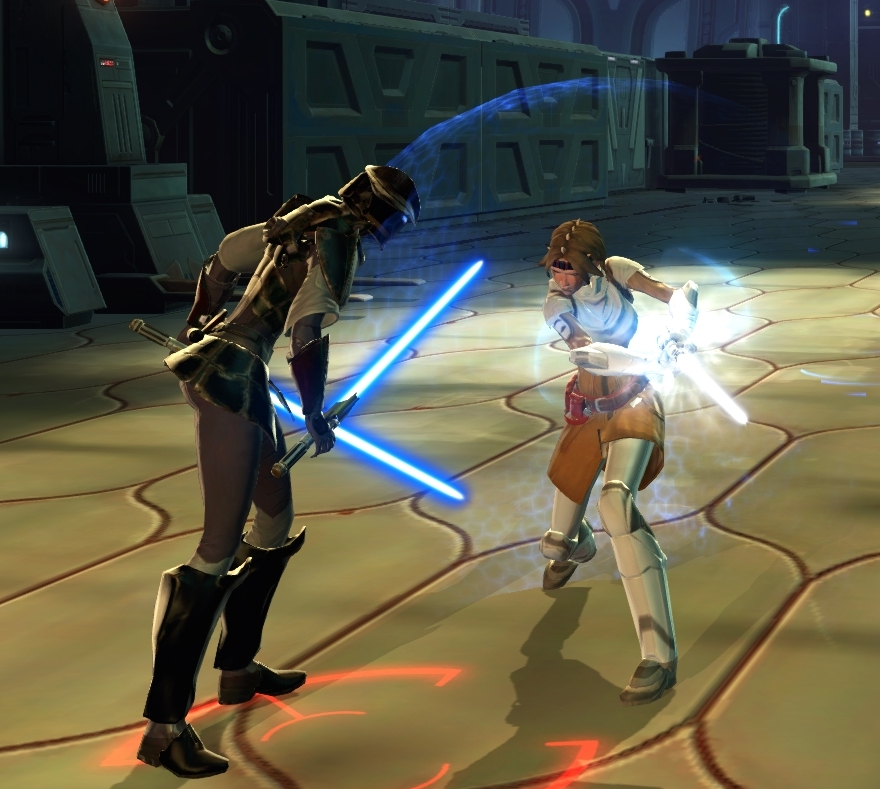 Oh man, anytime I see a Warhammer Online screenshot, I get a serious case of the feels. Long, weird history with that game, but it was important to me in so many ways.

So thanks to reader Zulika, who has this to share: “This pic is from the first time the evil players of Destruction invaded the righteous city of Altdorf on the Volkmar server in Warhammer Online. While I understood why they broke the door to our bank and stole our money, I am unsure as to why they would steal books — sure a few of them were bloggers, but I still doubt they could read. I stayed up as long as I could in an attempt to push
them out, but eventually I had to yield to life, the bane of my existence.” 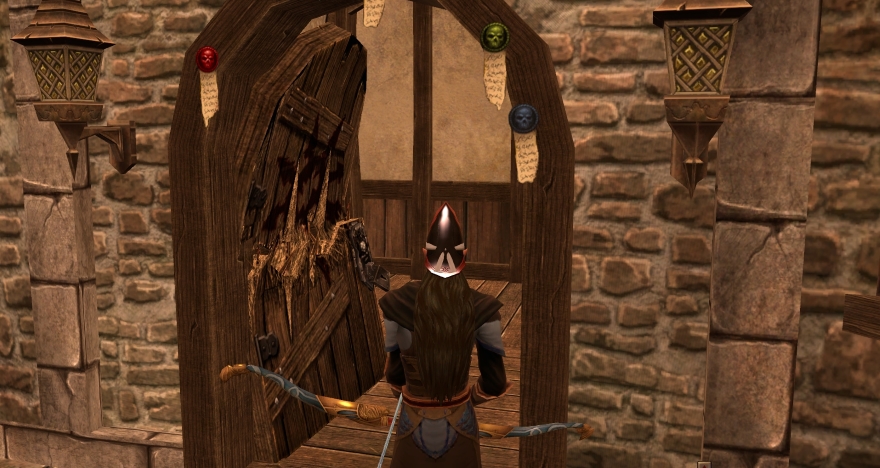 WildStar’s free-to-play update has caused not just a few players to look at the game with new eyes. Reader Lost Faith was really drawn into the game’s housing system: “This is Taqiyah Alhazred, Maitresse du Mort, on her way to her first house!” 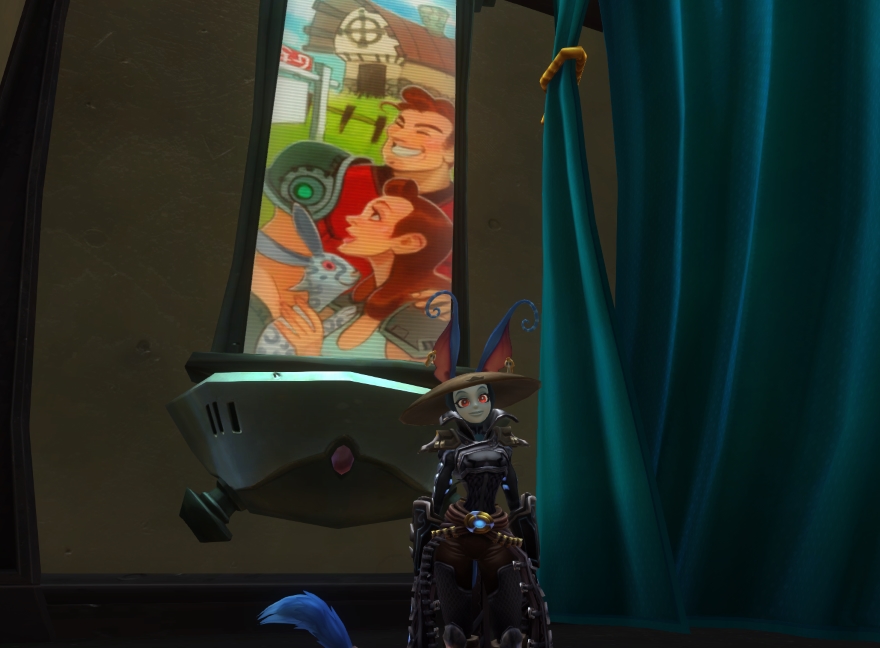 Reader Jason has grim work to do in Guild Wars 2: “Steamshovel is easier to find this week. As he finishes exploring the world before it expands he stops only when scenery is worth the stop. It sure would be cool if there was a hidden cave behind that water fall on the right. Surprise ending!” 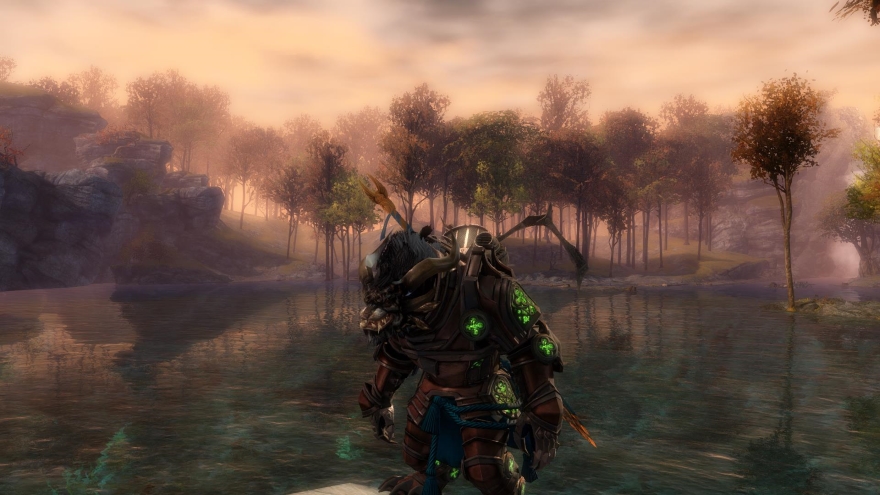 Every week it’s really tough to pick just one It Came from the Comments! winner. Usually it’s for a striking picture, but this week I’m going with a simple shot of a man smoking rings in Lord of the Rings Online and a rather touching testimony.

“I love this game,” DemonicPossession said. “It is amazing what happens when the industry moves on and gets even less like what one enjoys. LOTRO was passed over for years, now that everything is ‘action combat’ and ‘mindless journeys to cap.’ I’m so hooked.” 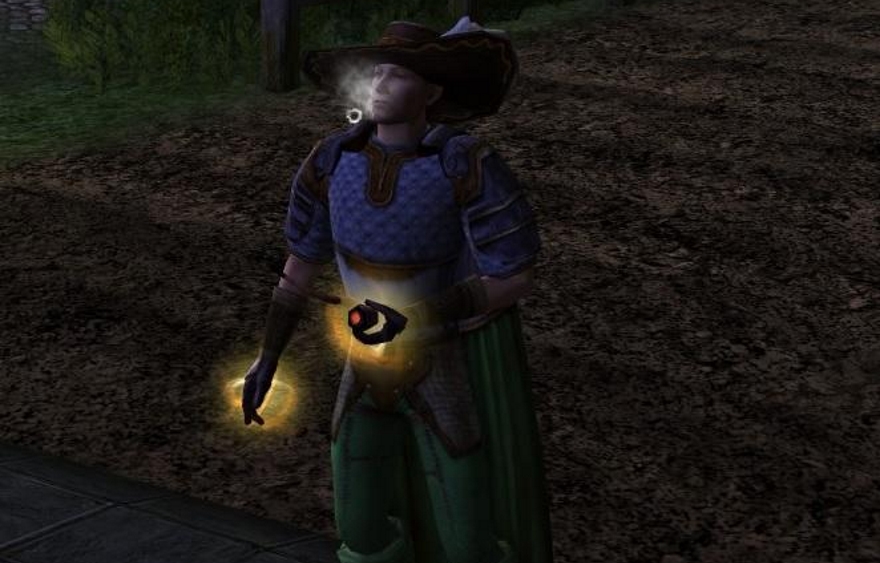 My screenshot challenge to you is to work along the theme of “light and darkness.” I’m sure you can do something with it!

DigitalQ Qarran   Yes, the crystal is from the Rak vendor.  The hilt is from the Cartel Rep vendors in the Bounty Hunting area on the fleet.  I can’t remember the name of the vendor right now but when I log in I will get it for you.

DigitalQ Qarran  Based on the coloring it appears to be from the Rakghoul event vendor.

Koshelkin ManastuUtakata
Well to be overly fussy…the mount is certainly from Vanilla. But the Goblin is from Cata, the bird is from WoD and the backdrop is from Wrath…with mobs punctuating both from both TBC and Vanilla. <3

I don’t want to set the world on fire *whistles*

…No time for MMOs:

ManastuUtakata Every time I see a WoW screenshot I’m amazed how good it holds up visually. The game is from 2004!

Gottphoenix What game is that?

The Daily Grind: What does the future of (World of) Warcraft look like?

Massively Overthinking: Doing crimes and getting punished in MMORPGs