Woah! WOA is back! It’s only fitting: Wings Over Atreia debuted when Aion launched as a new game, and now it is back for the launch of a new Aion. And let me tell you, it is new! A revival of the column is perfect for the revival of the game. The question is, will the latest expansion Awakened Legacy be a revival for the PvPvE title, or will it only be another painful NGE? Time will tell, but my very first impressions tell me it’s the latter. Luckily, we get to continue to explore the changes over time and can reevaluate as needed. Today’s article may be more about bringing up the questions then answering them all. Some, I may not be able to answer personally at all; we already know I just don’t seem to fit a typical gamer mold.

END_OF_DOCUMENT_TOKEN_TO_BE_REPLACED
Before it launched, I thought some of Awakened Legacy’s changes sounded optimistic to help Aion’s future. You can hear that positivity in this week’s podcast. A return of rifting? Right on! And then… I logged in. Woah, gut punch! You can hear things start to go down hill in my first look livestream on OPTV. But the full implications of it all kept seeping in until a rant boiled over. So here’s what I think after getting to log back into the new Atreia, a world I loved so much and the one that brought me here to MOP.

Gutted lands was a gut punch

Ouch. NCsoft definitely has the chance to redeem itself as I explore the changes in depth,  but right now, Awakened Legacy is a huge punch to my gut. The Atreia I knew definitely does not exist any more. My game that I loved so much for so long has been gutted. I mean, gutted! Most zones are gone, and so many dungeons are gone it’s unreal. The game as I knew it no longer exists. I knew some of those would be out, but could I fathom it would be practically everything?

The loss of so many of those gorgeous zones that had so many fond memories — I admit, it was a shock to my system. I’ve heard gamers (including me) say how they are sick of static worlds and want to see changes that happen and matter. Do we really? I don’t think I do. Because seeing that drastic change in Aion’s landscape just about killed my desire to come back. There was no desire to go play, I was mourning what was lost. I was even feeling such remorse for not having more screenshots and more videos of the lands. 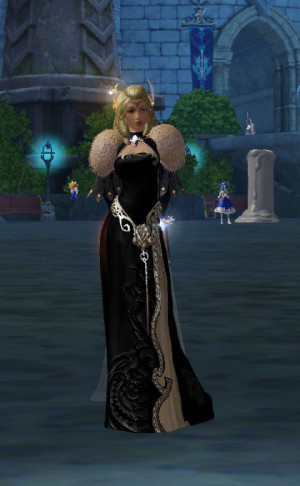 I should have suspected this: I didn’t like when I learned I couldn’t experience things that were now past in Guild Wars 2. In fact, it completely turned me off to the game as a player coming in later. I thought that maybe if I’d been there all along (or a long, long time), I ‘d have been excited for a game world that changes dynamically, like in a tabletop Dungeons & Dragons campaign. I guess there are just times when you can’t go back again. I think this Aion thing is showing me that no, no I do not want my MMOs to make those radical changes that I accept so readily in my offline campaigns. I have problems not being able to go back. It may be exciting to think that I could miss something, but it is unbearable when I actually do miss it!

Lands weren’t the only thing gutted in the update, either. Plenty of items were invalidated by the streamlining. Upon logging in you are greeted with a window showing all the invalid things in your bank and inventory and are offered the chance to sell them for cash. (By the way, this is an awesome mechanic to save you from having to deal with all the loose ends one by one.) Even seeing that screen of all those items was a small twinge in some respects, but at least it was a relief to not have to think about what to do with them. Sadly it seems items were missed in my account warehouse, and finding my inventory itself was now at 188 items but with only 117 slots has created a huge nightmare I don’t even want to deal with.

I’ve also lost a number of spells, the ability to wear some of my best armor — I’ve lost choice.

Aion NGE. Yes, I said it. Gaming veterans don’t have to have played Star Wars Galaxies to know what the dreaded NGE was. It was an attempt to change a game to appeal to a different style of player, hopefully more players. Boy, did it ever change the game — and not in many good ways. It feels like Aion has just had its very own NGE. Could it possibly be positive, a saving grace that bolsters the game and keeps it moving forward? Yes, possible. I was so unhappy about how SWG was destroyed, but some folks who came later liked it. And I will say that later on, things were brought in that helped make SWG better. That said, the NGE really hurt SWG. A key reason for that was stripping away choice.

DON’T REMOVE CHOICE FROM ME!

I hate that. I hate it. I hate it here, I hate it there, I hate it everywhere. I hate, hate, hate when games take away my ability to make choices for my character, especially choices I already had. It rubs me so incredible wrong that I was just about foaming at the mouth during my first-look stream. We already know that so many choices of zones and dungeons to go to (14 zones and 55, respectively!) were stripped out, but NCsoft also removed my ability to wear other armors of tiers below me. In my Cleric’s case, she is now forbidden from wearing cloth. This took away a special set of armor I used as my offensive power set, a set I worked long and hard for back when manastones and enchantments still blew up. Almost all my RP outfits are also gone.

So am I stuck using only cash shop outfits? Do I have anything in the way of compensation for losing my armor? Nope. Oh, but I guess I won’t be needing that power set: NCsoft also removed a number (most?) of my offensive spells, which feels like stripping me down to healer-bot mode only. I’d had the choice before to be a decent enough solo class, and now I am not sure I can play without a group. Even as someone who prefers to group, I find this changes my role in the groups I was used to playing with. Time will tell on this one.

Anytime you invalidate all the hard work of people, it will be a gut punch. All that time and energy that players put into things… wasted. I understand that moving on is growing pains, but where’s the line between growing pains you can move on from and being beaten to a pulp? At what point can players not recover from it?

You might be asking, why all the drastic changes? It’s all in the name of streamlining. The game is nine years old, so it’s understandable that some systems would be outdated, bloated, and in need of work. Some change is expected, and some change is obviously good. But this feels less streamlining and more like gutting to me. So much is gone… and for what? Oh, it is so much easier to get to max level now! Sigh. The emphasis seems to be on getting to max level and then starting the game. But the game was always in the journey for me. The game had story, flavor, so many beautiful areas. But those areas now gone, sacrificed in the name of streamlining. Where are all the stories from the destroyed lands? No matter, you can now skip that playing nonsense and just get to where the real action is at: endgame!

Now, I am sure there are many players who have stuck with Aion throughout who do only care about endgame. I mean, that’s where they are. But is that all there is to the game? Should that be all there is to the game?  Me, I don’t care one whit about getting to be top level (which, let’s be honest, is truly mostly a gear grind). Nope. Don’t. Care. Never have. And I am not the only gamer who feels this way. Don’t think this is anti-siege and PvP sentiment, either; I enjoyed those aspects quite a bit. But Aion had so much more to it than just sieges and end game PvP. Now, it feels like all that was stripped away. Even Reshanta and all those fortresses to siege are completely obliterated. See? Gutted.

Will these growing pains/gut punches in the short term result in gains and a better experience in the long run? Maybe. Maybe not for me. Maybe even for me. We need time to tell this. That’s why WOA will be back for a while, exploring this change.

Be sure to tune in next time discuss whether Awakened Legacy is not an NGE but actually Aion’s rebirth.