What would it be like to have your very own Warframe MOA pet? I certainly want one! I’ll get a taste of that this weekend at TennoCon, Digital Extreme’s fourth annual fan convention. I probably don’t have to tell you how excited I am for the event this Saturday. Besides creating the opportunity to meet up with other fans, the studio is known for making each year’s event bigger and better. I’ve been every year since it started and watched it and the excitement for and at it keep growing. I am champing at the bit to learn the reveals and experience new stuff. And for 2019, part of that new stuff will be a Warframe museum, complete with a life-sized MOA! You think they will let me bring it home? Why should the Corpus have all the fun?

END_OF_DOCUMENT_TOKEN_TO_BE_REPLACED
The MOA won’t be alone: Digital Extremes partnered with Volpin Studios to create a number of life-like Warframe statues, props, and surprises for display at this museum. (Surprises? Like my own MOA?!) Those who attend TennoCon — and follow us here and on Twitter — will get to see a giant Rhino statue, a Lotus Helmet, a Relic, and more alongside the robot.

DE is sure spurring my hype meter higher and higher. Did I mention I can’t wait? I might even have to go see Spiderman: Far From home ASAP just for the exclusive TennoCon reveal in the previews! 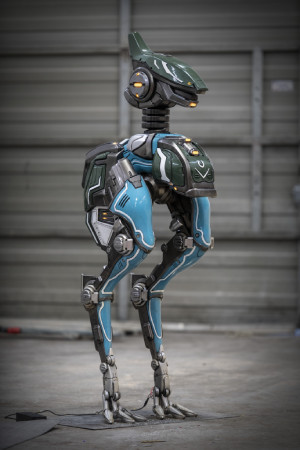 The making of MOA

You’ve got to love when studios offer teases and peeks at what is to come. I mean, it is a painful love sometimes, especially if you aren’t particularly patient. But it is still love! Building excitement is pleasant until the point you want to explode. So fans were quick to latch on to the sneak peaks that devs put out. One of those peeks was a little trailer uploaded to YouTube. Even better, MOP heard more from Digital Extremes about the whole project.

The highlight of the museum is the MOA. This was not slapped-together project, thought up and executed after bingeing extra spicy food (though we may never know!) To make it, seven artists put in a combined 800 labor hours. That’s almost five full 24-hour days each if you average it out. Eleven 3-D printers were roped into service (willingly, I’d assume; after all, they were making a robot compatriot!) to create the pieces, using more than 1200m/1.2km of 3-D printer filament and wracking up a total of 1,000 hours of labor.

How does it look? We can get a peek in the gallery below. I can’t wait to see it in person myself. As for Volpin Studio’s thoughts:

“Partnering with Digital Extremes to create the MOA from Warframe has been an exhilarating experience; not only is the MOA our largest high-detail replica to date, it’s easily the most intricate! It took the expertise of everyone here at Volpin Props to bring this piece to life, and we can’t wait to share it with fans at this year’s TennoCon!”

Speaking of teases, Digital Extremes announced via Twitter that there will be an exclusive TennoCon reveal available ahead of time for fans. All you have to do is go see the new Spider-Man Far From Home movie at select cinemas across the US. That means, make sure you are seeing it at AMC, Cinemark, or Regal!

You won't want to miss the previews for #SpidermanFarFromHome!

Catch a sneak peek at an exclusive #TennoCon 2019 reveal before the trailers.
Available in select Regal, Cinemark and AMC theatres across the US. https://t.co/YAtRPtFwId

I personally hadn’t planned on attending so soon (life is a bit busy – there is a con this weekend after all!), but I want to know what it is! Can I wait the few more days, or will I have to squeeze in some movie time? If I can’t wait, at least it looks like someone recorded it on a phone and loaded it up to Reddit. Not that it wouldn’t be phenomenally more awesome on the big screen, but if it isn’t in your area (maybe you live outside the USA), you can get a taste of that teaser right now.

Also, we need to know whether the reveal is related to the Warframe filming that was spotted in NYC recently. And if not, what was that all about?! This is an answer we need, and I will pry it out of someone at TennoCon if I must. 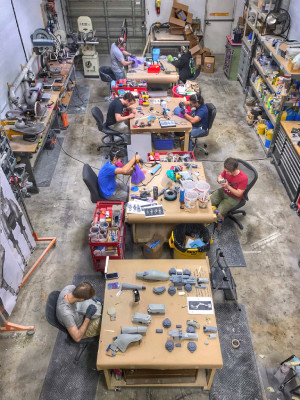 In just a few days, we are going to know the full details of all the TennoCon reveals, including all the juicy info Live Operations and Community Producer Rebecca Ford hinted at about the Empyrean expansion at E3. We were introduced to Empyrean, known previously as Operation: Rail Jack, at TennoCon 2018, and we’ve been anxiously awaiting our space adventures since.

But we know we will hear more about it. And now we also know about the MOA and that pre-Spidey clip. That leaves me wondering what Digital Extremes is holding back and hiding up its sleeve. We know that the studio is ace at keeping things under wraps and stunning the audience with the reveal. So what will it be? What do you want it to be? Speculate here with me! Personally, I’d really like to have a third-person view; our warframes are awesome and they deserve many candid and action screenshots. Along those lines, a way to hide the UI for screenshots would be phenomenal. I am not the only one who needs this in her life!

Whether or not you are attending the con, what are you most interested in seeing? We know the schedule, so it’s a matter of deciding which panels entice you most. There is art, sounds, lore, and more. One of my favorites is always the cosplay contest. You can also share any questions you have and I can seek out those answers for you. What behind-the-scenes stuff are you curious about? I’ll be bending the ear of a dev or three. 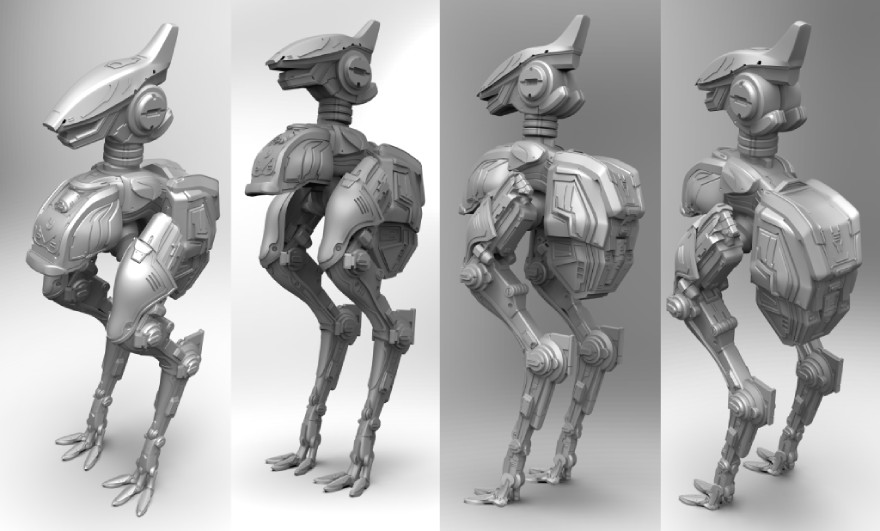 Hope to see you there!

If you are attending the con, let me know! I’d love a chance to meet up and say hi if possible. I can even take your pic with the MOA. And then post it here for all the world to see! (Or not — your choice.)

The count down is almost done. There are fewer than 100 hours until we get to revel in Warframe like no other time of the year. TennoCon 2019, and I can’t wait!

Disclosure: In accordance with Massively OP’s ethics policy, we must disclose that Digital Extremes will be paying for our writer’s travel to and accommodation at this event. The studio has neither requested nor been granted any control or influence over our coverage of the event. We weep for the dev who has to tell MJ she’s not getting a MOA.

Get caught up on all of our coverage of this year’s Tennocon!