Sure, in your normal, mundane life you drive a Prius hatchback, but in your virtual existence, you enjoy a ride that’s a bit more flashy, impractical, and… hungry. Finding the best mount for you in an MMO is half about impressing others and half about amusing yourself, really.

Natalyia seems like she’s having a blast in Guild Wars 2: “I think my favorite mount is the Griffon. It’s probably not as technically useful as the Skyscale, but the feel of gliding around on it is just great, and the getting of it was, while a bit involved, not really arduous.” 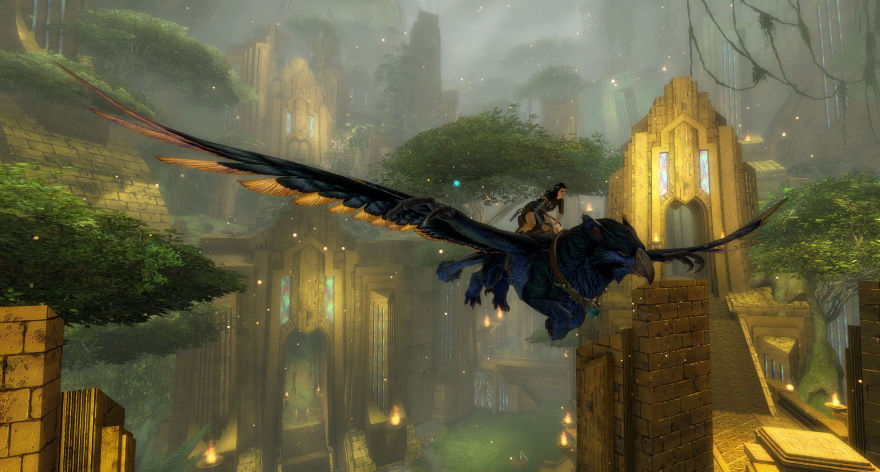 “Korthos Island getaway is still snowing because of the dragon I’m too terrified to kill on the new 90-day permadeath server in Dungeons and Dragons Online,” said Brandon. “I haven’t played DDO in years, and even when I played I preferred to buy packs and content rather than pay a sub fee. But this is the most fun I’ve had in an MMO all year. We got to a frost trap at one point, and didn’t have a rogue. 10 minutes of trying to find anything to work around it in our spellbooks before we tried sending in our summoned skeletons to die in an attempt to short circuit the trap by turning puzzle tiles. Once that failed we drew lots… I lost and died. The others managed to make it, and I re-rolled.” 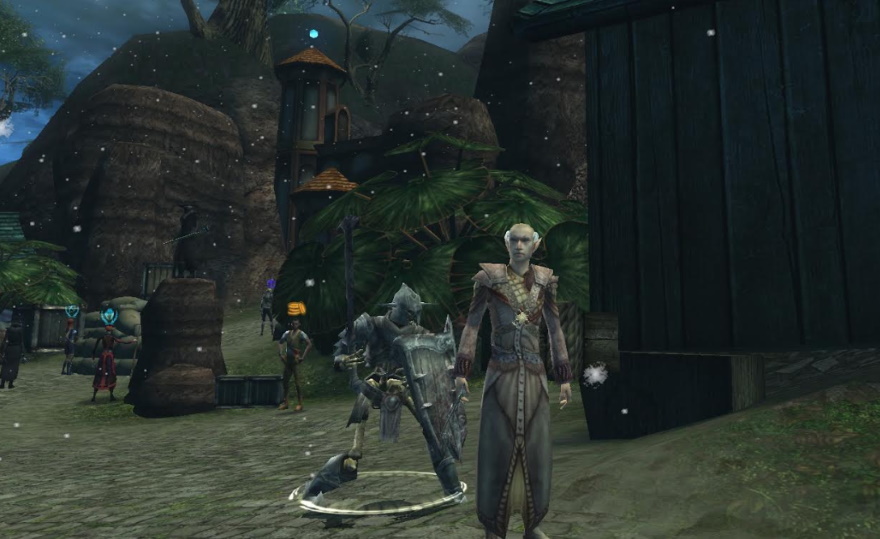 Champions Online makes a good case that you yourself can be the best mount, provided that you were cursed with a magic spell as a kid or drank radioactive slime at some point.

“Mounts? Where we’re going, we don’t need mounts,” said Hikari. “The power of personal flight is better than any mount in any game. Hands down.” 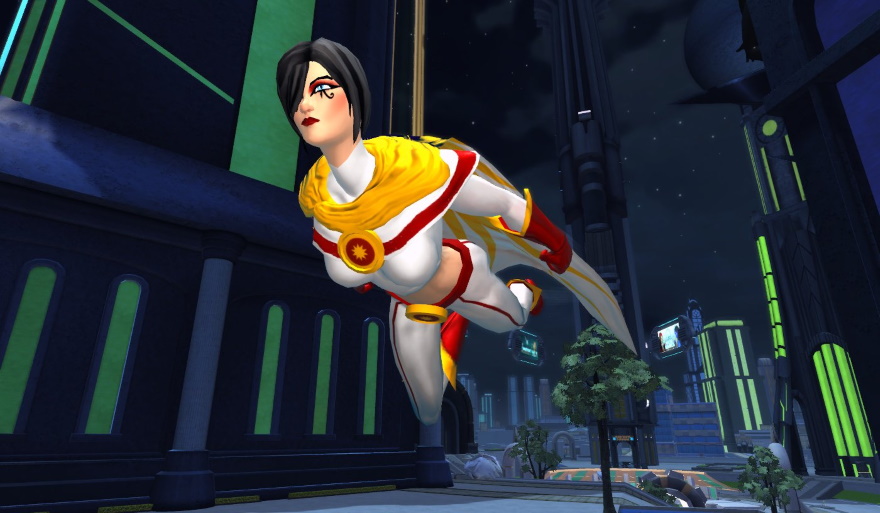 And speaking of impractical mounts that will no doubt get caught up on every doorframe in existence, here is Utakata to speak of World of Warcraft’s propensity to keep creating massive mounts that block access to my mailbox. 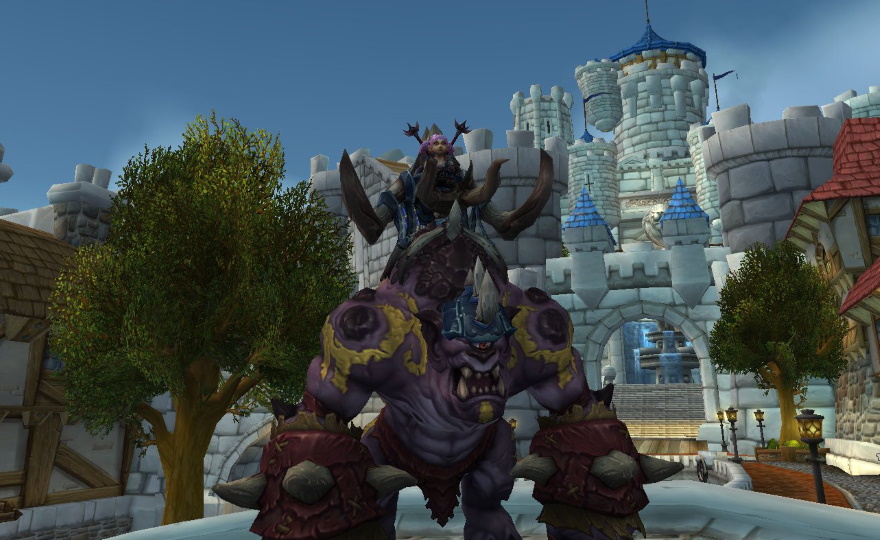 Finally, here is a rather striking mount from EverQuest II of all places. I kind of want this one to follow me into other MMOs. Wonder what kind of carrot I’d need to make that happen.

“I haven’t played in awhile but my High Elf Shadow Knight (was a Paladin and did the betrayal quest to switch) on her nightmare mount in Freeport is probably my favorite,” said Iron Salamander. 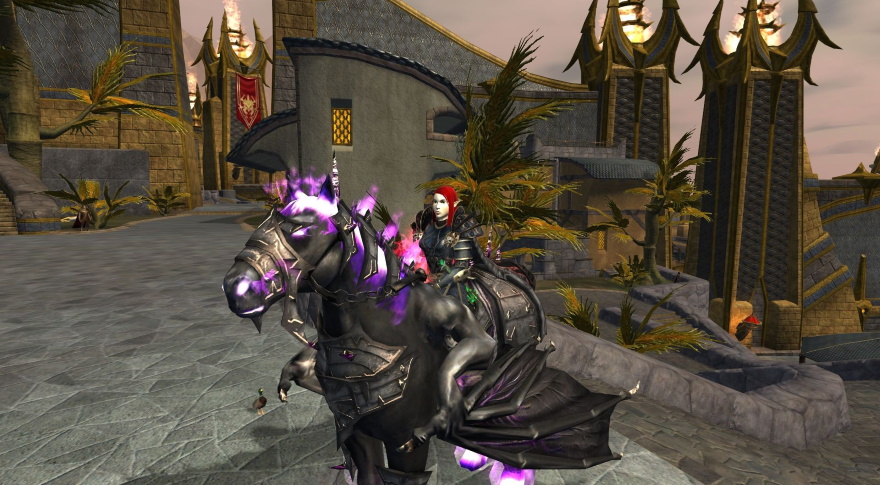 You look like the kind of person who needs a screenshot challenge to make your Sunday complete. Ready? I’m not ready. I’m literally typing this with no idea what the challenge will be. I guess I’m stalling for time at this point. C’mon, Justin, think. Hm. I still have no idea. You know what? Every once in a while I can take a day off of thinking up stuff, so this week’s screenshot challenge is to post something that is just awesome. You’re awesome. Show us this in the comments there.

The new character I created to play through Heavensward is…through Heavensward. This is a screenshot from near the end of that storyline. Also, I wishI knew I had access to the mount in the next one last week.

I spent the last two weeks trying to get to the top of the Moonfire Faire jumping puzzle in FFXIV. Since the seasonal event ends tomorrow, today was my last chance to do it. And I did it. That, in my book, is just awesome.

Also, last week’s challenge was to post our favourite mount. I decided to go the other way with this GIF…

Sunny pobber gets to space

Awesome? Well there is all sorts of awesome because I have lots of caps. Here are three from BnS.

Fly like an eagle. Let my spirit carry me…

PS: Thanks for the plug again Mr. Justin. That’s two weeks in a row now! o.O

Note/Edit: I was referring to myself in the 3rd in that quote. Often when I do that, it’s my disembodied spirit as a reader asking my avatar character for clarification and/or account for what she just posted. Sorry for any confusion with that…

…and since the blue moodies are a going theme for some of the contributions, might aw well reuse this one again. :)

1. Clearing E2 Savage
2. The after party.
All awesome.

Can’t get much more awesome than an ice cream sandwich hat on the Power Flower!

And then a great scene of the Herbal Assault map: Zombopolis on my Peashooter with his baby dinosaur hat. I love the way the city looks dark but you can still see and it looks amazing as I march towards the 2nd capture point.

Now THIS is an EverQuest II mount!

For me, the most awesome thing in an MMO is usually the world. Especially the “if you can see it, you can go there” kind of world.

Landmark was a great example. And it had even a “if you can see it, you can build your house there” world!!